On This Day In History: The Sunbeam 1000 HP Cracks The 200 MPH Barrier At Daytona! 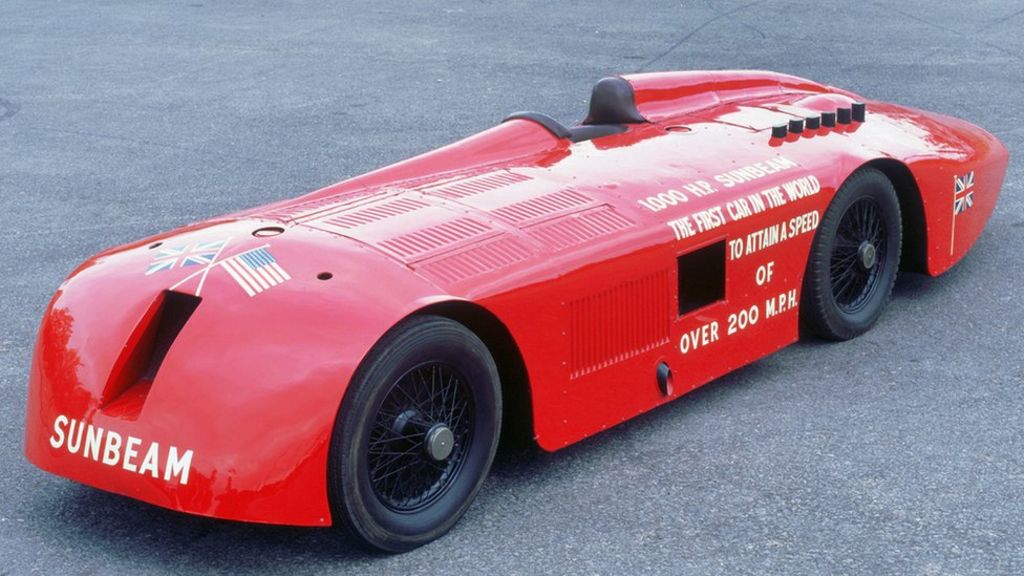 (Lead photo: BBC) For the life of me, I’ve never understood why places like Daytona Beach and the Pendine Sands were the first places chosen to run a land-speed attempt. In the early days of the motorcar, you would think that you’d want the smoothest, safest stretch of useable surface in order to keep control of a vehicle while you are putting your life into the hands of whatever deity you choose to pray to. The sand may look smooth on the surface, and at lower speeds might feel perfectly fine. But as the speeds climb, so do the reactions of the suspension. What wasn’t noticeable at 40 miles per hour was enough to stop a driver’s heart for a beat at triple-digit speeds. If a beach was the best place to crack the throttles wide open, then that tells you all you need to know about the drivers of cars that went for record attempts at the historic sands.

And yes, I meant “throttles”. You see, it was on this day in 1927 that Sir Henry Segrave sat at the controls of the Sunbeam 1000 HP, a proper beast of a machine even by today’s power ratings. The 1000 HP moniker was a bit optimistic, but 900 horsepower was well within reach. In 2020, 900 horsepower will give you a thrill like none other. In 1927, you were genuinely reducing your life expectancy to the duration of the event and only once you slowed the car back down to manageable speeds would it return to normal. The Sunbeam’s power came from two Sunbeam Matabele 22.4L aircraft engines that had been robbed from a powerboat, mounted one ahead of the driver and one behind. Compressed air fired the rear engine off, then using a clutch the second engine was lit. Relying on a pair of chains for final drive, Segrave would ultimately run 203.79 miles per hour for the record, the first vehicle to break the 200 MPH mark.

Segrave himself was a wild enough man. He fought in World War I, flew for a bit before a crash turned one ankle into a jigsaw puzzle, and raced until the end of his life, when his boat crashed while attempting a water speed record.

Mark Williams Has Brakes For Every Type Of Drag Car, From Brackets To Pro Stock To Pro Mod, They Have Your Stopping Covered Water Meth Or Intercooler? Which One Really Does A Better Job Of Cooling An Intake Charge