The Cash For Clunkers Story: How The Car Allowance Rebate System Was A Failure 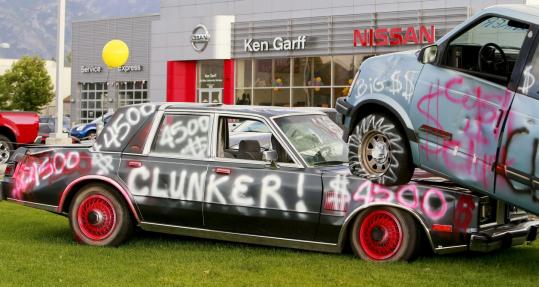 I won’t hesitate to express my venom over the Car Allowance Rebate System. For the duration of the program, you had dealerships everywhere proudly proclaiming that what was a very capable vehicle when it was traded in was a “clunker”, usually spray-painted on the doors or marked on the glass as if it was the f**king Scarlet Letter. About this time, I was getting out of the Army, had cash in hand, and wasn’t too hot on buying new after an incident involving a Dodge dealership. Used car lots were my havens, but during the C4C program’s run dates, vehicles that I would’ve looked at were parked up in piles. Videos of cars like C4 Corvettes and pickup trucks that had absolutely nothing wrong with them being killed using the sodium silicate solution were flooding into YouTube boiled my blood, and when the list of vehicles that went into the program came out, “pissed off” couldn’t have even covered half of what was the truth.

The most popular vehicle traded in was a Ford Explorer, but vehicles like the known GMC Typhoon, various Mustangs and Camaros, Toyota Supras, and other cars in the THOUSANDS were sent to their final fate prematurely. Hundreds of thousands of vehicles…engines and transmissions, destroyed. Chassis, destroyed. And why? A few thousand bucks to spend on a vehicle that was supposed to be more fuel efficient than the car that some mouth-breather traded in for the program. The Roman from Regular Car Review takes a look at the program, from the origin of the program to the results and effects that have echoed since the program stopped.

6 thoughts on “The Cash For Clunkers Story: How The Car Allowance Rebate System Was A Failure”