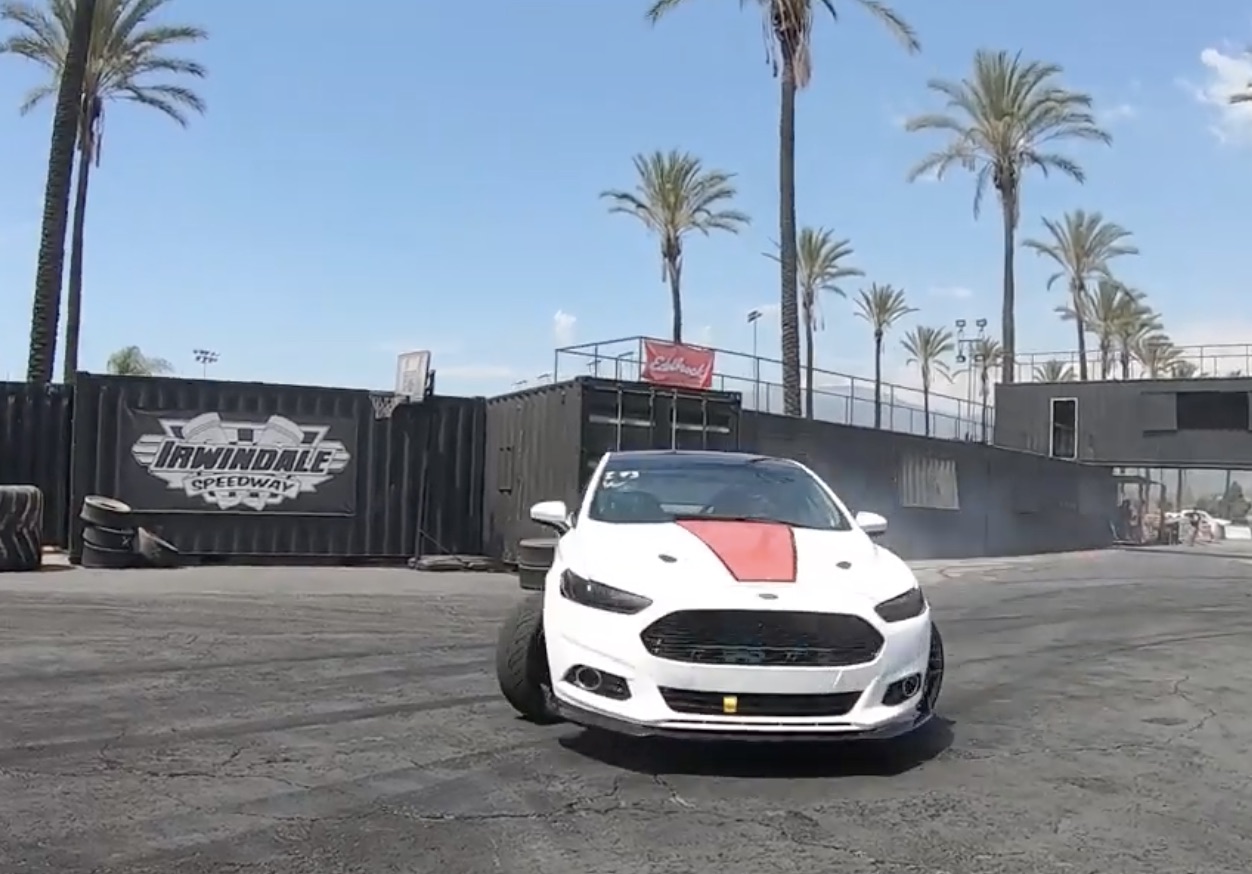 The build of the rear wheel drive converted, Coyote-powered Ford Fusion is over. The car is wearing it’s new livery, the Coyote is hungry enough to go chasing road runners in the desert, and it’s time for this drift build to actually…well, drift. Matt Soppa’s Ford Fusion has been on our radar for a while now, simply because we love the audacious nature of this build. It’s righting a wrong that Ford made, it’s the Falcon we never got to see in the States. V8, rear-drive sedan, with a six-speed, room for at least four adults comfortably, but not a complete and utter land yacht would’ve been amazing to see on dealer lots. Instead, the best we got was an all-wheel-drive twin-turbo V6…not bad, actually (we drove one!) but obviously, if we had the choice, we’d go for the V8 model every time.

In case you wanted to know what could have and should have been, here’s some auditory delights for you: the Fusion getting the break-in treatment at the Hoonigan Burnyard at Irwindale Speedway. Soppa built this car to be a drift machine first and foremost, and there is no better place to give the car the full beans. Camera man Corey might have had a bit of an entertaining day during filming, but hey, nothing is worse than a boring day! Bet you can’t find a nastier one at the local Hertz rental lot!

Holley LS Fest X: The Motherlode Arrives For The Festivities! Scrapple, Your Guide To The "meh"-Worthy News! This Week: Safety For You, Because You Need It!

One thought on “The Coyote-Swapped Ford Fusion In Full, Unadulterated Action! Soppa Shreds The Burnyard!”