The Other Dodge Diesel: Get Close-Up With A Diesel-Powered 1978 Dodge D200! 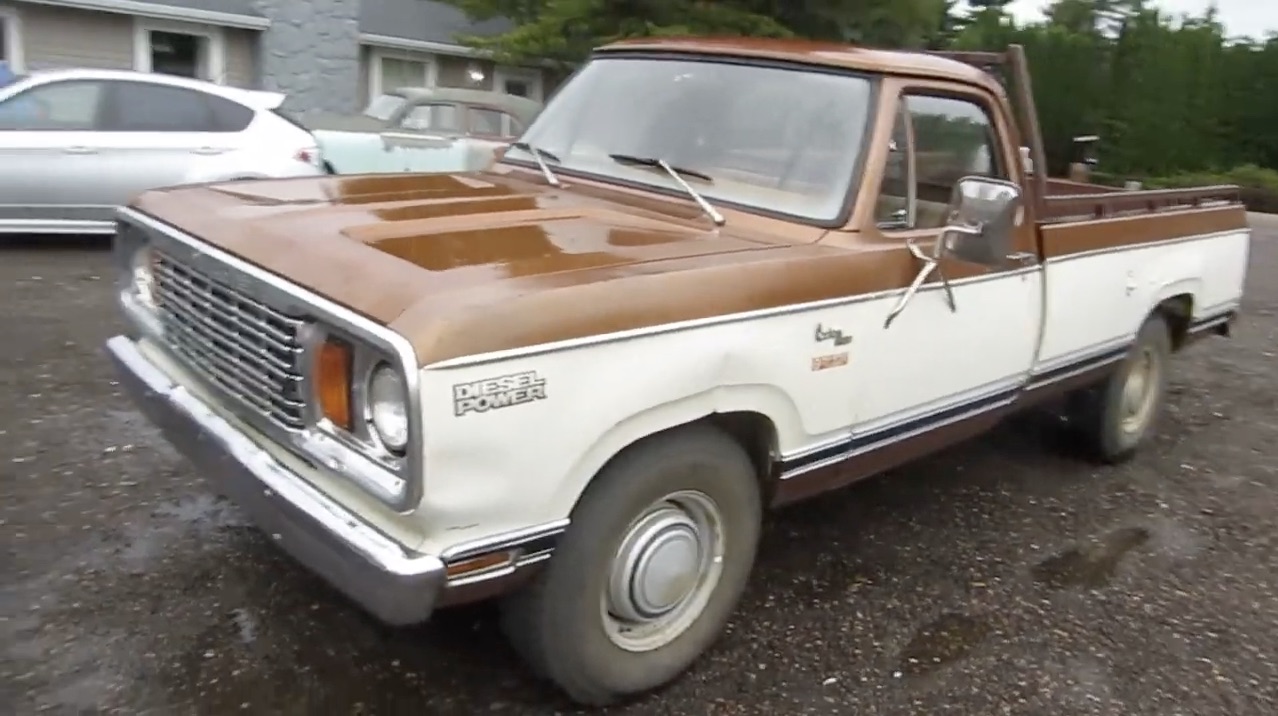 Say “diesel Dodge” out loud, even at a whisper, and the fan boys come flowing out with yowls of Cummins this, roll coal that, and some absolutely ragged but absolutely brutal square-body Rams that sound like the industrial revolution in full swing at idle. I’ll rip on the diesel freaks all I can, but I can’t talk bad about the Cummins engine…they’re revered for a good reason. But they are not Dodge’s first attempt at pushing a pickup around with an oil burner. In the late 1970s, the Dodge D-series was sold with a diesel engine option, but it was not the Cummins…instead, it was a Mitsubishi mill, the 6R5D six-cylinder. It was a diesel, yeah, but the Slant Six was more potent in just about every form. The only way the diesel D-series was an appropriate choice was either as a mileage maker or as a work truck where diesel was more plentiful than gasoline.

As we stick our nose back into the world of the Canadians of Cold War Motors, you’ll not only get a chance to experience this unicorn of a Ram, but some work on a mid-1960s Chevy that has the “opened too wide” door cave-ins, a bit of long Lincoln, and some Citroen work as well. Check it out: