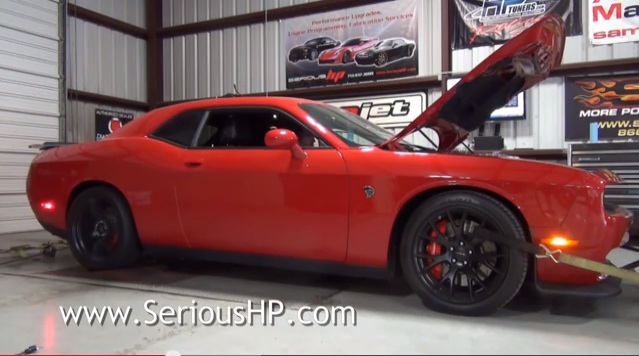 You’d think 700-plus horsepower would be more than enough for most people. You’d think so, but if that number is stock, it’s safe to assume that someone, somewhere will try to eek out a few more ponies from the engine. Case in point: this Hellcat Challenger was converted to run on e85 by Serious HP in Houston, TX. By using e85-capable injectors, an additional fuel pump, an upgraded driveshaft and tuning by HP Tuners, the Mopar laid down 753 RWHP and 670 RWTQ, with power climbing steadily up until about 6,500 RPM. This particular Challenger is a TorqueFlite 8-equipped car, so does anybody want to take a shot at what the at-the-crank numbers are for the car?

While this will undoubtedly be the end of any factory warranty, there is a caveat: the car is being power-limited for the transmission’s sake. If the transmission can be tuned and/or upgraded, four-digit horsepower figures aren’t far behind.

The Rigs Of Del Mar - More Shined Up, Muscled Up, Or Ratted Up Trucks From Goodguys Del Mar NASCAR Racers Are Now Getting Digital Dashboards In The Cars