Thundering History: Listen To The Sound That The First Bonneville Racers Heard in 1914 – The Fury Of The Blitzen Benz Four Cylinder 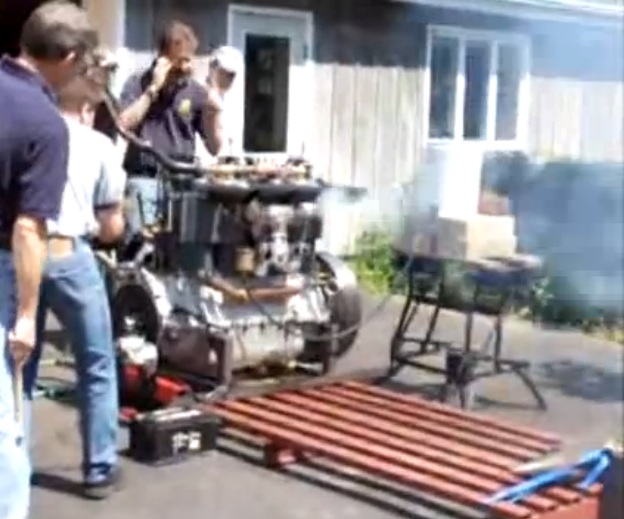 Speed Week 2019 will mark the 105th year that the Bonneville Salt Flats have been used as a venue for land speed racing. The star of the show during the first “meet” at Bonneville in 1914 was the monstrous Blitzen Benz, one of a handful of the machines built to smash performance records all over the world. We’ll tell you the story of that event in length over the course of the coming weeks but in order to understand the story you need to know the horsepower players.

The merits of the “records” set at the first Bonneville meet are dubious at best and we’ll get to those in the story we just teased you with but the equipment, that’s a well known and established fact. The steed that Teddy Tezlaff drove at Bonneville was one of the ultra rare, and incredibly powerful (for its time) Blitzen Benz cars built in Germany and shipped over to the USA. Powered by a 1,312ci four cylinder and making a robust 200hp, these things had set records at Ormand Beach and other places where long stretches were available for the car to really stretch out. Amazingly, a few of them survive today and this video shows that 1,312ci four banger running on a test stand outside of an engine builder’s place in Pennsylvania after being refurbished. Now, the normal starting procedure on this thing is MINUTES long. We’re talking about five or so. This video picks up right when the thing is starting.

The sound you are about to hear is the exact same one that assaulted the ears of the small group assembled at Bonneville (then known as the Salt beds of Salduro) in 1914. It is beautifully ragged now but can you imagine what people thought of it in 1914?! Hit the link below for some auditory learning about land speed history.

PRESS PLAY BELOW TO SEE A 1,312CI FOUR BANGER THUNDER THE GROUND AS IT DID 100 YEARS AGO –

2 thoughts on “Thundering History: Listen To The Sound That The First Bonneville Racers Heard in 1914 – The Fury Of The Blitzen Benz Four Cylinder”