VIDEO: One of the most chilling crashes caught on video. It’s incredible that this guy fully recovered 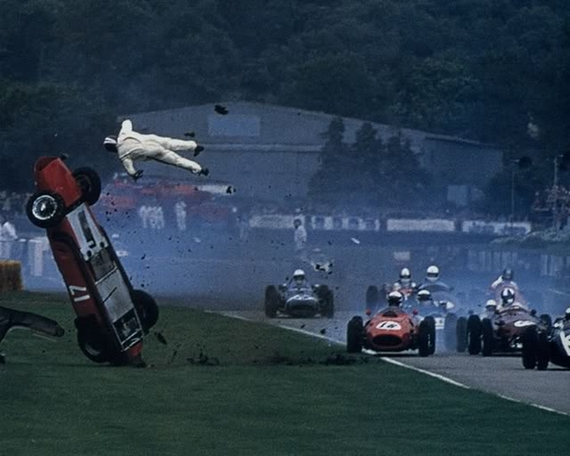 You’ve probably never heard of Nigel Corner, but he’s a British driver mostly known now for racing vintage cars. In this absolutely amazing video from the old Speedvision — when they used to show cool stuff like “racing” and “cars” — we get a cockpit view of one of the most horrific crashes in vintage racing.

Alain De Cadenet, who you might remember as the British guy from the viral video who narrowly missed being decapitated on a low pass by a Spitfire, is the narrator here. He was a Speedvision regular in the late 1990s and early 2000s, with fantastic shows like Victory by Design.

He’s also a world-class driver. He raced 15 times at the 24 Hours of Le Mans, and ran his own Formula 1 team, with Graham Hill at the tiller. He knows cars, and he’s a hell of a driver.

In this footage from the 2000 Goodwood Revival, De Cadenet dumps the clutch in a Cooper Climax T-51 as the green flag drops, hoping to get to the front of the pack before the first corner.

Suddenly, Nigel Corner comes in from the left in a Ferrari 256 Dino and makes contact with De Cadenet’s Cooper. The Ferrari’s rear wheel rides up on the Cooper’s front wheel and calamity ensues, with Corner’s car barrel-rolling on the infield.

On the first roll, Corner was ejected, flying 20 feet in the air. It looks horrific, but given the alternative, Corner was probably better off away from the rolling Ferrari. He dropped from the air and landed on the tire wall, which probably went a long way toward saving his life.

In the end, Corner only suffered cracked ribs and a broken collar bone.

Jeff Gordon Taxi: How To Scare The Daylights Out Of A Doubting Jalopnik Writer - EPIC eBay Find: $50,000 For 40 (Or More) 1960s Chevelles, Trucks, Impalas, and Lots Of Parts....But There's A Little Catch

4 thoughts on “VIDEO: One of the most chilling crashes caught on video. It’s incredible that this guy fully recovered”