What’s It Like To Drive A Stripper Chevy Colorado That Has Been Jammed Full Of Everyone’s Favorite V8? Mr. Regular Finds Out! 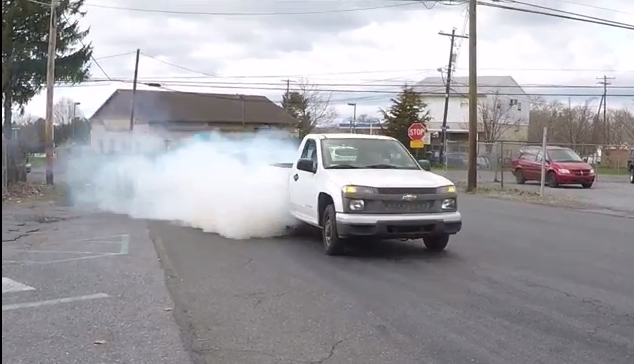 Pulling off a sleeper is actually pretty difficult nowadays. Most older iron is immediately suspect simply because it exists, most modern stuff driven to the track is known to be capable. The only way to get around this is to find a vehicle that looks like a rolling turd but accepts the heart transplant from a much more capable vehicle…ah, yes, a fleet-ordered Chevrolet Colorado that looks like it suffered a good decade or so as a NAPA parts delivery truck fits the bill nicely, doesn’t it? The sealed-beam headlight grille is pretty much announcing to the world that a barely-adqueate four-cylinder was under hood, the body looks like hell and the interior…so much gray plastic everywhere. It is rough as all hell, and in any other condition would be ready for the scrap yard or would be the perfect truck for the teenager you wouldn’t trust with a potato. But there is one hitch: the Colorado platform did come with the LS engine, and that’s what we are really looking at here: note the rear tires, listen for the turbo, and let Mr. Regular take you on a first-person tour of this four-wheeled sociopath.

Land Speed Photos: Cool Action Images From The Final SCTA El Mirage Meet Of 2015 This Big-Block Chevy-Powered Toyota Only Knows One Rule About Racing: Stand On The Loud Pedal!

3 thoughts on “What’s It Like To Drive A Stripper Chevy Colorado That Has Been Jammed Full Of Everyone’s Favorite V8? Mr. Regular Finds Out!”