Wicked Wedge: The Legend Of The Cannonball Run Lamborghini Contact 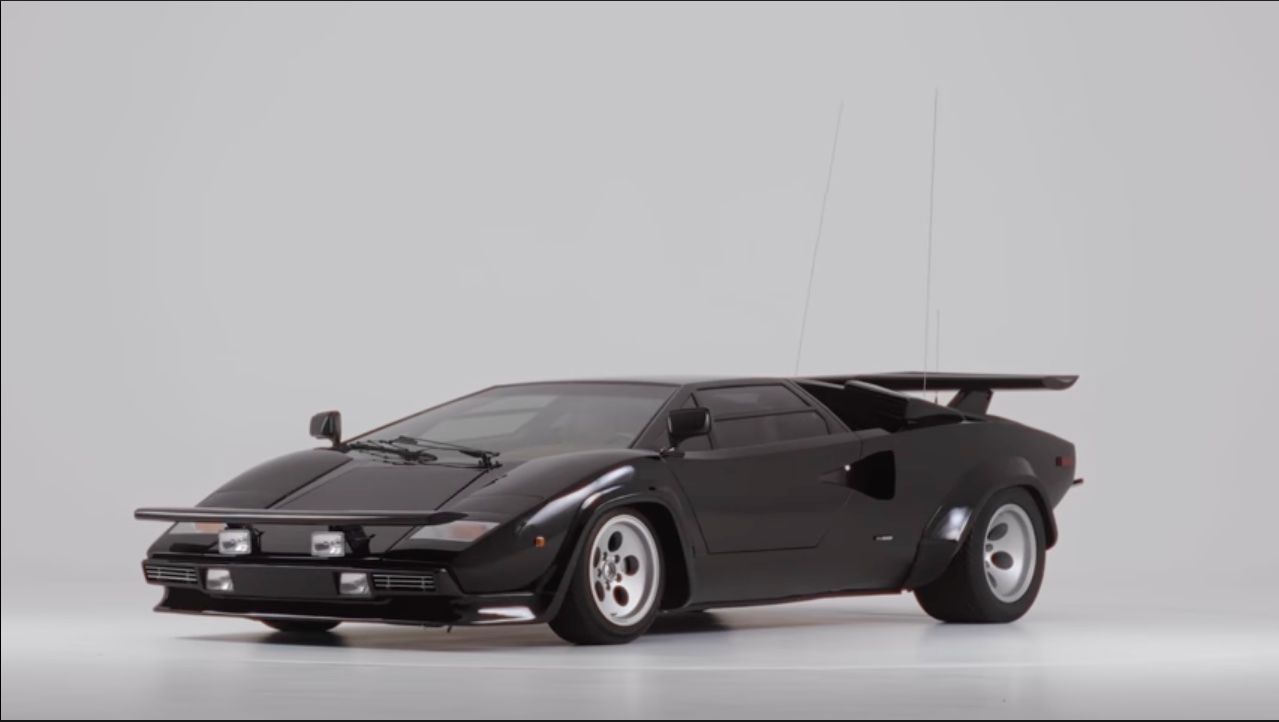 It’s 1988. I’m five years old, looking for something to watch from the catalog of VHS tapes in the downstairs living room, since it’s a rainy Saturday in Colorado Springs and most of the adults are already tired of dealing with the hyperactive kid. Most movies didn’t appeal to me, and flicks like Porky’s and Stripes wouldn’t appeal to me until I was older…and my sense of humor became more twisted than a ponytail caught in a spinning lathe. Cartoons were normally enough, but then something catches my eye: Burt Reynolds and cars on the cover…but there isn’t a black Pontiac Trans Am in sight. I knew what Smokey and the Bandit was by this time, but I hadn’t seen the movie that had a fat guy in a cape and a Dodge van painted up like an orange creamsicle. Choice made.

For pretty much any gearhead who has seen this flick, they know what this car means. The opening scene of this black UFO of a car, straight-up howling through the desert roads near Las Vegas with the sun starting to set behind the mountains. Compared to the slab-sided early 1970s barges and neat little 1980s cracker boxes that filled the Austin Bluffs neighborhood, this angry black doorstop was absolutely mental. Then the car screeches to a stop and a knockout blonde steps out, spray-paints through a 55 MPH road sign, and begins a chase with a very agitated trooper in a Pontiac Turbo Trans Am police car. Nevermind the jokes, the story or Burt Reynolds’ ‘stach…what the hell was that black car?

The Lamborghini Countach was a bonafide legend years before Hal Needham put it onto film. The name of the car itself said plenty, being an Italian translation for “holy shit”, the words that were supposedly spoken by one of the first people to lay eyes on the LP400 prototype. But most audiences wouldn’t have known about the psychotic supercar past a photograph in a magazine. Word might have gotten around, but actually seeing one or even hearing one? This car, this movie, that opening scene.

One thought on “Wicked Wedge: The Legend Of The Cannonball Run Lamborghini Contact”