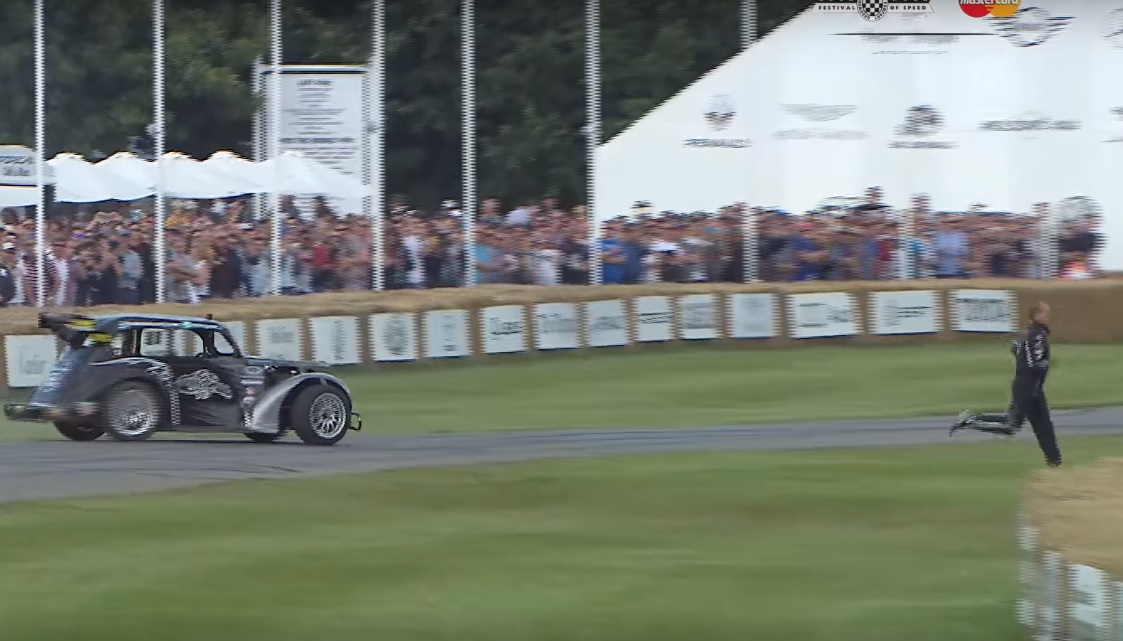 There are about 8,000,000 things I want to post from last weekend’s Goodwood Festival of Speed across the pond in Sussex. The always-badass Beast of Turin was there, as were most of the fire-breathing F1 and sports cars that people drool over. Even Mad Mike Whiddet’s insane four-rotor rotary Miata drift car was incredible, but Terry Grant’s stunt show was every bit as mad as Whiddet’s act. Grant whipped around a TVR convertible for a bit, but the best parts came from some A+ hoonage in a tiny Legends car.

Grant aced the donuts part of the stunt-show test with the inside-front wheel stationary while the little tires turned to smoke and made concentric circles in Lord March’s famed driveway. But the piece de resistance came when the stuntman did some Expert-level ghost-riding, leaving his Legends car in circles while he fetched a fan’s smartphone for some first-person filming of his own antics from outside the twirling car.

Watch As Friends And Fellow Racers Pay Tribute To One Of Their Own At Shakespeare County Raceway Unhinged: Why Losing Top Gear USA Royally Sucks.