Story Time: The Ballad of Bobbo, Part 1: Small-blocks And Lots of Fire 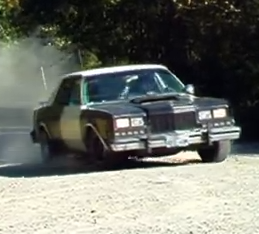 We all have known at least one person who is so mental that they both impress you with their knowledge and understanding, and yet at the very same time scare the holy hell out of you because they are kind of unbalanced, volatile, and unpredictable. Here’s the story of the one in my past.

My first Internet hangout was Farley’s Page, a website that catered to Chrysler Corp. M-bodies. I joined somewhere mid-2000, after I had gotten my ’78 LeBaron. It  was a place to BS with guys over cars when I didn’t have anyone to BS with way back when. And shortly after I arrived, Bobby did. 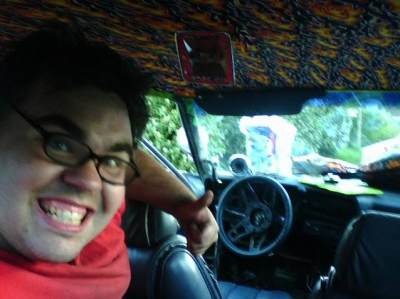 Meet Bob. Bob is a happy, excitable guy who is full of fun…and occasionally, beer. He loves music, cars, women and fire. Not necessarily in that order. He’s even a meme celebrity. This is the guy whose first words to me were, “I just flew in from the sperm bank, and boy, are both of my arms tired.”

Bobby entered Farley’s world sometime after I joined the Army. He had acquired a Diplomat from an older couple that had a fragged transmission. He built the car up with a basic budget build, swapping in a 727, upping the rear gears to a respectable 3.23 ratio, and hopping up the 318 to push a bit more power than the 140hp it was supposedly given from the factory. The light blue sedan got a set of Ansen-style slot mags in perfect ‘70s sizes…

And that’s when things started to get weird.

I equate Bobby to a mad genius. He’s not happy until the townsfolk are running for their lives at the hands of the creation he’s poured his heart and soul into this week. It was small things at first, yes, like the Ansen wheels…or the Lincoln turbine wheels…whatever looked good at the moment. But next came the flamethrowers. (YES, YOU READ THAT RIGHT.) Then the black-and-white paint scheme, mostly cop, some ’69 Coronet R/T. Then the side pipes. Then videos started to appear, showing a 400lb man drifting a spray-bombed Dodge around dirt roads in very northern Washington State, having an absolute blast doing it. The reaction at Farley’s was biblical and the moderators gave him a vacation to think about what he had done. Somewhere in mid-2005, I had moved back to Washington, and had to see this for myself. Meeting up with him at a Burger King a couple hours away from base, I started to see what the appeal was…it had a heavy “ratty muscle car” vibe to it, and Bobby’s personality added to the legendary status…you can’t make up seeing a flame-throwing Razer scooter. You just can’t.

We went to Pacific Raceways once that year, Bobby with the Diplomat, me in a FWD Regal that I’d been using to hustle idiots in Jettas around Tacoma with. We went through tech at the same time, so while I was being admonished for the little center caps my Regal had, I heard Bobby’s tech yelp out, “What the f**k is this shit?” Bobby had wrapped leftover pizza in tinfoil, set it on the manifolds and had redneck-nuked his lunch on the way to the track…and forgot about it. I was on my ass laughing as I watched a tech go blue in the face as Bobby munched a slice of pepperoni pizza right in his face.

I made bracket-racing poetry happen. Then Bobby pulled up and tried to perform a half-track burnout in a mid-80s Dodge. I don’t remember times, I do remember he was better than my 14.78 time. I also remember some pony-tailed guy in a Mercedes-McLaren SLR looking like he was gonna vomit upon the sight of the Diplomat. I loved it. A LOT of people loved it. Flat black, cop paint with the stripes, and at that moment, was sitting on Ford Ranger wheels painted red with whitewalls up front and the Ansens out back. It was a visual bomb and everyone was staring at it.

We left the track and Bobby went into full drift mode, bent on killing the BFG T/A’s. He whipped a few donuts on the access road, then rocketed towards HWY 18 with the tires blazing. I headed south back to base, and within a couple of minutes my phone went off. He had been having so much fun drifting that he had missed the turn for the on-ramp (something that can be done if not paying attention to the turn), and ended up screaming down the off-ramp from HWY 18. After  nearly having a head-on with a Kenworth, he spun the car 180 degrees and shot back up the off-ramp and found a nearby store to sit at for a few minutes, I’m sure to keep a minor heart attack at bay.

You think that’s insanity served cold? Just wait until Part 2. Nothing helps the insanity out like a big-block swap. 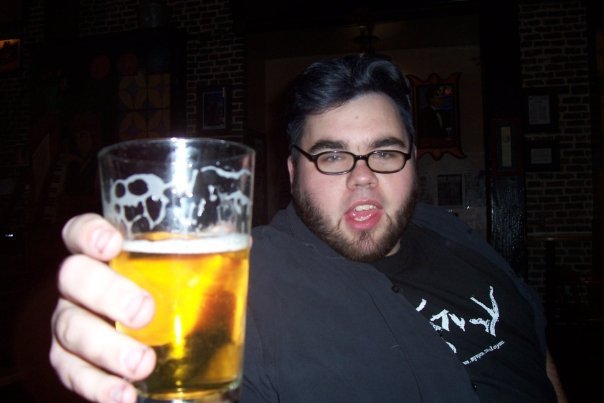 Watch The Earliest Videos of 'Chuteless Skydiving-Nerves of Ice Mandatory Watch This Mustang Pull A Massive Eighth Mile Wheelstand With No Bars, Smash The Ground And End Up On The Wheels

9 thoughts on “Story Time: The Ballad of Bobbo, Part 1: Small-blocks And Lots of Fire”