Gates Salvage Tour Part 2: We Continue Our Romp Through The $500 Junkyard 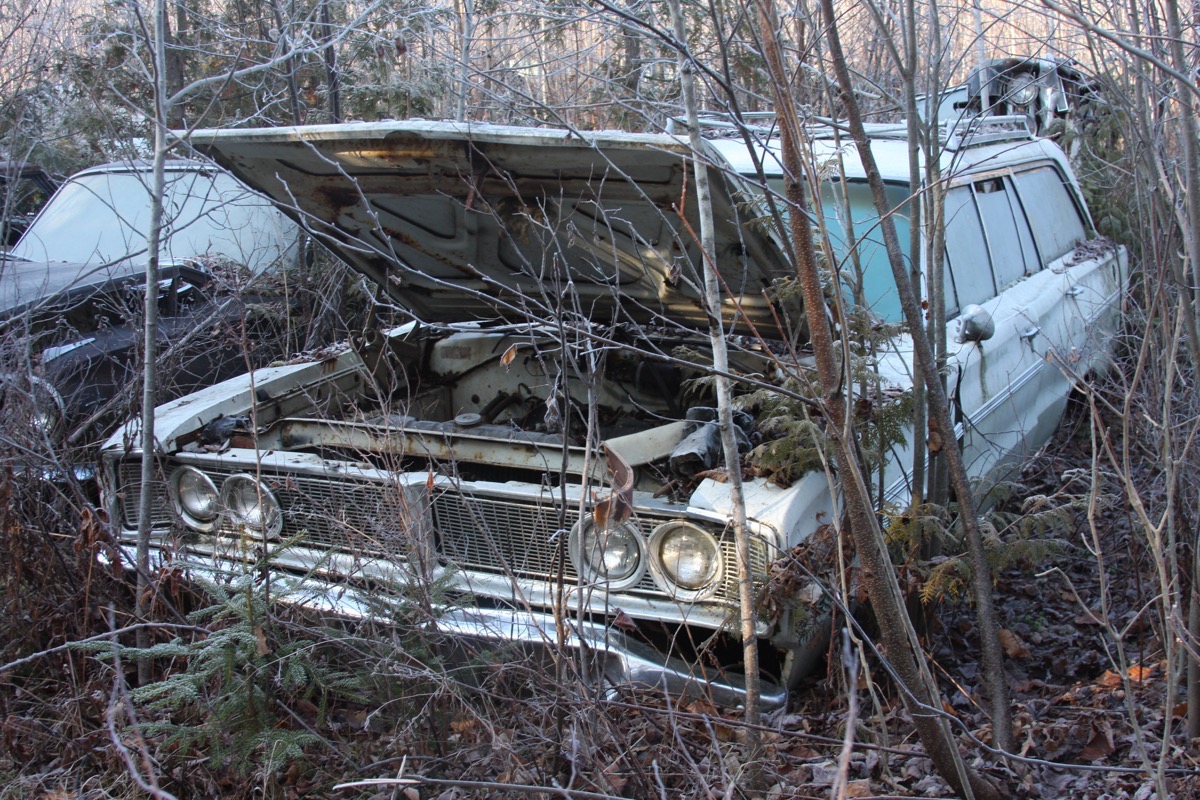 We’re back with more images and coolness from Gates Salvage in Hardwick, Vermont. Craig Fitzgerald from BestRide.com and I spent the better part of a day roaming through the place and to be honest we could have spent another whole one up there and really gone whole hog. We’re grinding this point into dust by now but the reality is that every car you will see here can be bought from the place for $500. Are they all worth it? Not as restoration candidates but certainly as parts donors. None of the parts on these cars will be getting cheaper any time soon so to scarf up something you can pick over like a turkey carcass is totally worth it.

Like I mentioned yesterday, Hardwick has a population of 3,000 and when you take into account the fact that the yard is about 5x the size of just the vintage area there may actually be more cars there than people in the town. It is interesting to think about how stuff got into the yard because many of the cars are not crashed up. The strange mix of small European and early Japanese imports point to the fact that college professors or other “enlightened” members of the local gentry lived in town and lots of the full size wagons and sedans seem to have gotten there as potentially second cars that were passed to a kid and then driven into the ground.

The game that Craig and I played was pretty simple. “Is this worth $500?” We found very few cars that didn’t make the cut. Here’s the deal. When Gates decides to start crushing this stuff to make more room for late model cars, you’ll be crying in your beer that you didn’t go hunting when you had the chance. DO IT! (after looking at these photos)

What Could Be Sketchier Than A Sprint Car At 150 Miles An Hour? How About Losing A Tire In The Corner? Rough Start: Could This 1972 Ford Maverick Be Your 1/2 Scale White Lightning Replica?

4 thoughts on “Gates Salvage Tour Part 2: We Continue Our Romp Through The $500 Junkyard”