SEMA 2018: Did You Ever Expect Custom Vans To Return?! 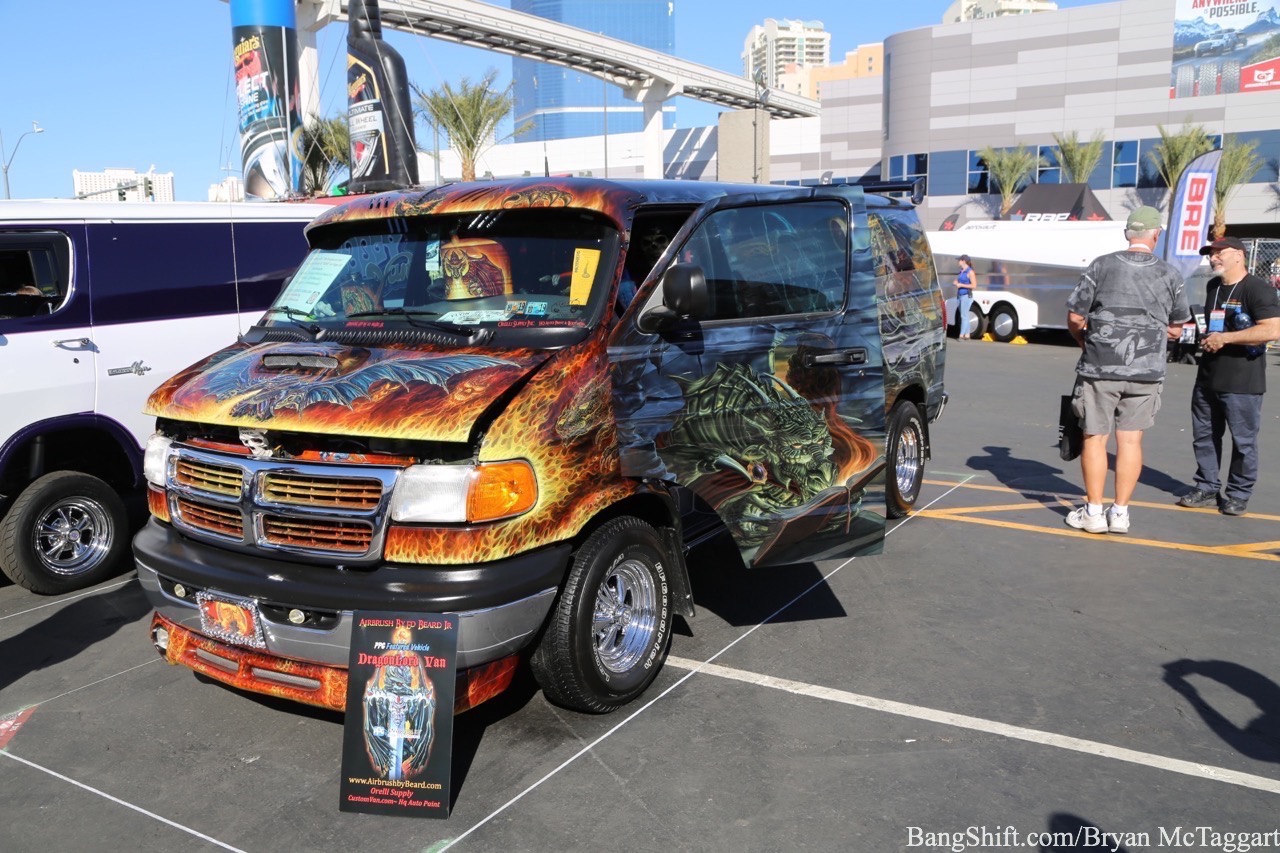 A lot of people will deride just about every 1970s automotive trend, but as I have been expecting, we’re seeing an embrace of car culture with each passing year that comes from the Decade of Disco. The last couple of years have seen some minor nods to things like vans, but at SEMA 2018 there were several all-out throwbacks and certainly 1970s-themed builds on hand. The Squarebody Syndicate’s GMC Indy Hauler build sat on the floor with red and blue strobe graphics on a white body, and was parked on some upsized American Racing Vector-inspired wheels. Outside, the Dodge B-series brought in by Airbrush By Beard and the Boogie Van Chevrolet parked next to it had hoards of fans milling around, some old enough to remember when vans were cool the first time, others seeing how wild a rolling breadbox could actually be for the first time. Take a look at the Bronco that Mobsteel brought in that sported plenty of Di-Noc down it’s flanks and white-spoke wheels, and as you go through the photos, see if you can find the Goolsby Customs’ 1974 Plymouth Duster.

Maybe next year we’ll see a 1975 Plymouth Road Runner with a Hellephant crate engine? We can hope! Until then, stay tuned…we have plenty more coverage on the way!

If you missed our last SEMA gallery, click here! 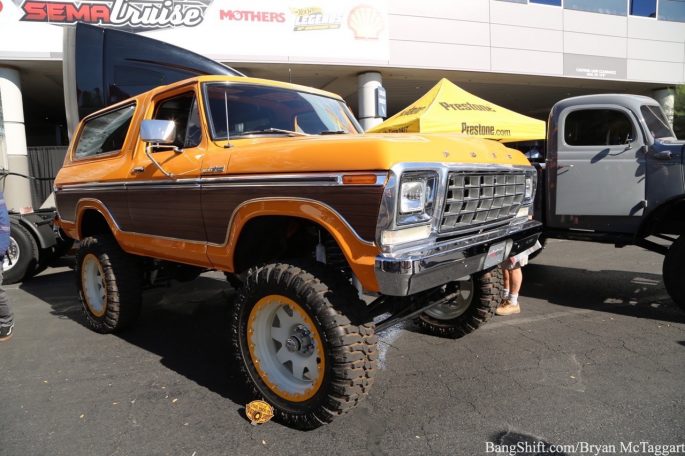 Finnegan Teaches Strong Advice On Anniversary Gifts: Get Her What She's Wanted For Years! Unhinged: Someone Messed Up And Let Us Drive A Stock Car