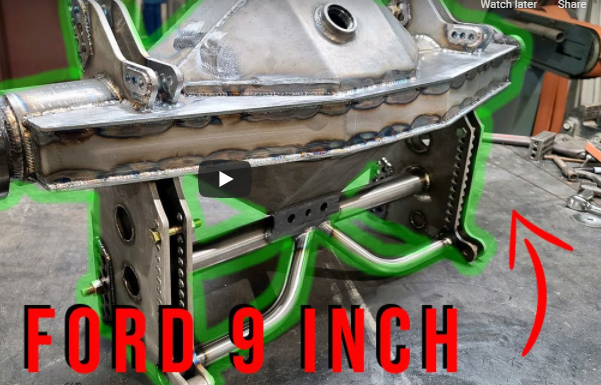 When you build a car that is capable of making thousands of horsepower, and then utilizing it to run the quarter mile in 6 seconds at over 200 mph, there are a lot of components and parts and pieces that have to go together just right to make things happen. That’s probably the best way to describe the rear end in one as well. After all, it is made up of a bunch of parts and pieces and components. Some are welded together, like the housing center, axle tubes, and bracing. And then there are the brackets for all the suspension mounting points which not only get welding to the housing, but also have doubling plates welding to them for stength. And that doesn’t even count the axles themselves, the hubs and bearings, or the spool, gears, and bearings that support them.

There is a lot going on between those big tires. In this episode of the build you’ll see the entire rear end housing going together. It isn’t rocket science to put one of these together, but it does require patience and a meticulous eye. And a lot of filler rod.

If you have been watching, stay tuned as there will be plenty more build episodes coming over the next few weeks. This thing is supposed to be racing in May! If you haven’t been watching until now, use the link below to watch whatever you’ve missed.