Do Gen 3 Hemis Make More Power With An Aftermarket Cam? Of Course. But Which One Makes More? Early or Late Gen 3? Watch 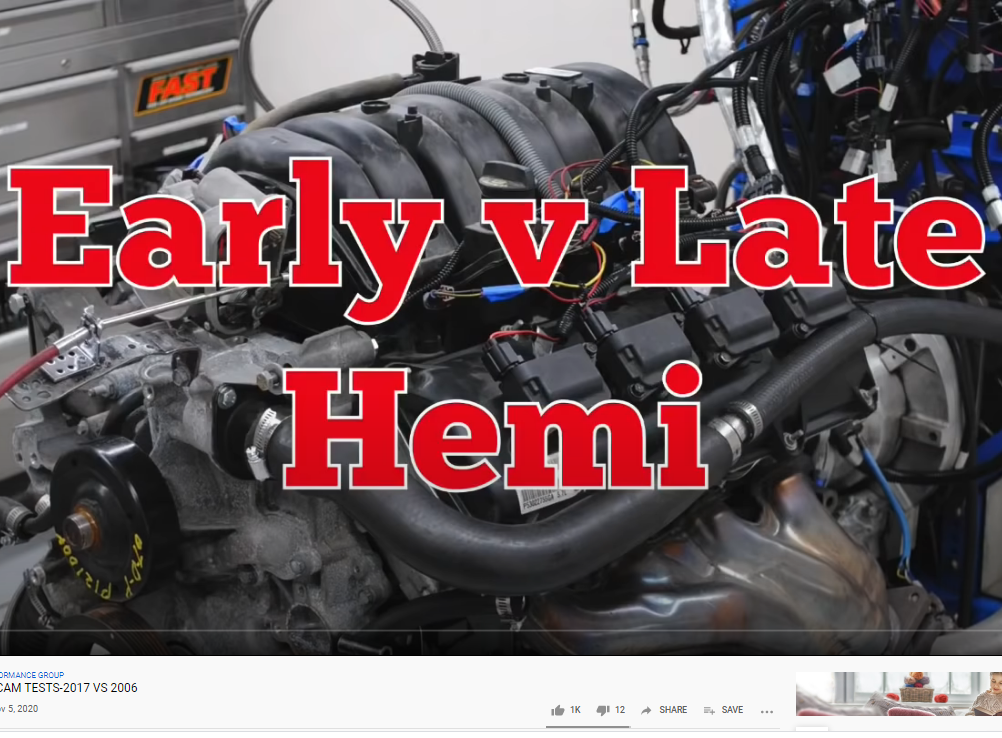 With incredibly rare exception, swapping out the stock camshaft in an engine for one with more lift, duration, and different cam timing will make more power. But do similar camshaft upgrades make bigger power gains in one engine of the same displacement than another? Well, yes. Watch the video below, and listen to what Richard Holdener is saying, to see just what kind of difference there is in power gains between the early and late Gen 3 Hemi engines. There are some key differences in the early and late engines, even though they are both Gen 3, and those differences can make big changes in total power potential, especially when doing something like a simple cam swap.

As a bonus, there is also some talk about the dual runner intake manifold on the late model and how it actually effects power. See actual dyno numbers to see just how short vs long runners make big changes in peak torque and peak horsepower, as well as power averages under the curve.

Here is what Richard put in the description for this video.

WHICH ONE HAS BIGGER GAINS? WHO MAKES MORE? HOW MUCH? CHECK OUT THIS VIDEO ON HOW WELL THE EARLY AND LATE 5.7L HEMIS RESPOND TO CAM UPGRADES. HOW DO THEY COMPARE STOCK? HOW DO THEY RESPOND TO CAMS? HOW WELL DOES THE LATE MODEL 5.7L HEMI DUAL-RUNNER INTAKE WORK?