Car Feature: This 1966 Chevy II Has A Killer Retro Vibe And It Could Be Yours…Seriously! 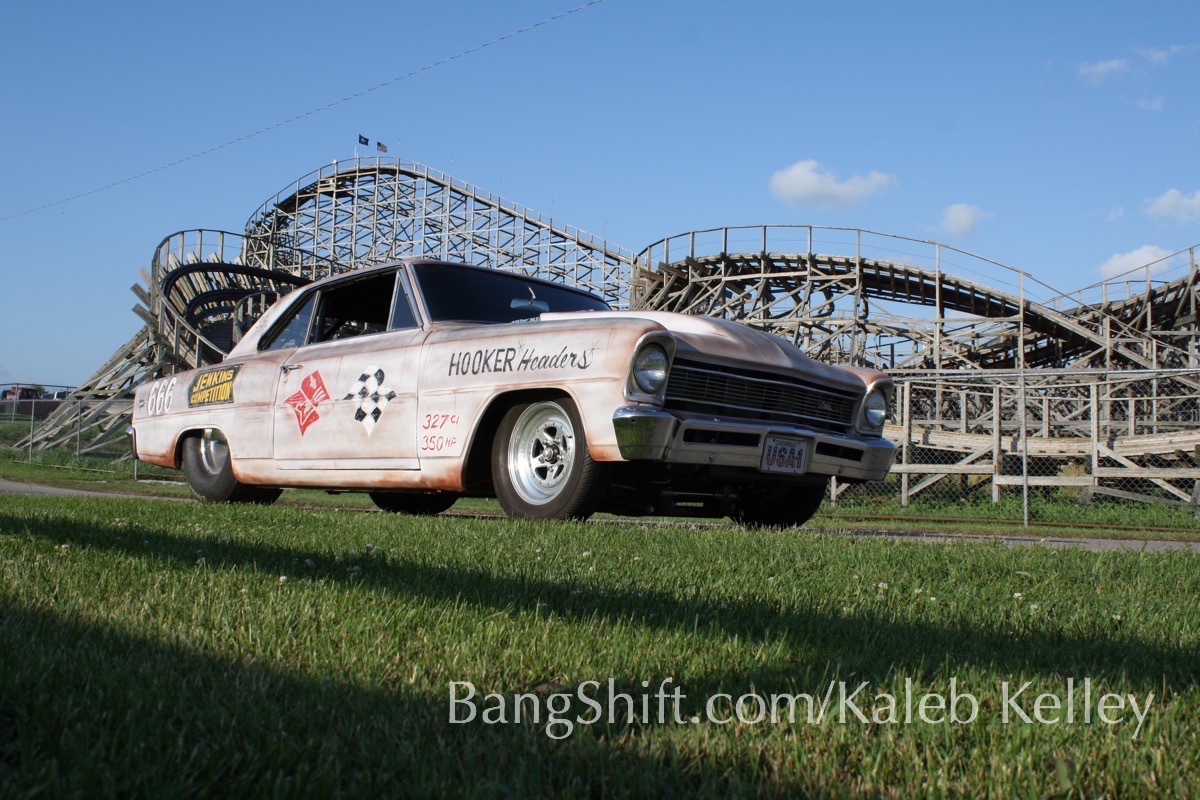 (Words and photos by Kaleb Kelley) – Cars are a special bond between fathers and sons. There is no better bonding than handing tools to your dad and learning how to work on cars. Shaun Lafferty and his father Kevin have kept cars central in their relationship since Shaun was a kid. They started off with junior dragsters and stepped up to full-size dragsters when Shaun turned 16 in 2000. After years of being crew chief for his son, Kevin decided that he wanted to race Super Stock. In 2005, they purchased this ’66 Chevy II and started the fabrication immediately. They got to work on it quick, but didn’t keep that momentum going.

They ended up building hot rods full-time at their shop Ridge Park Speed instead of working on their cars. In spring of 2014, their eyes turned yet again on this sweet ’66. They undercoated the car to keep the heat and noise down, painted the entire chassis in urethane satin black, and then went to work on the body. I know all of the fake patina haters will start coming out of the woodworks, but you know what they say about opinions… Once they got it how they wanted it, they called on their friend Kevin “Taco” Geart of Taco Custom Pinstriping. He laid down a killer race car vibe from the 60’s with some killer vintage signage.

Taco may have painted “327ci” on the front fender, but that is just to confuse you. It has a big-block 454 hooked to a Turbo 400 and Ford 9″. They put an independent front suspension setup from Scott’s Hot Rod’s underneath the Nova with tubular A-arms, Wilwood brakes and coil-overs. A four-link setup in the back setup for the strip keeps this thing planted. They also braced the narrowed 9-inch to make sure axle wrap is minimal. It may not be a Drag Week winning hot rod, but it is definitely one cool Nova.

Their Nova is now FOR SALE! They are moving onto the next project and this Chevy II is ready for a new home! Go check out their eBay auction below these photos! 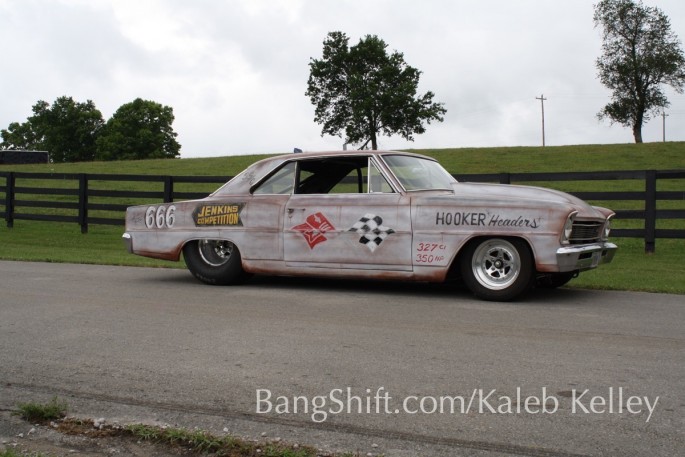 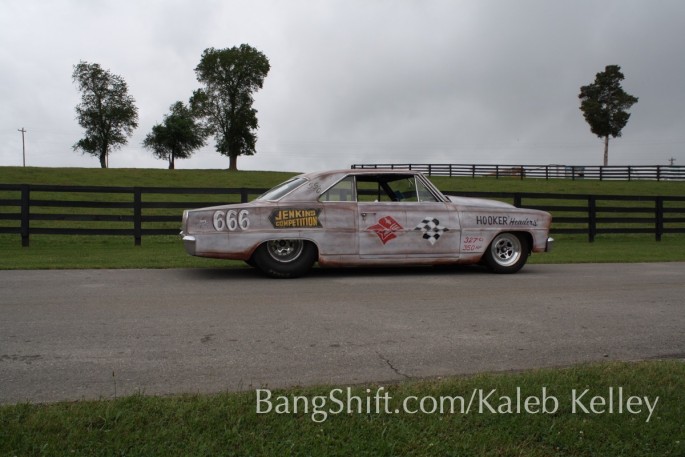 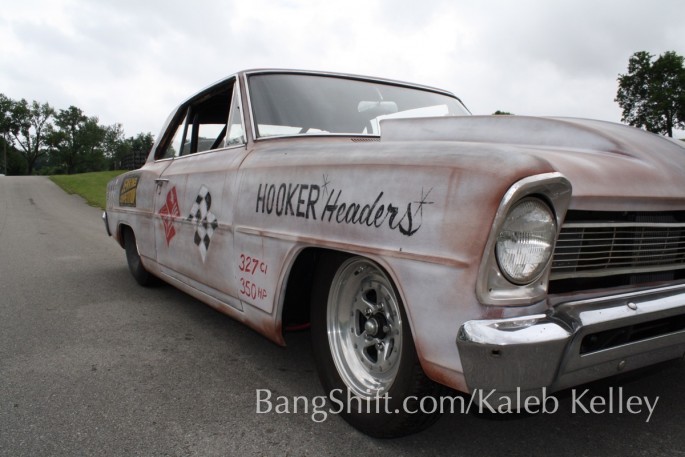 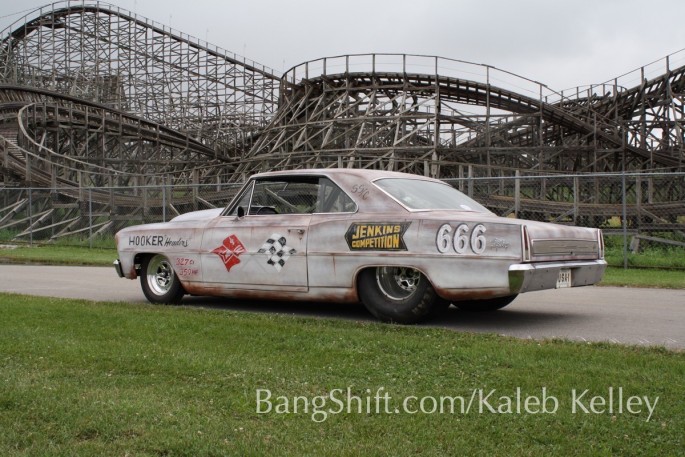 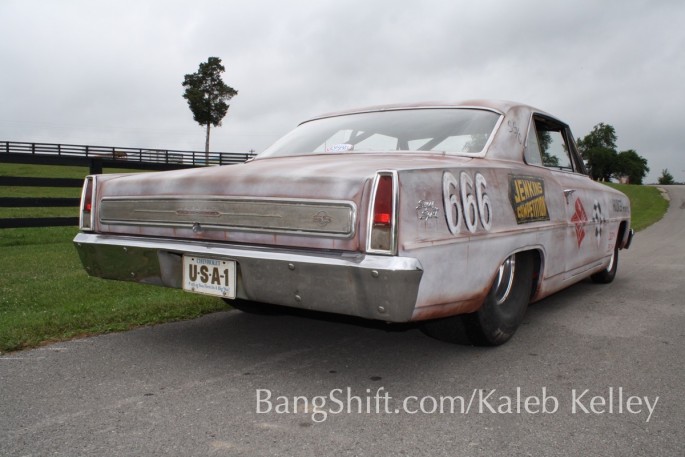 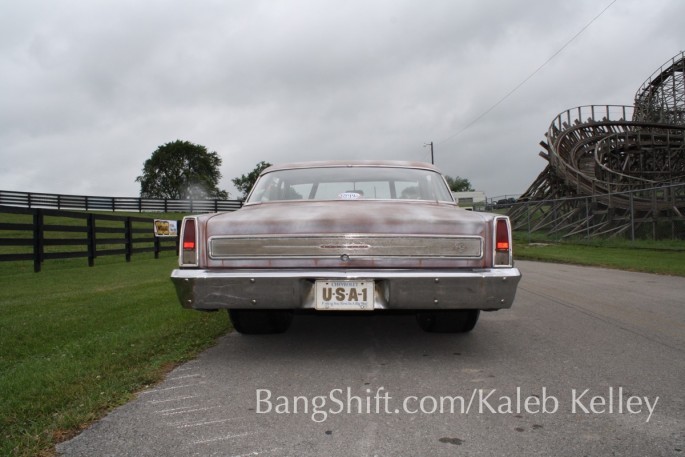 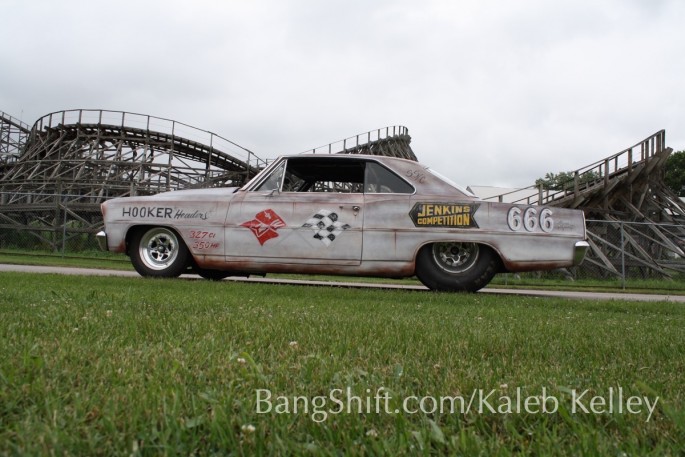 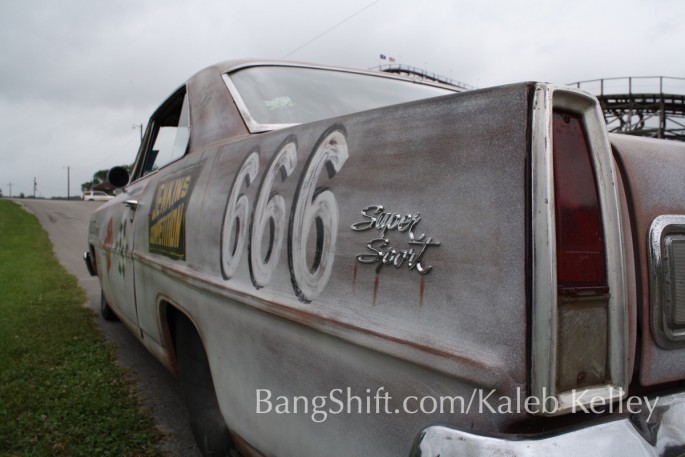 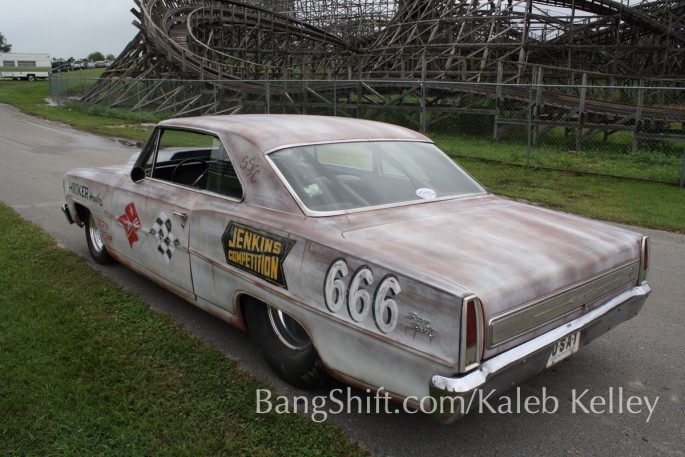 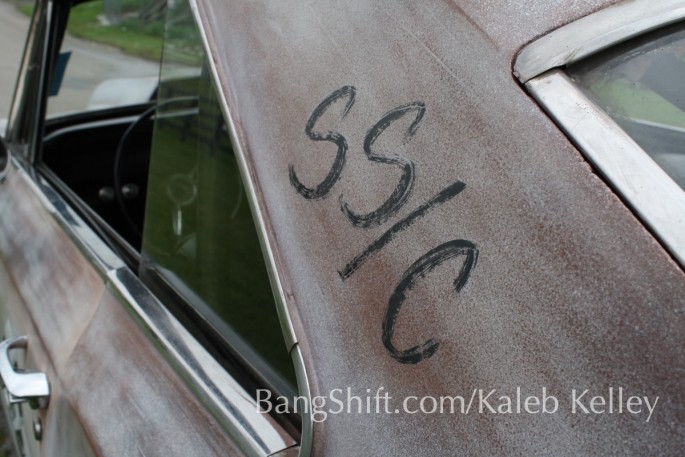 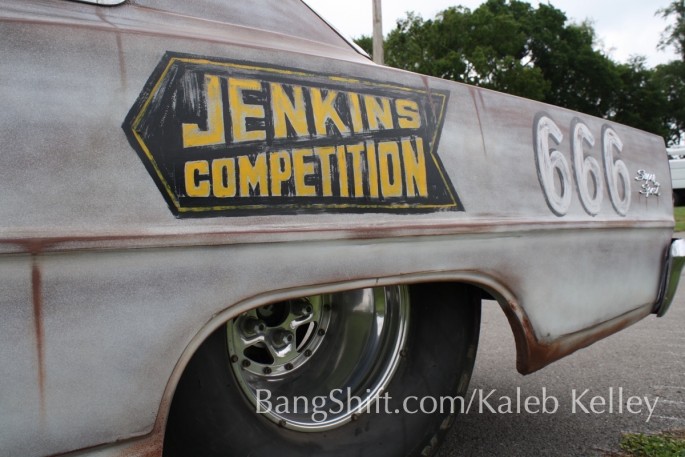 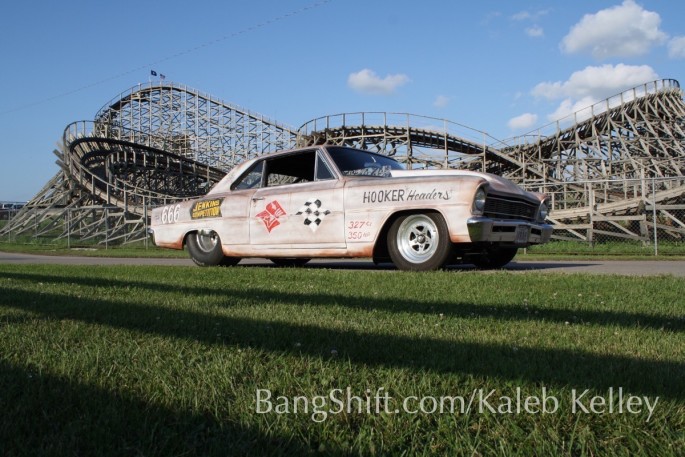 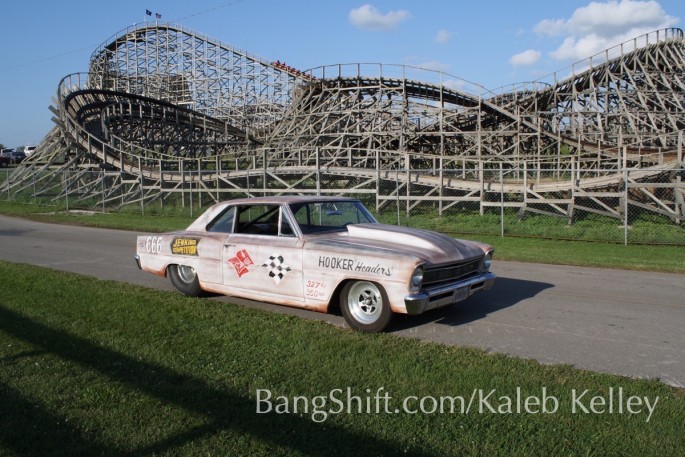 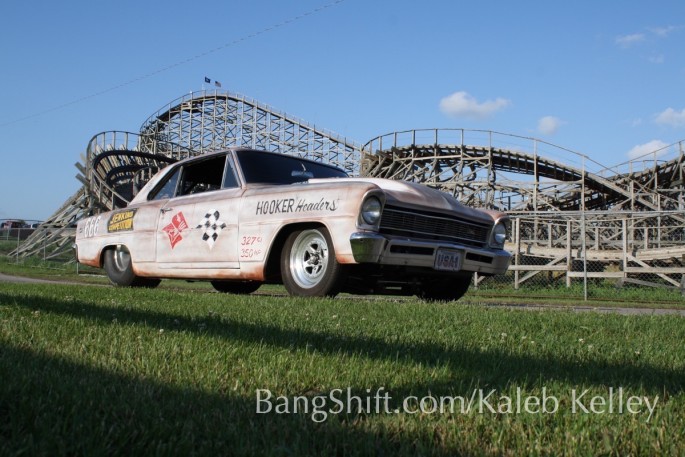 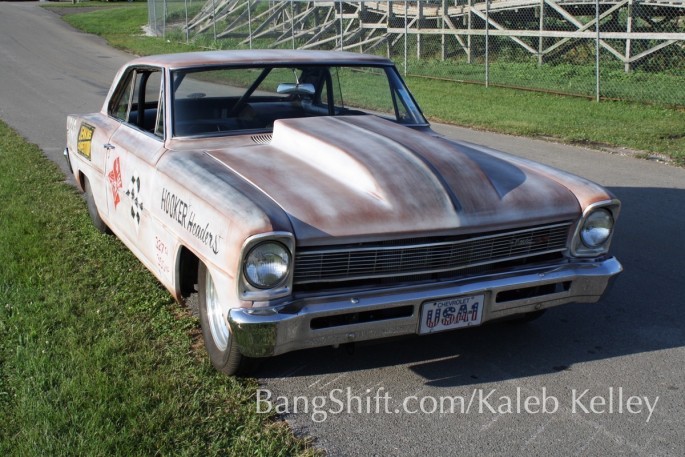 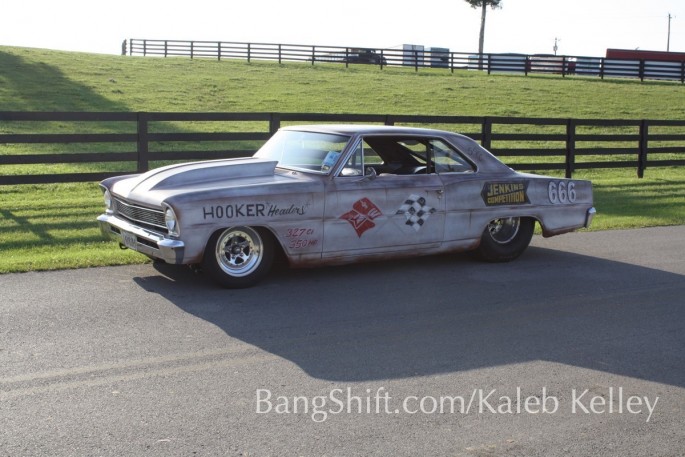 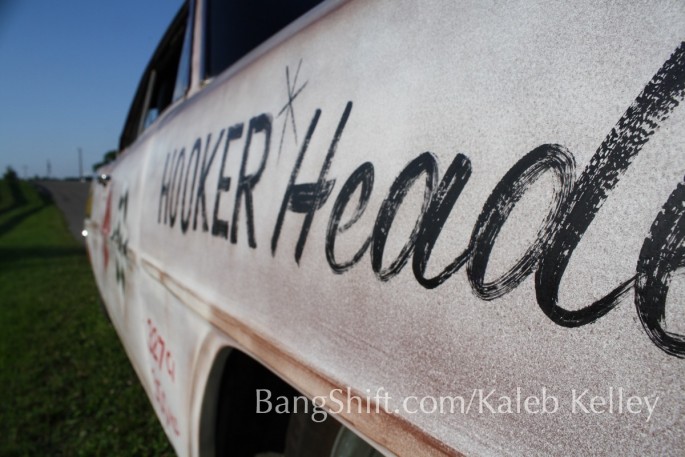 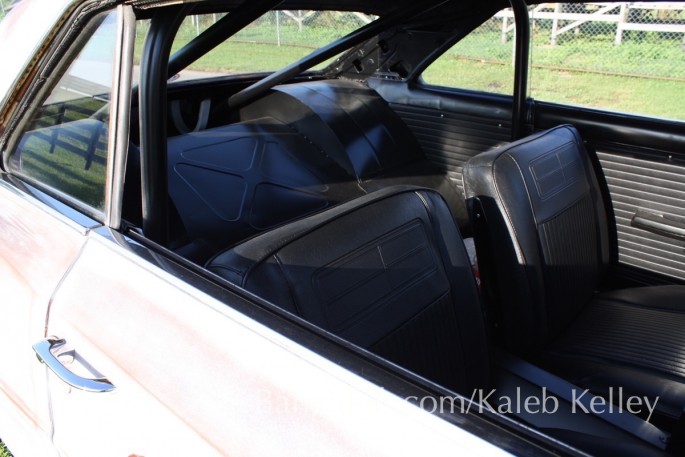 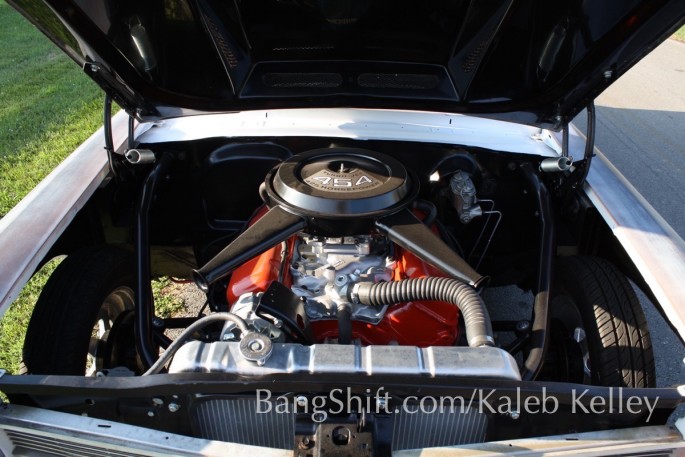 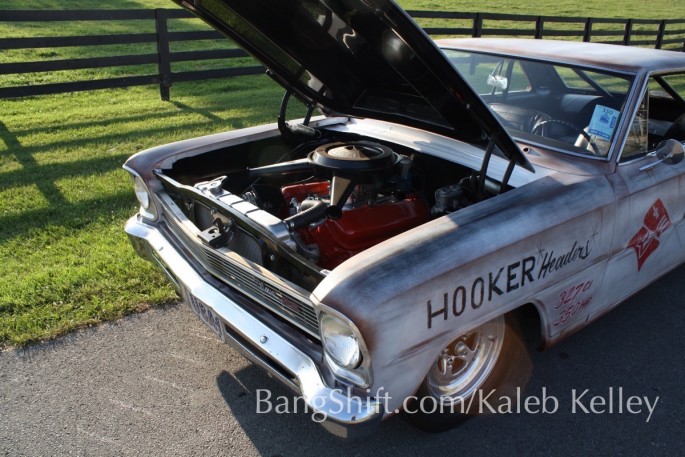 CLICK AND SEE THE EBAY AUCTION FOR THIS CAR

PDRA Dragstock XII Action Photos: The Slugfest At Rockingham Ruled And We Were There This Snotty Chevy Pulling Truck Will Hike The Front Tires And Spew Flames Out Of The Pipes!

5 thoughts on “Car Feature: This 1966 Chevy II Has A Killer Retro Vibe And It Could Be Yours…Seriously!”