Epic Engine: Keith Dorton Has Built An SB2 V8 Into A Killer V6 For Bonneville – This Video Shows You How He Did It 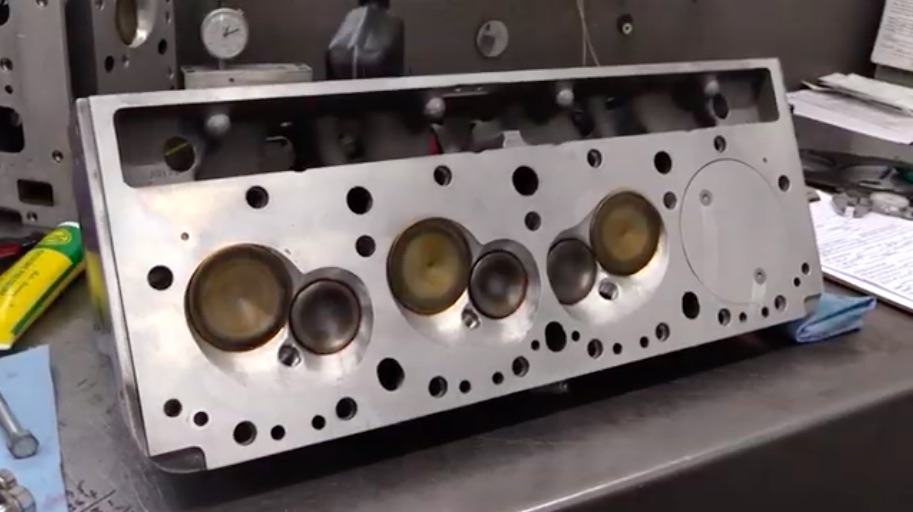 Keith Dorton and his Automotive Specialists company have created some of the most amazing, powerful, and creative engines that the Bonneville Salt Flats have seen over the last decades, but this year he has outdone himself. The man who made his bones building engines that won the Daytona 500 and virtually everything else in the world of stock car racing has taken NASCAR technology and twisted it into a screaming salt flats monster. Yes, the man has taken an SB2 V8 and turned it into a 259ci V6 engine that will be used to haul ass on the salt this year. How did he do it? This video literally spills the beans on the whole build from the block all the way on up. It’s incredible.

This goes so far beyond just pulling two rods and pistons out of the back of the engine. This is planning, this is execution, and this is experience that few builders on Earth have the acumen to pull off. There’s balancing the V6, there’s getting the ignition right, there’s some neat stuff with the valve train, and there’s a sound that Dorton himself describes as the “cross between a V8, a V6, and a Harley-Davidson,”. The best part is that he is right.

The video you are going to watch is not some three minute preview on the basics of the engine. It literally goes over every element of the machine and while it withholds some secrets in terms of math and specifics like the finite camshaft specs, the big stuff is all explained and shown in detail.

Hell, there are even dyne charts that show this thing pulling all the way to 9,200 RPM and making 663.3hp on gasoline, naturally aspirated.

Why did he do it? Shrinking a V8 down to 260ci is not hard, right? You shorten up the stroke and move along. The problem is that with that really short stroke getting maximum compression is virtually impossible. Running a longer rod in the V6 movies the piston upward and because of that the big squeeze is possible.

Bonneville is coming and this V6 is coming with it. Stay tuned.

NHRA Insider Podcast: Over The Mountain and Under The Radar - Talking To Greg Anderson and Tommy Johnson Jr On The Western Swing We Will Persevere: EV West's Tesla-Swapped BMW Proves That Hot Rodders Will Thrive After EVs Take Over

3 thoughts on “Epic Engine: Keith Dorton Has Built An SB2 V8 Into A Killer V6 For Bonneville – This Video Shows You How He Did It”