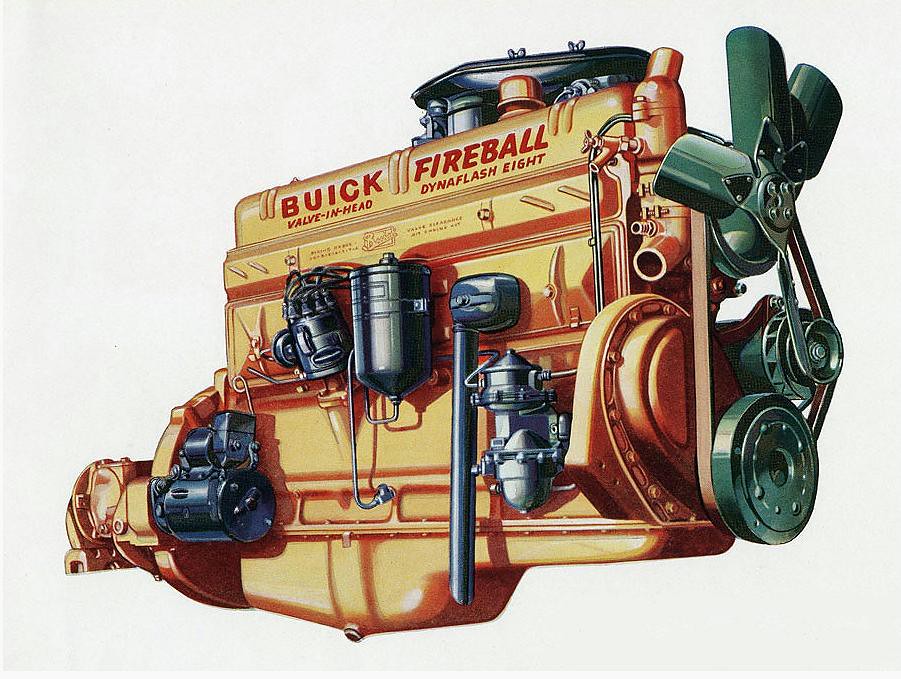 From 1931 through 1953 the Buick straight eight really made its mark in the American automotive landscape. They were made in varying displacements and even varying block sizes but the one most people think about when this engine family is brought up is the 320ci “big” engine of the family. This displacement was produced during the 1936-1952 time frame and it powered the more luxurious and high end cars of the Buick lineup.

What do we mean by “big” engine? Well there were two different blocks used to make the straight eight. The 320ci variant was in a block 34.5 inches long and the smaller variants like the 221, 230, 233, 235, 278, and even the larger 345 were built off a block that was 31.25 inches long. Just carry your measuring tape to the cruise night to figure out what family you’re looking at. People will love that, we’re sure.

The 320ci Fireball Eight had a 3 7/16th bore and stroke of 4 5/16. They did not turn a lot of RPM, obviously but they did make solid power for their day. The 320 was factory rated at 168hp at 3,800 RPM. Back in the era of their newness, they could compete with the best any other car company was cranking out. These engines actually become somewhat popular in the weirdo D/dragster category of drag racing in the 1960s where strange engines ruled the day. In fact, straight eight engines can still be found in pretty good supply at the Bonneville Salt Flats during speed week each, year. We have included video of a hairy one being dyno tested here.

So there’s your quick and dirty lesson on the 320ci Buick straight eight here on 3/20. Carry on with your quarantine!