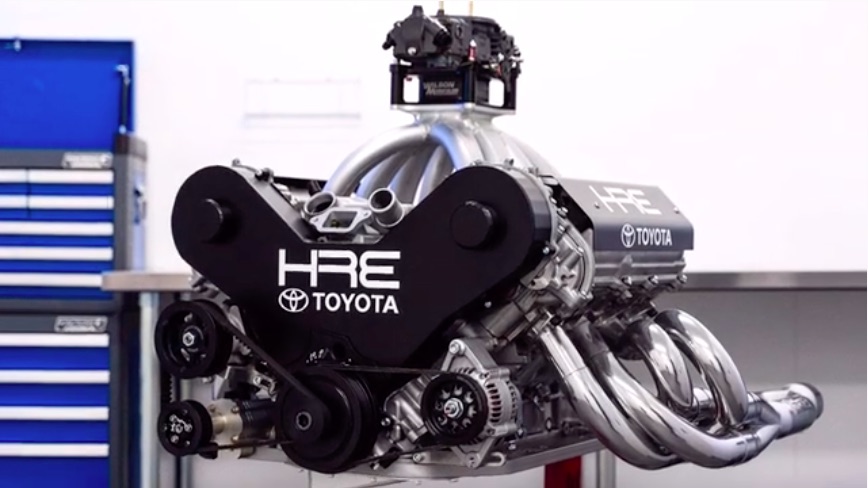 The Toyota 1UZ-FE engine is interesting because when it debuted in the late 1990s people immediately saw the potential for it to be a strong horsepower maker. It has six bolt mains, an over-square bore/stroke design, and free flowing heads that can support high RPM operation. This production engine was directly derived from the TRD efforts at endurance racing at the time and it’s kind of neat that it really did not deviate too much from the race track to the street. In the US these engines were had in early Lexus GS400 sedans and later on updated versions were put in the Tundra and other models that we get here. There’s very little scene around them here, but in other places of the world they are widely used. New Zealand is one of those places and that is where this video comes from.

Engine builder Tom Hughes wanted to create a piece to showcase his talents and the ability that his company, Hughes Race Engineering has down in NZ and this was his chosen weapon. First, the stats. 248ci, 10.0:1 compression, cams ground to his specs, .500 max lift, a lightened rotating assembly, and the end result is 510hp and 380 lb-ft. You’ll see that part in the video. The intake manifold is custom built and it wears a Holley XP carb on top.

Hughes was part of “Rocket Lab” which is the New Zealand equivalent of NASA, so we’re not talking about a guy who lacks in smarts here. His engine building operation is pretty new and we think it is cool that he’s doing it and succeeding. This engine landed in a New Zealand Speedway Super Stock dirt car. These are kind of like sprint cars but with more bodywork and no massive roof wing.

Very few people do anything with Toyota V8s in America and there are millions of them in wrecking yards. Why is that? This thing seems to sing and there’s loads of potential for boost and more!