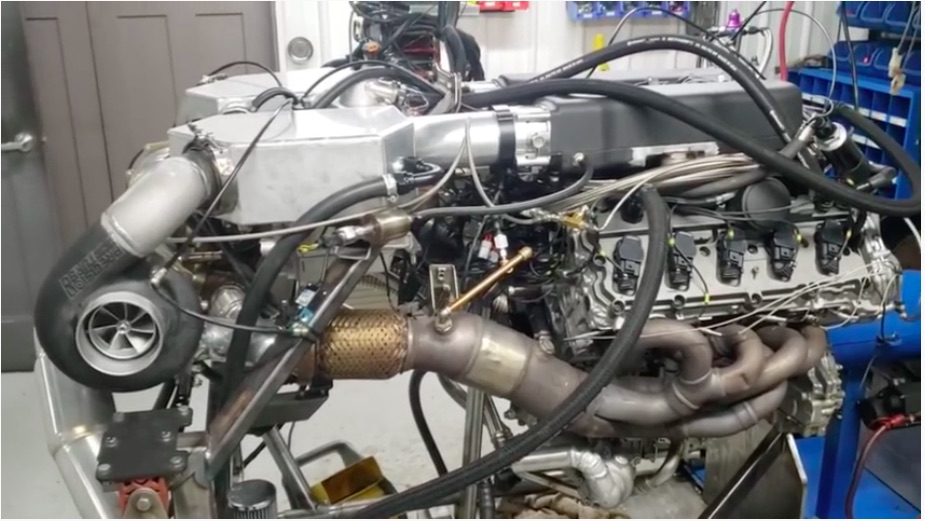 Steve Morris Racing Engines is a company that has long been known by many BangShifters for any number of awesome reasons. The guy has been Tom Bailey’s horsepower supplier forever, his engines set land speed records, power wild one-off super cars, and he’s never afraid to jump into a project to expand his horizons. Well, consider his horizons expanded again as Morris has partnered up with Dallas Performance to built turbocharged Lamborghini engines that makes 2,300hp and when they work on the billet blocks, 3,000hp. These boosted V10s have been the backbone of incredible performance in roll racing events, half mile speed runs, and other jaw dropping performances around the motorsports world.

This video is neat for a couple of reasons. Firstly because we get a walk around of the engine and then Morris explains how they are building kind of a modular system to allow the long block to be attached to the dyno and then all of the associated turbocharger, intake manifold, exhaust, etc stuff to be kind of slid in and installed like a had over top of the engine itself. It will save them hours and hours of prep time on each job and that is great.

Then we get to watch the dyno pulls and see the 2300hp get made, the power curves get shown, and the evil thoughts of what this engine would feel like shoving a Lamborghini down a long runway at full throttle would be like. Make no mistake, this is heavy duty stuff and there’s enough of a marketplace for these engines that multiple companies are in the business.

Hell, Warren Johnson does CNC porting on Lambo heads that he has developed for some of the nastiest cars in the country.

Check out this killer video from Steve Morris!

Press play below to see Steve Morris rip the handle on 2,300hp of turbocharged Lambo!

Wagon War Round 2: BMW Just Dropped The M3 Wagon Teaser On The World And We're All In! More Horsepower, More Speed, More Effs Given? Do You Care About The Increased Boost At The 2020 Indy 500?