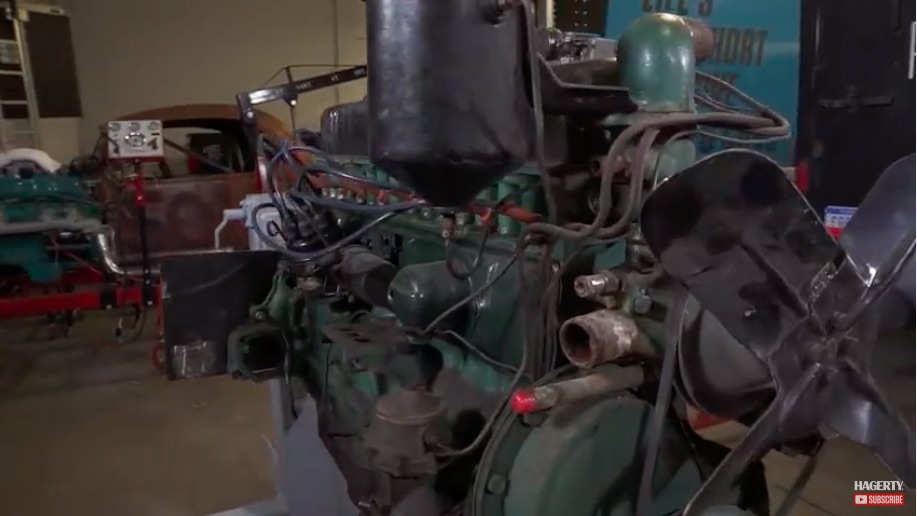 The latest entrant into the Redline Rebuild series from Hagerty is a Buick straight eight engine that came out of an early 1950s Super convertible that is also being restored. We told you about it and showed the engine coming out of the car about a week or so ago and now Davin is set to begin the process by tearing this sucker down. As in every inspection and teardown, stuff is learned. Some of it good (non major damage) some of it bad (exhaust manifold broken, block probably needs eight sleeves, etc).

We like this teardown because we learned some stuff. Perhaps most clearly we learned that Buick straight eight engines have bizarre pistons that look like they’re half melted right out of the box. They have a huge dome on them and come way out of the hole but are all rounded and weird like we have never seen. There’s one piston that has been beating on a valve with some frequency as well, it seems.

This is a neat video if you (like us) had never seen the guts of a straight eight. It is also a cool video that does show the right way to go about a teardown to start a project. How being methodical and really giving the stink eye to all the stuff in and on the engine helps to set the direction and course of your project. If you take the time to find problems now, you have no surprises later!

Fun video with a big ol’ engine here. This thing is clean but it definitely has had some darkness in its past. Watch!

Teardown video! Check out the guts, creaks, and weird pistons of a Buick straight eight