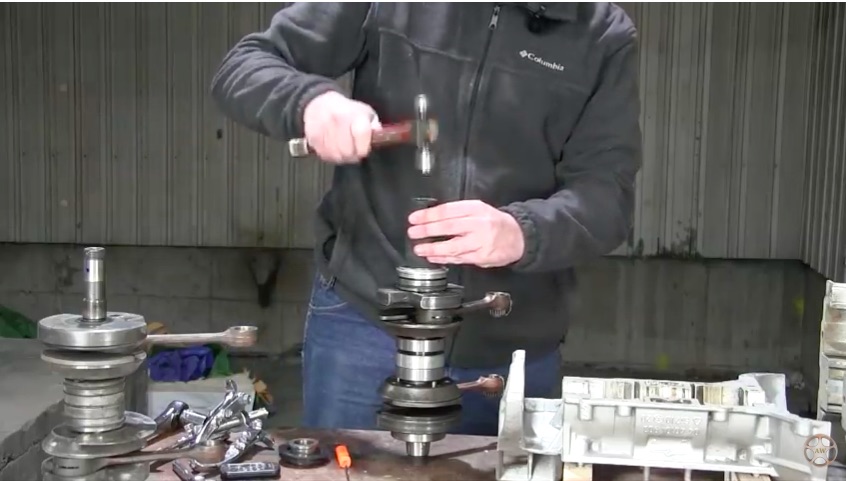 “I’m holding half the engine with one hand, that’s how light this stupid thing is.” More funny lines from our hero who we showed you tearing down the engine in his classic East German Trabant yesterday. Today we reverse the process and watch him work his way through the reassembly of his engine using a mix of new and used parts. The way he got the new parts is amazing. A friend and Trabant enthusiast in Hungary was vacationing in the USA and toted the parts over, shipping them domestically to the guy in this video. How’s that for fun?!

As we told you yesterday, this is an air-cooled, vertical two cylinder engine that makes almost negative horsepower. Almost. That being said these little cars were basically the only game in town if you lived in East Germany during the bad old days so they were made in relatively immense volume. There are enough cars and enthusiasts in Europe that parts can be found, even brand new stuff as we are told here.

There’s something fun about watching an engine get pulled down but it is even more satisfying to see one go back together. The hosts’s same fun attitude pervades this video as well, making us laugh a couple times with one liners and humility. How much humility? When the dude yells, “OHHHH NOOOOO,” while trying to compress the rings and install a jug, we’ve all been there.

Here’s a fun look at the rebuild of the little Trabant engine!

eBay: The Undisputed King Of The LS World Is For Sale - 3,500hp LSx Powered Camaro Runs 5s In Quarter, 3s In Eighth Awesome Bonneville Video: This 1989 Home Movie From The Salt Has Us Revved Up For Speed Week!