1971 Hemi ‘Cuda convertible Sells For $3.5 Million – In Eight Minutes At Mecum Seattle – When/Where Does It Stop? 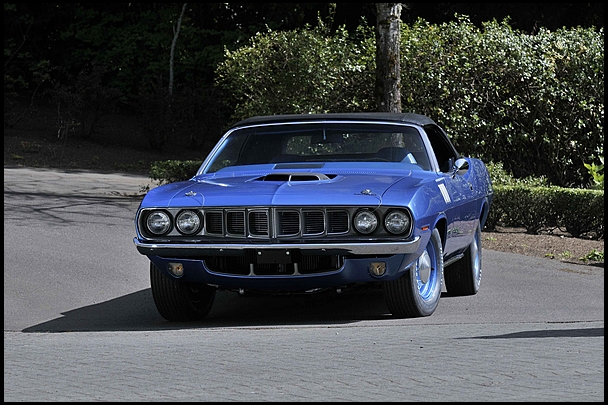 1971 Plymouth Hemi ‘Cudas are rare beasts. There are only eleven convertibles. Only two U.S. market four speed Hemi convertibles and only one has it’s original powertrain intact. That particular car, a B5 blue/black ‘Cuda sold for $3.5 million dollars at Mecum Auctions in Seattle just a few days ago. We don’t know who bought it or where it is going but chances are, Power Tour 2015 ain’t on the list of “stuff to do”.

This isn’t the first time a ‘Cuda has hit stupid-money territory. A Hemi ‘Cuda was the first muscle car to break the $1 million mark, and a few years ago another one sold for $2.2 million at Barrett-Jackson Scottsdale.

Hemi ‘Cudas were rare because they were very expensive, even when compared to a similarly-optioned 440-6 powered ‘Cuda. Additionally, shoving a Hemi in a droptop was pretty much begging for trouble as the motor would rock, shake, and torque the living hell out of the unibody. Add in the over-valuation that has been occurring with the popularity of auctions like Barrett-Jackson and Mecum and you have the recipe for what happened here. So, the ‘Cuda transfers from one climate-controlled building to another, never to see the light of day unless there is a serious security detail on it.

Who wants to place a bet on when these things hit $10 million? Anyone? 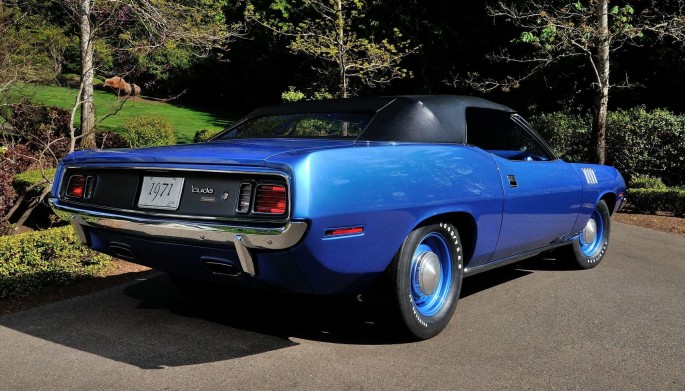 20 thoughts on “1971 Hemi ‘Cuda convertible Sells For $3.5 Million – In Eight Minutes At Mecum Seattle – When/Where Does It Stop?”