Barnstormin’: A Year Of Shuckin’, Jivin’, Talkin’, and Decision Makin’ 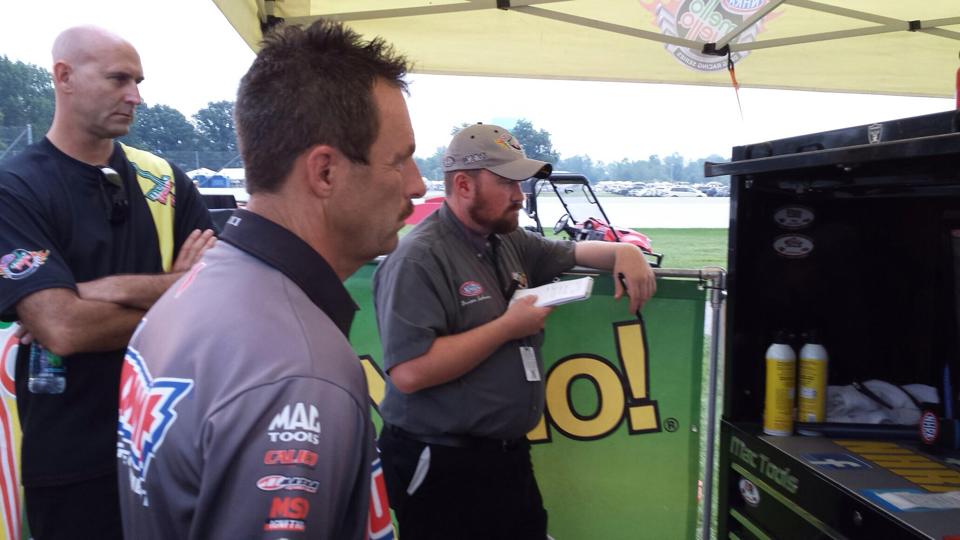 (Lead photo by David Hakim) – I took a look at my remaining announcing and travel commitments this year and the list is pretty short. Since we have some great west coast photographers contributing to BangShift these days and Chad has the video situation well in hand, I get to stay home and monitor things from the viewer end for this weekend’s California Hot Rod Reunion. Other than some quick stuff at the Las Vegas NHRA event, the SEMA show, an announcing job at the Goodguys autocross at Pleasanton, California directly following SEMA, and the PRI show in the middle of the winter, I don’t have a lot left to do. After a year of traversing the country non-stop that is a good feeling. It’ll be nice to spend some time here at home for a while and as you can imagine, the list of stuff to fix, paint, and update has grown throughout the year. I can also have some fun with the boys and drive my wife up a wall before the Spring rolls around again and the roar of engines will again carry me from coast to coast.

2014 was a year that I think I have wanted to experience since I was old enough to know that this is what I wanted to do for my “job”. From hanging out with diesel truck guys in Colorado, drag races of all shapes and sizes at strips from Bakersfield to New Hampshire, autocrossers at various events, land speed racers at the Ohio Mile and a wet Bonneville, to car show participants across America it was a truly surreal experience that I fully intend to crank up the knob on again next year. My major problem is wanting to do everything. There are guys who are wholly fine with simply announcing drag races or simply doing autocross stuff, or simply putting on land speed events. I’ve got this thing so bad that I honestly want to do all of it and anytime I don’t get to do stuff, I always tuck it away in the back of my mind and make a mental note to plan on figuring out how to work it in next time.

There are certainly drawbacks and sacrifices that are unavoidable. There are times of the year that I am not home a lot for the boys and my wife. That’s a reality that I’d not want to sugarcoat because it cannot be. I struggle with that sometimes, especially when I can hear it in the voice of Tom or Jack that they were really wishing I was home. I do my best to counter this by giving them all the time I can when I am at the homestead and when we can sneak them in, shoot off on adventures like we did last weekend (more on that tomorrow) that give us days on end together as a family. I think they are into the whole scene, but I know it gets tough on them (and on me) when I’m somewhere on a holiday or family cookout weekend, or something that all of the other dads are at. There were more than a couple days that I felt like a heel out there, but ultimately I want both of them to pursue what they have dreamed about doing as well. Any direction or decision has a cost and being away is the one that this career path draws.

People have asked me what my favorite thing to do is and frankly it is really hard to pin point that. Drag Week is probably the single coolest thing that I get to participate in each year because it is such an outlandish deal that has escalated itself into a street legal nuclear war which draws worldwide attention now. Calling the action at the NHRA US Nationals for the first time was a moment that I will never forget because it actually hit me what that race was and is. The event (in my opinion) is a lot more than it is given credit for. That and we spent three 18-hour days in a row there at one point because of all the rain we were having. That’s not a complaint, it is a happy memory! The Diesel Power Challenge is another event that I have come to love because like Drag Week the competitors are hardcore guys and they bring the house at every turn of that deal. Huge horsepower and torque numbers, drag racing, sled pulling, it is an awesome torture test. Events like the LS Fest, Holley National Hot Rod Reunion, and Goodguys Autocrosses help to keep my automotive schizophrenia satiated because they are outside of the norm. I love ’em all.

As some of you know, my wife and I have joined up with Keith and Tonya Turk to operate the ECTA after Joe and Donna Timney decided that they wanted to retire and get back to racing, having fun, and pursuing some others interests with their newly found spare time. It was an interesting conversation when I first approached my wife about investing in the ECTA and working with Keith and Tonya because she’s was not familiar with the sport of the people (outside of Keith and Tonya). After her first meet, she was hooked and we’re both so excited to be part of that organization and deeper in the world of land speed racing than we could have ever envisioned ourselves as high school kids together in the Massachusetts town where we still live. The four of us are super excited to roll some new ideas out and work on making the ECTA an even cooler organization and experience for the racers than it is now. The work that Joe and Donna have done over the years made all of this possible and we can’t thank them enough for their encouragement and support as we move forward. Exciting times for everyone involved.

Then there’s the engine that really got all of this stuff started, BangShift! Like we have seen every year since we started this madness, the growth factor is off the charts. We have more supporters, readers, sponsors, and followers than we could have ever dreamed when this show got on the road nearly six years ago (a couple weeks away from our birthday!). While the entire enthusiast media goes through a period of change and evolution, we’re doing it as well. You’ve seen McTaggart’s work here on the blog and he’s been an indispensable part of the day to day operation here now for several months and our contributors, who now hail from all over the globe continue to take us places that we never thought about, knew about, or even considered going before. The best thing is that I wake up every day excited to see the content that we’re producing hit the airwaves, make the new content that could be our newest breakthrough story, or simply open my email to see tips, hate mail, thank yous, and whatever other stuff gets sent our way.

I honestly hope that there’s a kid out there somewhere with a stupid dream, an unquenchable thirst, and the work ethic of a sherpa who wants to do this someday. The number of people who say that they want to do this stuff is huge. The number of people willing to push their chips into the middle of the table, sleep in their car, write stuff no one will read, get shut down any number of times, get laughed at by people who “know better”, and continue to push for it is very, very small. Being too dumb to quit and having a few people around me who never let me quit resulted in 2014 as being one of the most satisfying and amazing years of my life. Thanks for coming on the ride and I look forward to keeping you in the passenger seat for many years to come.

PS – In terms of singular moments, being able to call Chris Demke’s national championship clinching run at the NHRA Nationals at Maple Grove was tops (so far!) 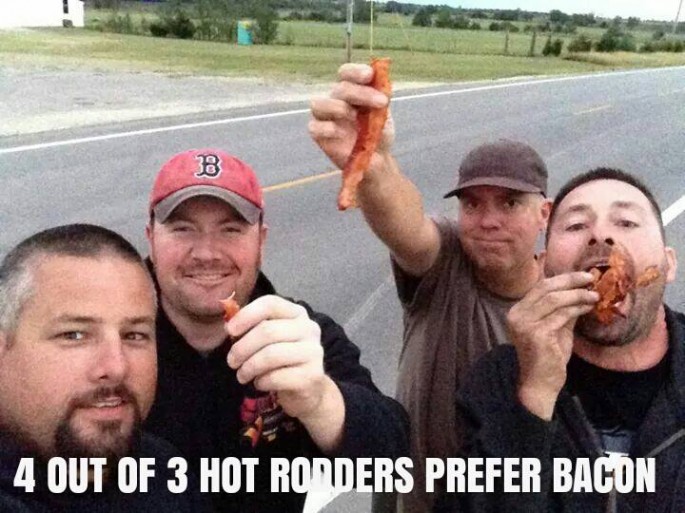 Just How Light Is The New Aluminum F-150? Let's Take A Look... Justin Oney's Drag Week 2014 Photo Diary - We Pick It Back Up In Great Bend, Kansas On Day Four

4 thoughts on “Barnstormin’: A Year Of Shuckin’, Jivin’, Talkin’, and Decision Makin’”