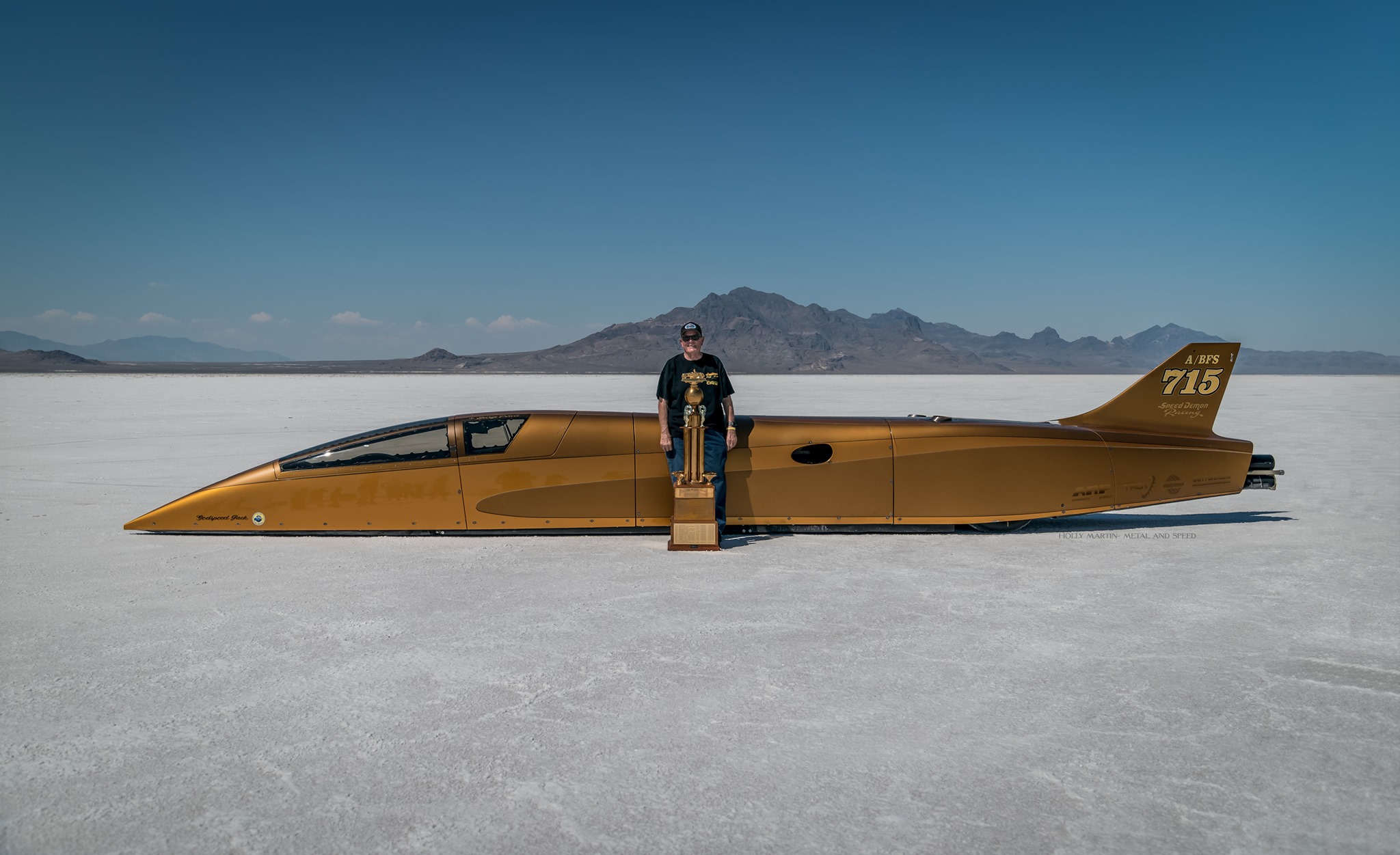 (Lead photo by Holly Martin) George Poteet and the Speed Demon Team have done it again, taking home their 10th Hot Rod Trophy for being the single quickest vehicle down the salt at Bonneville Speed Week 2021. Congratulations to the team, who struggled with some issues like a big fire, and ultimately set records and were the fastest with the A class engine instead of the AA they hoped to make history with this week. They didn’t hit 500, but they are getting closer and that means we will just have to see what happens at World Finals in a few weeks.
The team’s fastest run was 466.290 and while qualifying for an A/Blown Fuel Streamliner Record with their 443 cubic inch Duttweiler Performance LS engine under the body. These engines are Kenny’s bread and butter and he is amazing at making them live at these extremes. Shane Tecklenburg is there to help make sure the tuning stays happy, and they are both just two cogs in a wheel that has a lot of talented cogs. The team is large, but it takes a lot of folks to make this kind of effort happen under the time constraints of qualifying, impound, etc. They did a great job this week, again, and it is no wonder that George has been over 400 mph more than anyone else.
To have done this with the adversity, and to have done it while also making engine changes and driver changes for licensing, makes this effort even crazier and we love it. Congratulations to the team and to George, you guys deserve it! 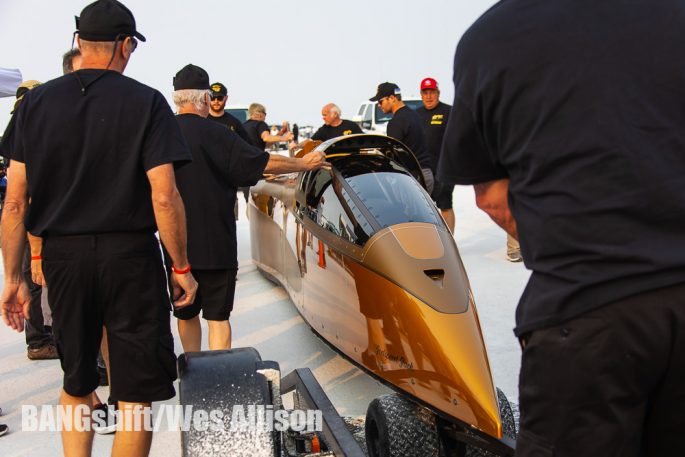 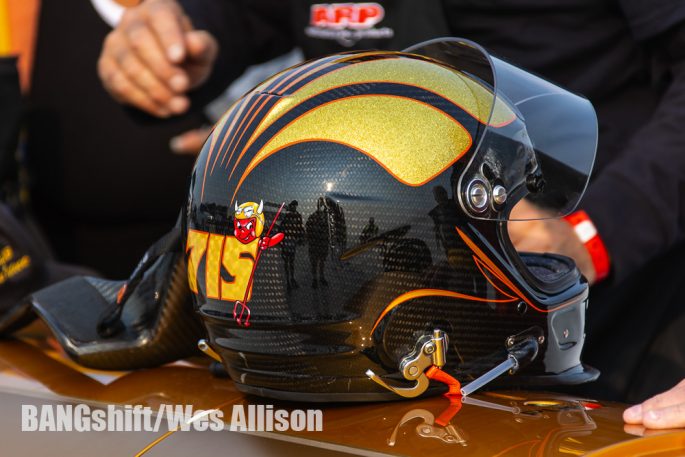 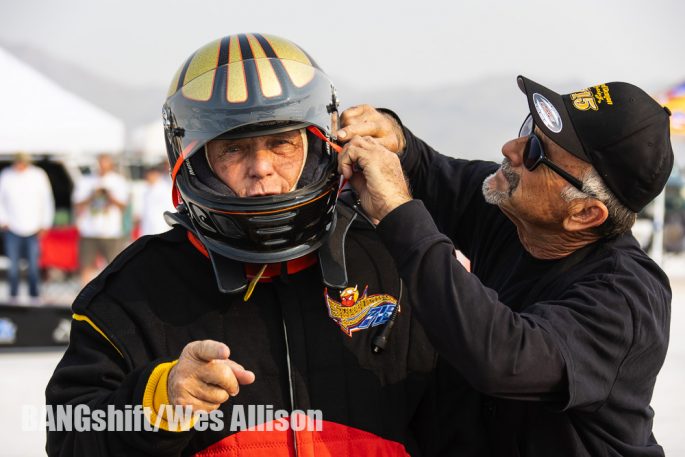 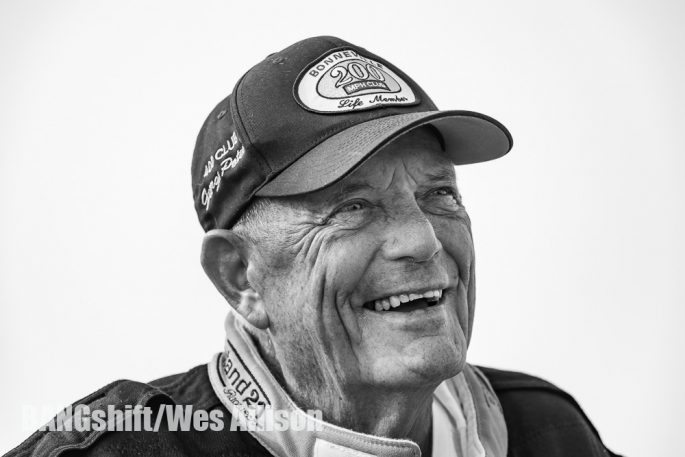 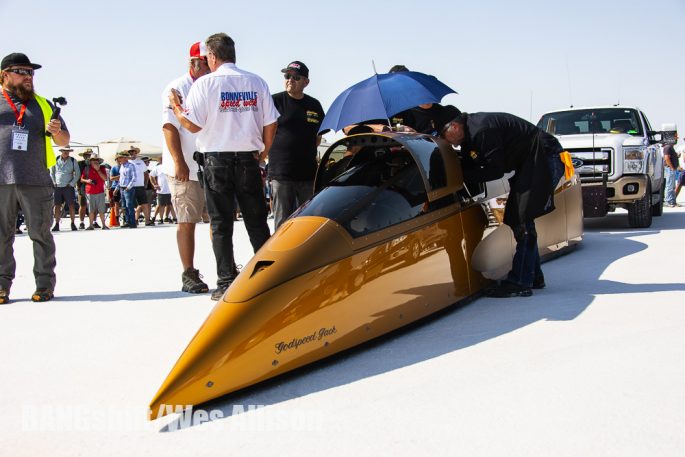 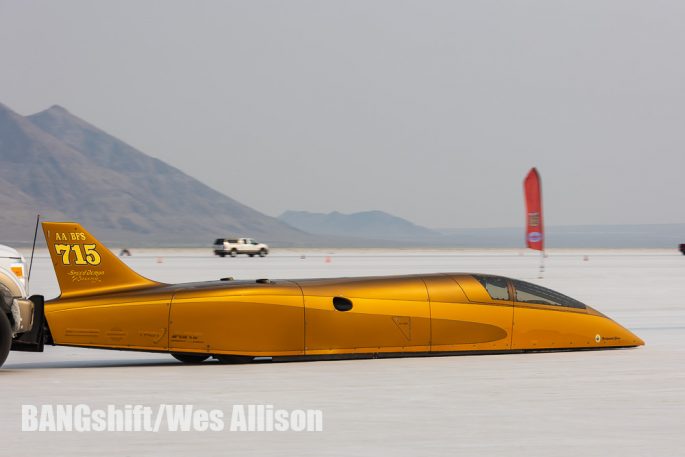