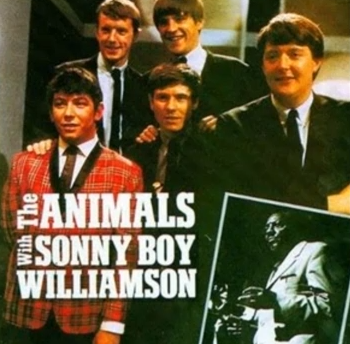 While the song Rocket 88 gets roundly awarded the praise for being the first rock and roll song about cars, there was automotive themed music long before the late 1940s when Rocket 88 was recorded. Take this awesome tune for example. The song is Pontiac Blues which was first performed by legendary blues man Sonny Boy Williamson in 1938. There are a TON of different versions out there to choose from on this one but I really like the Animals so I took this road. You can find this song with just Williamson performing, with Williamson jamming with groups like the Yardbirds and a whole bunch more.

It is a simple enough tune of a guy cruising with his girl and her affection for a Pontiac straight eight engine. The harmonica licks are awesome and Williamson’s raspy voice provides the perfect tones. Tons of great British bands were influenced by the sounds of blues men like Williamson and their popularity helped to bring some of these guys back into the lime light during the 1960s. As far as we’re concerned, this is the best kind of musical mash-up you’ll ever hear!

Throw on your shades, grab you mouth harp, and pound your leg through the floor listening to Sonny Boy Williamson and the Animals perform Pontiac Blues!

BangShift Question of the Day: If The World Devolved Into A Mad Max Situation What (Real) Vehicle Would You Be Driving? BangShift Quick Tech Tip: Chassis and Body Grounds. They Are Your Electrical Friends.