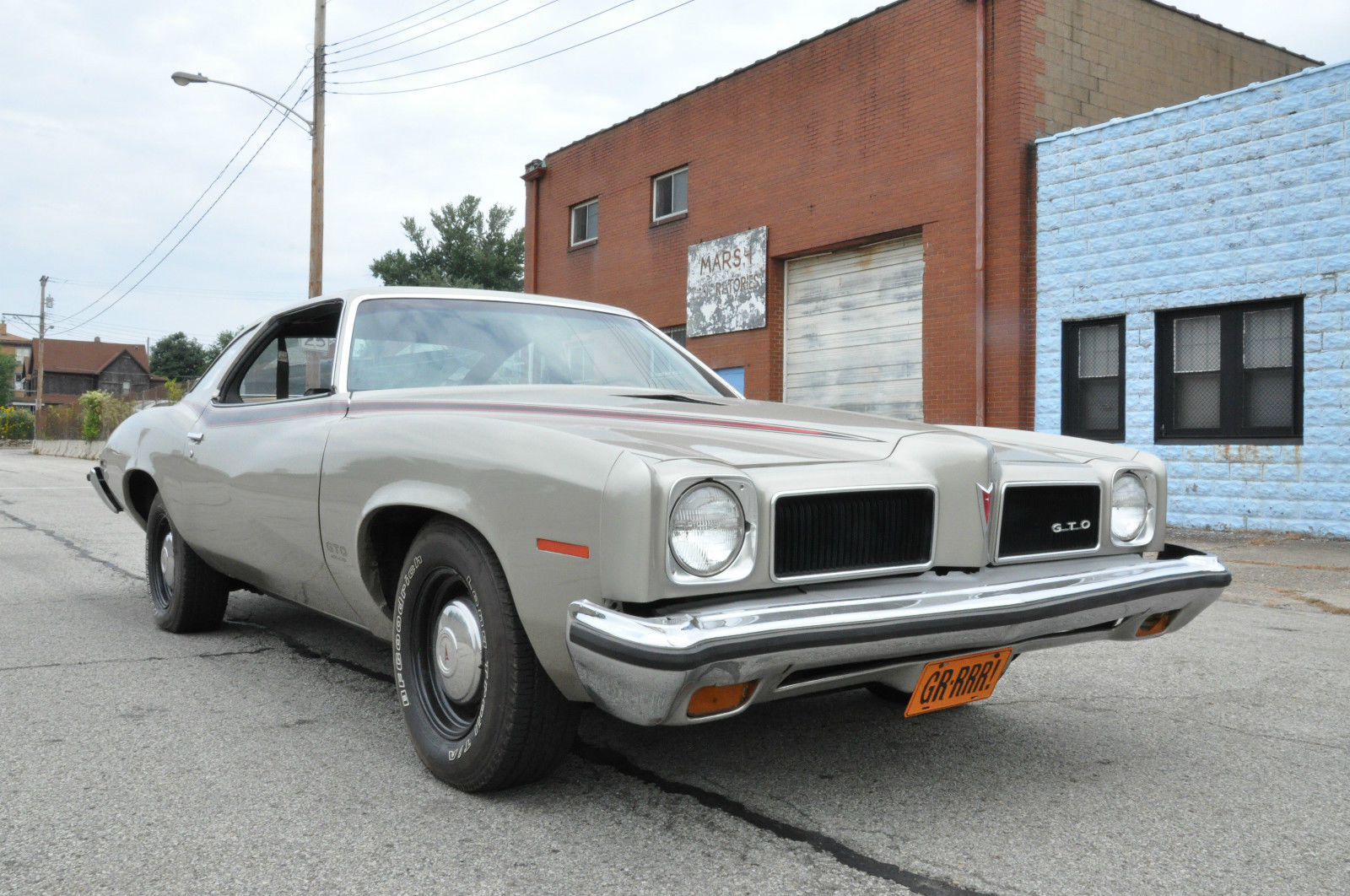 Normally this would be the part of the post where I’d make fun of Brian’s choice…but how in the hell, in my right mind, could I possibly make fun of him for choosing Brewster Green SD455 Trans Am? I couldn’t…while that isn’t my #1 “money be damned” choice, it’s in the top three. The 1973-74 Trans Am 455SD were screamers that kicked not only the ass of anything that came out in 1973-74, but threatened anything else that came rolling out of Detroit a couple of years earlier. But conspicuously hidden from view was the car that is credited with getting the whole muscle car ball rolling, the GTO. With the Trans Am taking the limelight, the GTO was playing second fiddle. The 1973 A-body change had not gone anywhere near as smoothly as GM wanted; it was supposed to have unveiled in 1972, and only 4,806 cars were produced. This is a one-year-only orphan model, as for 1974 the GTO moved on to the X-body Ventura line where it died a not-so-dignified death. 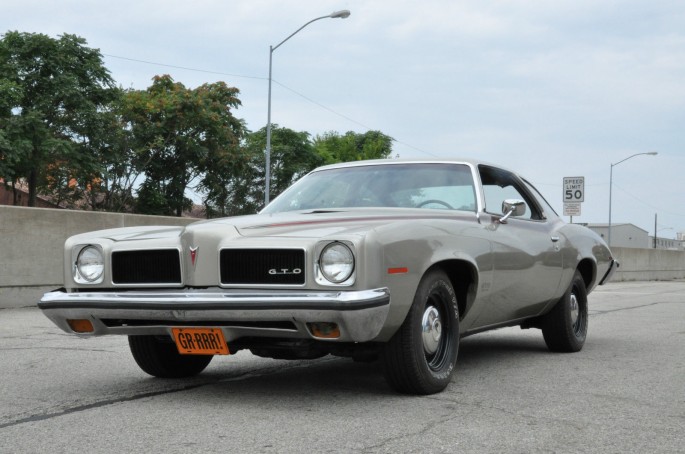 Finding a Colonnade GTO is hen’s teeth. Finding one in running condition is even rarer. So for this body code D37 (un-louvered rear quarter glass) GTO to appear on eBay is pretty special. The body has recently been repainted and re-striped and looks good, especially with the standard dog-dish hubcap treatment. The interior is on the rougher side of useable, but that’s not too surprising as there isn’t much of an aftermarket on these cars. The 400ci Pontiac motor is present and accounted for and is hooked to a Muncie four-speed transmission. While it’s not the optional 455ci Pontiac under the hood, it was the only way to get a four-speed in the big Goat. 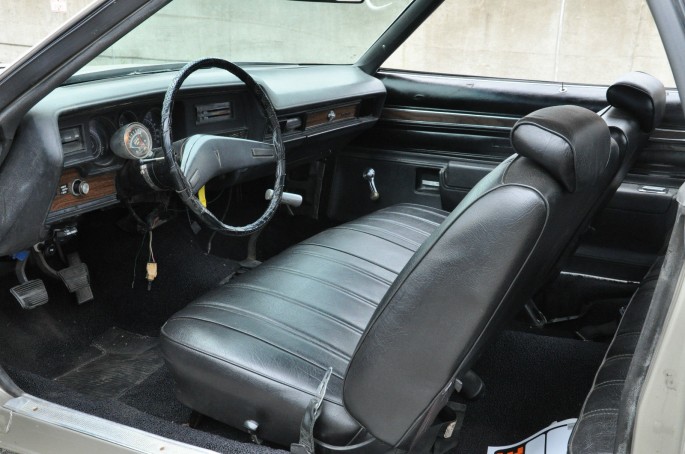 While most GTO’s commend stupid money, it will be interesting to see just what kind of cash this stripper GTO will bring at auction’s close. With fresh paint and an overall useable demeanor, this Pontiac just screams “drive me!”, and you should, if for no other reason than the 1973 A-bodies had vastly improved handling over the 1972’s. Trivia: the same frame pinned the B-body cars up until 1990, so if you want to get really sneaky, Caprice 9C1 parts will swap over. Purists be damned, this GTO can, and should, be made to perform just as well as both it’s forefathers and it’s shorter, smaller, and louder sibling. 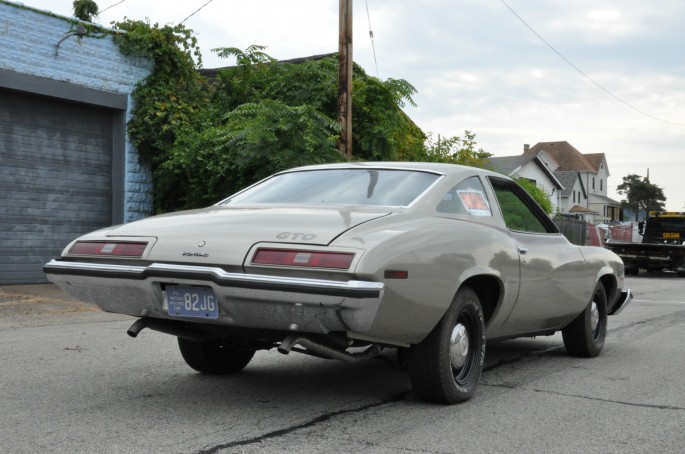