Edd China Show Us What Happened To The Cadillac’s That He And Mike Were Supposed To Race Across China And Europe! 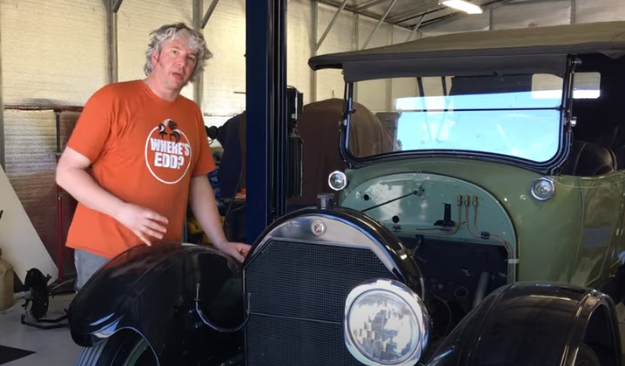 On this episode of Edd China’s Workshop Diaries he keeps working on one of his favorite projects, the electric ice cream truck starts looking racier, but the big news is the Cadillacs. The Cadillacs? Yeah, they have been in the background of some of the shots in the workshop and Edd is finally addressing them. They have some serious Wheeler Dealer history, but they never actually got raced across China and Europe like they were supposed to and Edd is going to remedy that.  But before he can go racing, the cars need to get to the UK from the United States. And before that can happen they need some work done because they aren’t exactly put together the way they should be. It is a classic case of stealing parts off one car to make another run, but now it is time to fix some of that.

It’s a cool episode, with lots of work on both a 1914 and 1918 Cadillac. There is a ton of cool info on these V8 cars as well, so watch because we know you’ll enjoy it. The 1914 Cadillac is an epic machine as it was the first V8 car ever mass-produced, and the first car with electric start. It also turns out that it is one of the first cars to have the bits in the right places, or at least by today’s standards. This is an epic car in the history of cars, and we dig it.

Ridetech Recipe: This 1976 Corvette Speaks To Me, And I Think It Would Make An Awesome Corner Carver Event Photos: The 2021 Beaver Springs Dragway All Ford Races Had Some Killer Machines!