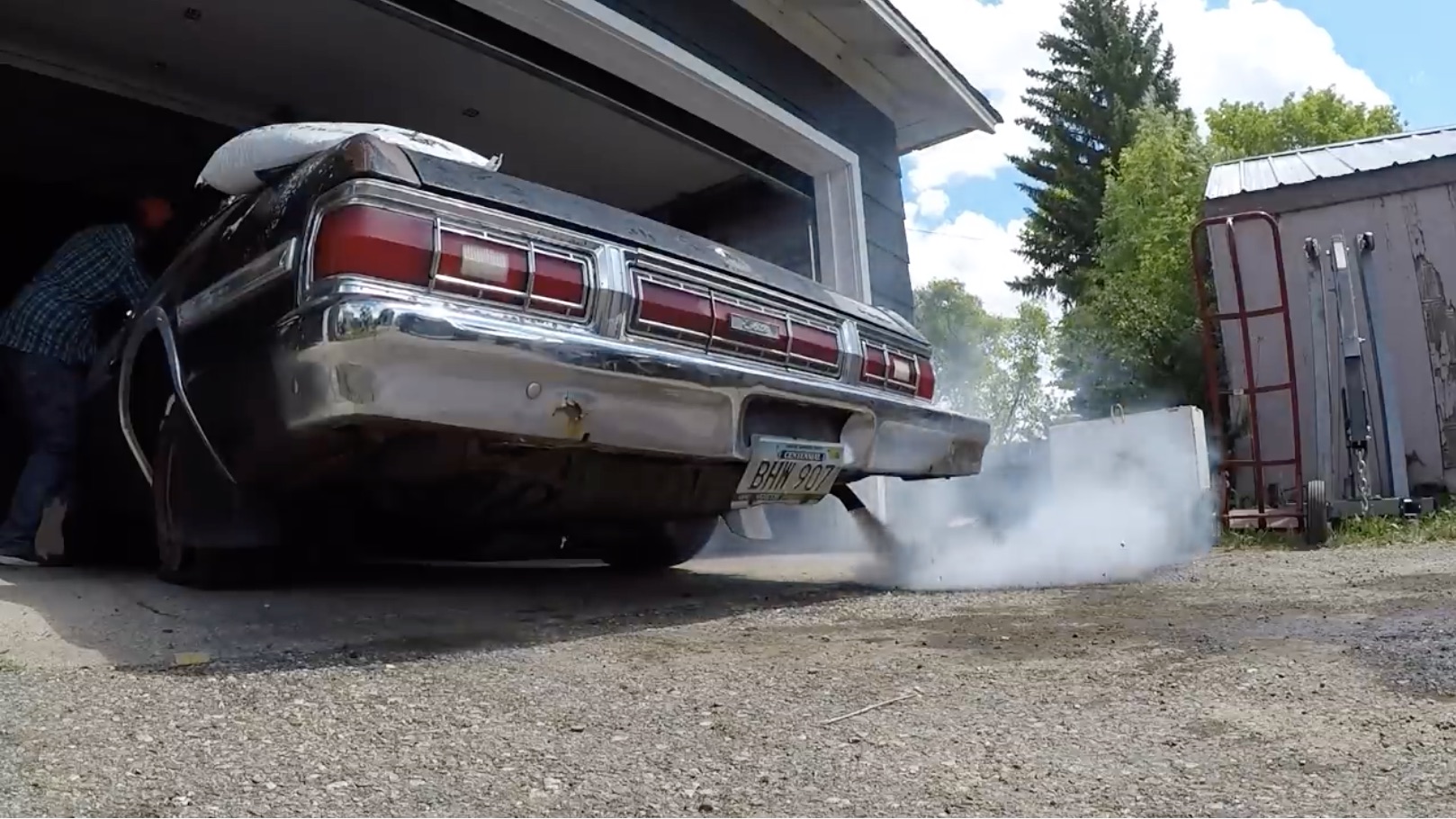 I’ve said it before and I’ll say it again: when the special editions start coming out, you know that a manufacturer is desperate to get every last dime they can out of a platform before they sigh, hit the drawing board and get to work on what’s next. Unless, of course, you’re talking about the 1970s, then things go completely haywire because suddenly a basic car just wasn’t going to cut it anymore. Nothing was sacred. Remember the Mustang II Ghia? Matador Coupe Barcelona? Dodge Charger Midnight Edition? A plain, basic car told the world you were plain and basic. You wanted the roof to be padded so thick that you could see the “Huggies” logo if you looked hard enough. The interior wasn’t done until you were sinking into a button-tufted, brilliantly colored sensory deprivation chamber. Blame the success of the Pontiac Grand Prix and the Chevrolet Monte Carlo, but the old musclecars were out and in their place were overkill pseudo-luxury barges that had the length of a Cadillac, two doors, and the horsepower of a base-model Ford Focus.

Am I being too honest with that line? Tough.

That being said, rocking a 1970s baroque barge versus a late-model bar of soap shape is an easy decision for us. For Derek, it was just another score, another car to bring back to life. Sure, it’s been sitting since Urkel was on television, but it’s an old Ford…it’ll start! Right? Well…not without a LOT of help. And a prayer. And maybe a screw loose or two. In fact, he’s only the second guy I know who would go completely nuts over a Ford Elite…I’m afraid the other guy might try to buy the car from Derek. And yes, it is for sale.

No Means No: The Day That Tom Sykes's Kawasaki Called It Quits Still Tippin': The Story Of The Slandering Of The Suzuki Samurai