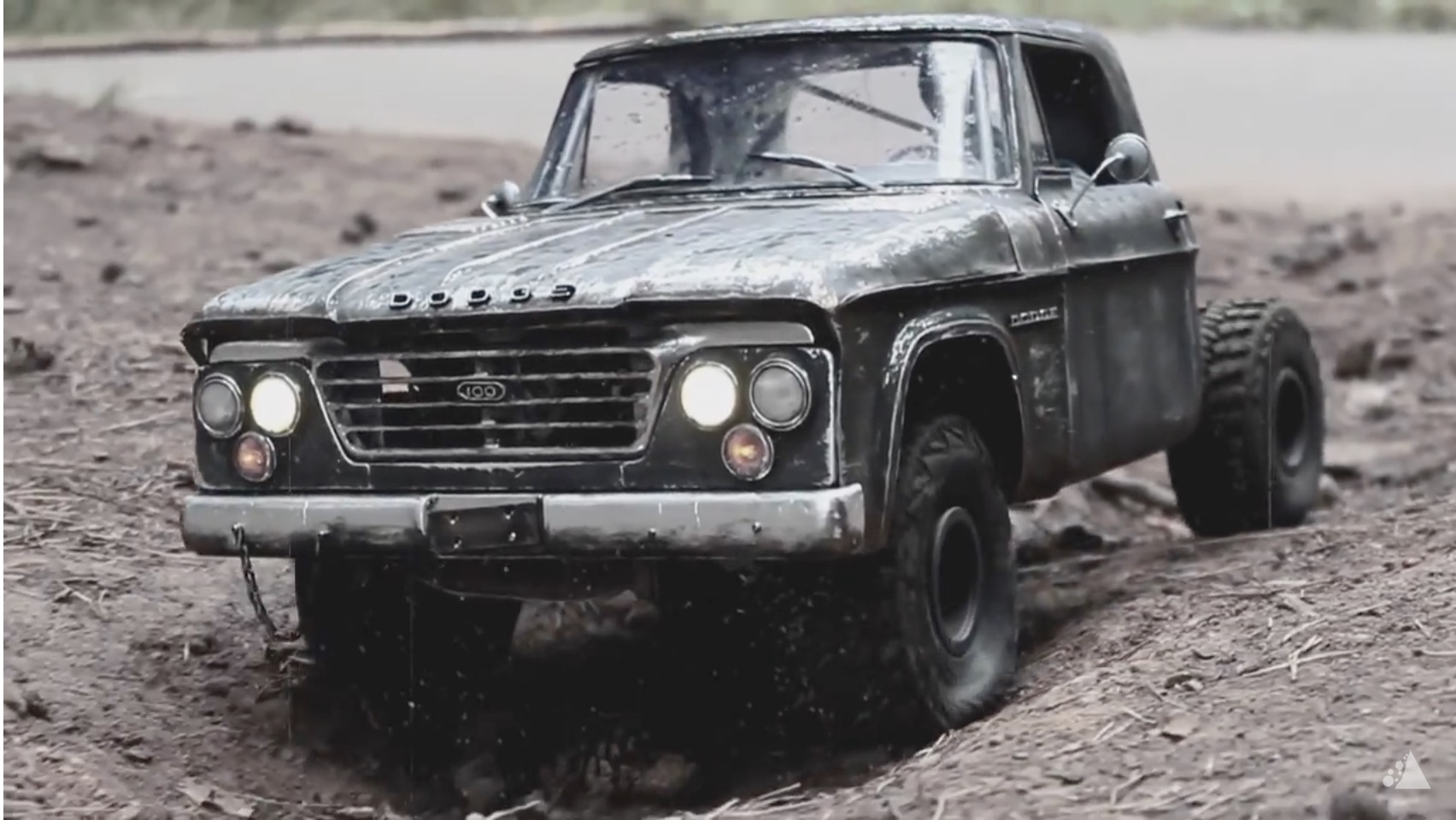 It’s been a bit since I’ve built a model car of any kind. The last one I put together, a 1980 Plymouth Road Runner, came out ten times better than any I built as a kid, due to my improved patience and some new detailing skills that I picked up over the years. That doesn’t mean that I’d be all about showing it off every chance I got. It’s not that pretty, I still painted it via a rattlecan instead of airbrushing it like I should, and due to the nature of the kit (the MPC “Fuzz Duster” version) there are parts and pieces that really needed some reworking to be realistic. Then I look at scale R/C model builders like Headquake and those who are into the super-detailed aircraft models and realize that I’m barely scratching the surface of “amateur” building.

The latest case in point comes via Konstantin Bogdanov, whose 1961 Dodge D100 is so damn close to every real-deal Dodge Sweptline from this era I’ve ever seen that it’s almost frightening. Everything about the patina’d old four-by-four remote-control reminds me of the various rigs I’ve encountered over the years. I’ve almost never seen one with good paint, I usually see them in some sort of “thrashed” condition but due to the robust nature of the trucks, items like the lenses, fender trim and the basic bare-bones interior are usually still intact and solid. But how do you translate a fullsize truck into a remote-control vehicle that fully encapsulates the real-deal? Buy a body? Not likely. The first video will show you the construction, from computer idea to printed forms to body shell. The second video is proof that the work was worth it.

Best of 2019: This Gears and Gasoline Video About NHRA Drag Racing Is Ridiculously Well Made - Good Watch Incredible: Jack Bally Built A Flying 1/3 Scale B-17 Bomber From Scratch - Video and Info Here!