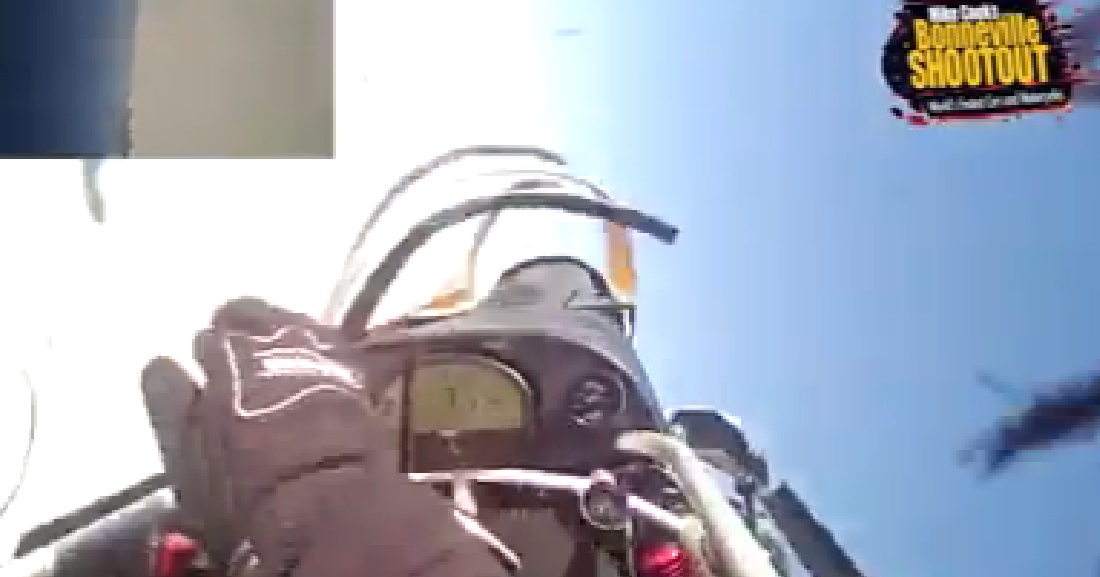 By now you have no doubt heard that the Poteet and Main Speed Demon land speed car crashed and was largely destroyed on the Bonneville Salt Flats while Chad and I were out on Drag Week. The car has been one of the most prolific land speed machines of all time and has set more high speed records that virtually anything else to ever turn wheels on the salt. Its last great act was to completely protect driver George Poteet when things went drastically wrong at some 370mph and he became nothing more than a passenger in one of the most horrifying wrecks the salt has seen in years. As you’ll note in this video, things were looking good for Poteet and Speed Demon until the upper echelon of the gear changes when the speed really starts to get big. In either sixth or seventh gear you will see George put some serious steering input into the car in an effort to stave off the ends swapping but it was not enough. What happens next is really beyond words.

As the car began to rotate (and it wasn’t a long time) you see Poteet’s right hand grasp what looks to be a chassis tube. We don’t think it is the parachute handle but it may well be. Less than a second after his hand comes up, the flipping, rolling, and destruction begin. The sky and ground swap positions in a lightning quick manner, the canopy and various pieces and parts of the streamliner are thrown off and ultimately it ends with George laying there on his side on the white expanse of the salt. It is awesome how quickly responders are on the scene and communicating with George. We had no idea how long it would take and the answer was not very.

What’s the future? We’re not sure but we do know that George Poteet has become another member of a very small club of people who have survived a car wreck at north of 350mph. Wow.