Chadmouth: Street Car My Ass!!!! Just Cause It’s Got A Plate Doesn’t Mean It Is! 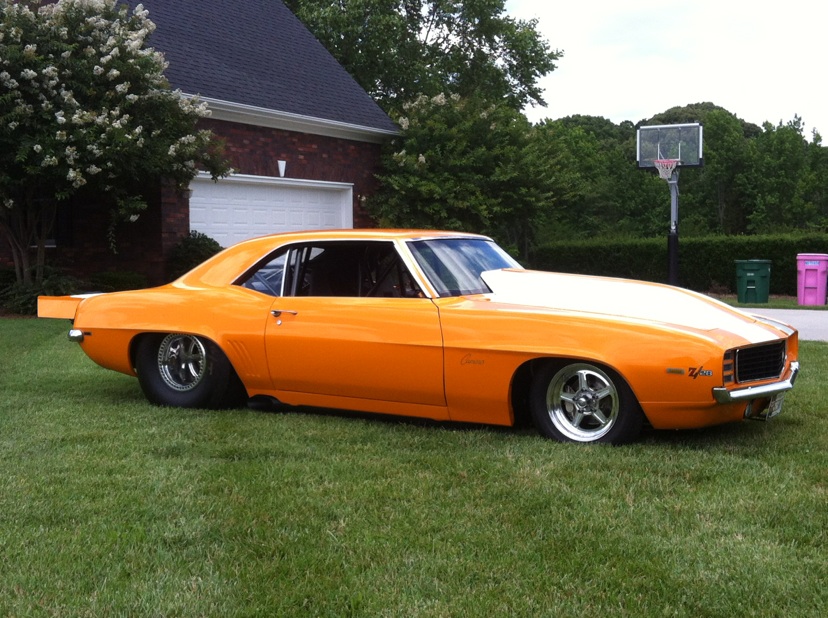 This is so not going to go the way you think it is.

I’ve long been a proponent of real street cars, but I’ve also never been the guy that drove stuff most people thought of as “streetable”. After all, my ’69 Camaro had a 5500 rpm converter, a ‘Glide, and 4.56 gears. Fun on the freeway baby! NOT. But, I have always said that if your commute was only a mile, then a Funny Car could be perfectly appropriate for you to drive to and from work. If it’s 50 miles, maybe not. But I’d like to see you try. The reason I’m all fired up about Street Cars this week is because a good friend of mine, Doug Cline, got denied entrance into a Street Car race last weekend because his car has a round tube chassis under it. Meanwhile, dudes in Super Gas cars that had the license plate on them from the dually tow vehicle were allowed to run.

The promoter and the track, who shall remain nameless because I’m feeling generous, although that might change by the time I finish writing this deal, said that Doug was more than welcome to grab a back half or square tube chassis car and throw the tow vehicle plate on it and get it on. But no round tube chassis cars. When Doug proclaimed that his car was in fact a registered, insured, and regularly driven street car, and that he would challenge any of the other “gentleman” there racing to a run down to the store and back, he was denied. WTF?

Dougs car is going to be a real heavy hitter on Drag Week this year. I think that gorgeous son of a bitch ( the car not Doug) will run 6:70s or better. What I know 100% is that his car is totally streetable. I’ve seen it. It runs great down the highway, just like Larry Larson’s Chevy II, and a growing group of 6 second drag style street cars. These cars regularly navigate public roads of all kinds, and do it with little or no drama unless you count the throngs of people who stop, stare, gawk, and take pictures. Is Doug’s Camaro the street car for every man? No. But man what a society we would live in if it was. Woot woot!

So how in the hell does round tubing make this car any less of a street car? Is there some magic formula for the amount of round, square, rectangle or heart shaped tubing you must have to be a street car? And what’s the maximum?

I understand that as the promoter you get to make the rules, I’ve been that guy before. But, like anything else in life, a little logic could certainly help out.

But why is it that some folks think the way they do?

I mean some folks still consider Andy Frost’s Vauxhall to be the World’s Quickest and Fastest Street Legal Car. Street legal doesn’t mean street car. With solid billet heads, he won’t make it too far in traffic. But, it has apparently passed MOT in the UK and so he’s street legal. We’re good with that. But, I’ve got cash money that says if I set the route, and you only have 15 minutes to prep the car after completing it, there are several Drag Week competitors that would hand him his ass.

If I were to come up with some arbitrary rules for what makes a street car, there would be steel, glass, weight, and other requirements. But I’m not that guy…today.

The guy I am today is the one asking you to let us know what YOU think makes a street car. And don’t give me stuff about A/C, a radio, or anything like that. Those are comforts, and they are things many of our hot rods never came with from the factory.

Does a street car have to include certain equipment?

Or does a street car lose that status if it includes certain things that are only at home on a race car?

Does round vs rectangle tube matter?

How about new front suspension, like a strut setup? Be careful here, because the Pro-Touring world includes many aftermarket replacement front subframes and such that have no semblance of factory suspension left in them.

Is there are tire size limit on a street car?

I know this question has been asked many times, and you don’t have to agree with my thoughts on the subject, but of all the things that someone could use to determine whether a car is a street car or not, round tubing doesn’t seem to be the smartest one yet.

The comments below show me that BangShift readers are the smartest automotive enthusiasts out there. We may not all agree with every single detail, but the overwhelming response is that cars like Joe Barry’s double throwdown bitchinest ’56 Chevy ever is a street car. Larson’s Chevy II, a street car. Doug Clines Camaro, a street car. The Huber’s Mustang, most certainly a street car.

If you can operate it on the street, reliably, and drive it enough to enjoy it and go grab dinner, go to a show, etc, it’s a street car.

Should whether your wife will ride in it be a requirement? LOL

Is there any one thing that to you makes it immediately NOT a street car? 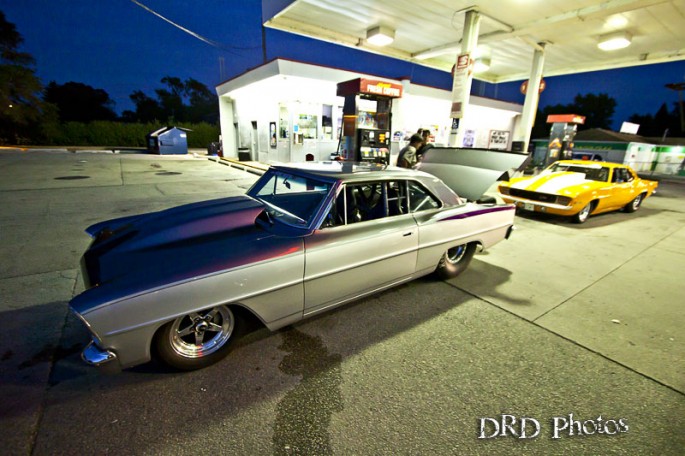 52 thoughts on “Chadmouth: Street Car My Ass!!!! Just Cause It’s Got A Plate Doesn’t Mean It Is!”