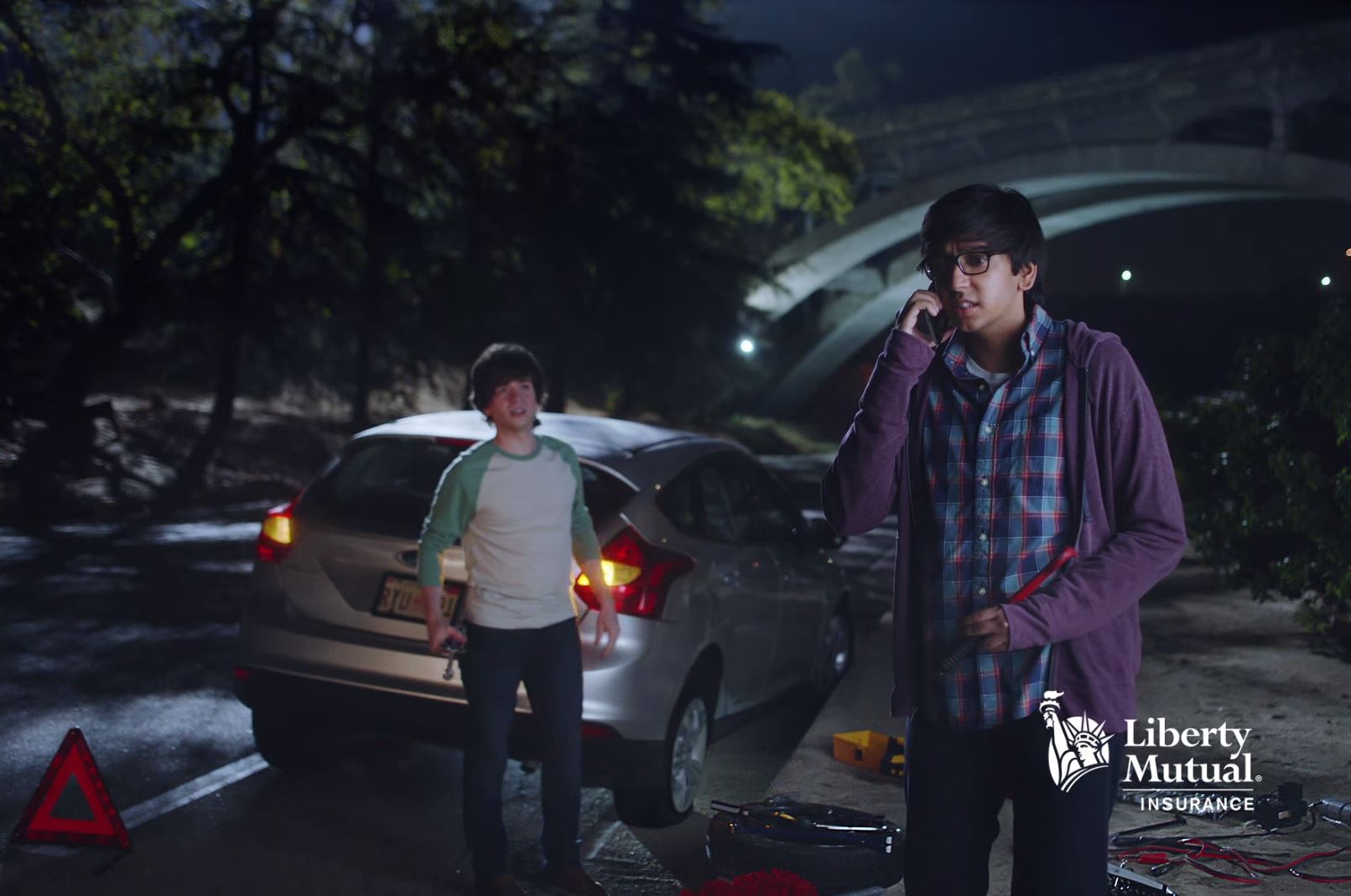 I’ve had one of those days where most of the people and things I have seen have made me think that most of humanity is filled with incredibly stupid people. When I saw this Liberty Mutual commercial touting the benefits of their 24 Hour Roadside Assistance, and showing two young men who didn’t know what a lug wrench is or how to use it, it took everything I had not to scream at the TV.

If you have children who NEED roadside assistance because they are too stupid to know how to change a tire, then they are too stupid to leave the house and should wear protective gear inside or out. Don’t get me wrong, everyone in my family is covered by our Auto Club of Southern California membership, and I’ve used it when the fuel pump died in the old Suburban, and when I ran out of fuel in the same Suburban because the fuel gauge didn’t work. And I want my children to use it when they are out with someone and their car breaks down. Or if they pull a Chad and try to see how far their junk will run on E.

But make no mistake…I will bust their balls LIKE IT’S MY JOB if they were to show up at home on the hook when they had the parts, tools, and ability to install the spare tire on their car/truck and then come home on said spare.

The recent storms have really shown me how so many of us take things for granted and have no clue. The 20 something news dude actually remarked that at least with the power out you still have your cell phone for entertainment. Really? Does he own the magic iPhone999 that runs on hopes, dreams, and flood water? And how about the commercial for The Weather Channel that says that when the power and your tv goes out you can take The Weather Channel with you anywhere if you have their app. Really? Again is it a magic no battery using app? WTF people?

This week, pay attention to your kids. And instead of smiling at them sweetly, tell them when they are being an idiot and why so they can be the one in their group that knows what to do when the crap goes down.

Here is the commercial so you can laugh.

Two Men Dead After Their Hellcat Challenger Overshot The End Of The Runway Where They Were Test-Driving Get A Closer Look At The LSX-swapped 1979 Rolls-Royce Silver Wraith II That Stunned At The 2017 Holley LS Fest!