Holley Hydramat To Be Installed In Every Super Stadium Truck Immediately 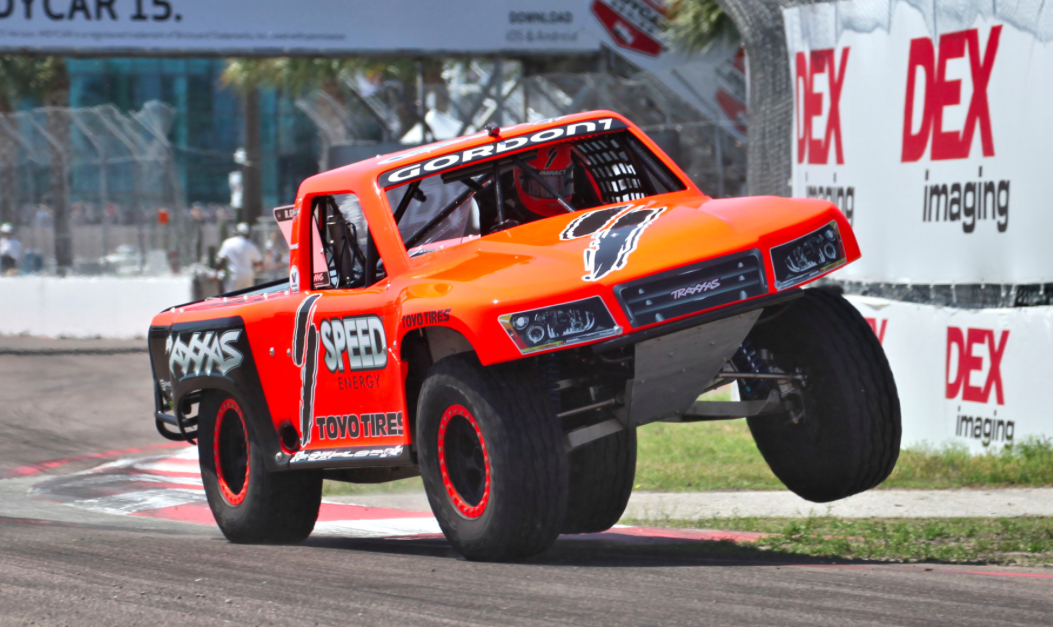 We were literally the first outlet in the known universe to break the news about the Holley Hydrant and it happened at PRI last year. The unique fuel pickup system that lies on the bottom of a tank and is able to supply a steady stream of fuel in virtually every condition has been a smash hit for Holley and with the addition of the Stadium Super Trucks the company has another venue to prove out the toughness and reliability of the groundbreaking product.

As tough as it is to keep, say, a drag racing motor fed with fuel because of all the g-forces and all, it is literally nothing compared to the jumping, sliding, hard cornering, and other stuff that these trucks do. Gordon admits in the release below that fuel delivery is a problem, for these guys because of the harsh and crazy environments that they compete in. The boys at Holley know that the Hydramat will help solve these problems well.

Every motorsport poses its own unique challenges for fuel supply. In drag racing, cars leave the starting line at three G’s or more, depending on the level of racing. In stock car racing, fuel is constantly being pulled to the outside of the car as they make turns at high speeds on speedways all over America. In drifting and road racing, cars are under immense G’s not only from acceleration and cornering, but also braking. As demanding as these environments are, the Stadium Super Truck Series might just be the most demanding from a fuel supply standpoint. Not only do these trucks accelerate, brake, and corner hard, but they also go over huge jumps, literally adding an additional dimension to the fuel supply equation.

Gordon has been competing in the series since its inception in 2013. He has claimed the championship in both 2013 and 2014. For 2015, he is currently sitting in second place with 15 of 20 rounds completed. In addition to competing in the series, Gordon helped form it and helps prepare the trucks. Robby stated, “In the Stadium Super Trucks series, we had numerous problems with fuel pickup due to fuel slosh from the big jumps, crossovers, and hard cornering.” In light of this issue and seeing the new Holley HydraMat, which is being used successfully by racers in ARCA, SNORE Off-Road Racing, Pikes Peak Rally, and various other motorsports, Gordon arranged to test the HydraMat in his truck. The test session left Gordon impressed, saying, “We simply can’t have any issues with fuel pickup causing our trucks to stumble. The HydraMat solved all of our fuel pickup problems.” For the last five stages of the 2015 Stadium Super Trucks Series, you’ll find a HydraMat in the fuel cell of every single Traxxas truck. 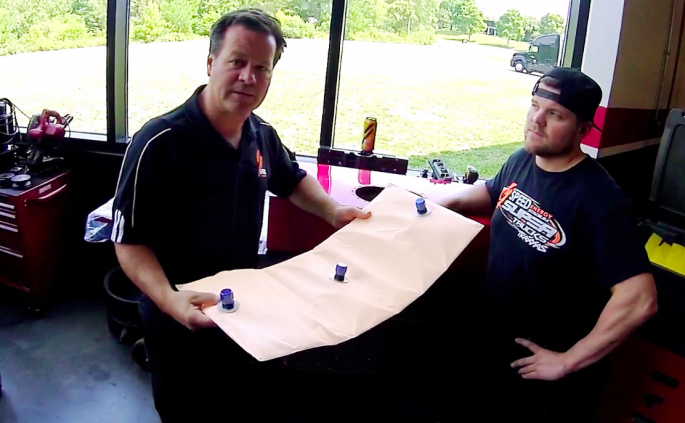 Extreme Outlaw Pro Mod Coverage: Big Dog $15K To Win At Piedmont Dragway! If Two Is Good, Four Should Be Great: Listen To This Mazda RX3 Tear The Air Apart On A Speed Run!