In the last two weeks, vintage car crashes in Massachusetts have been a reminder to stay safe in your classic 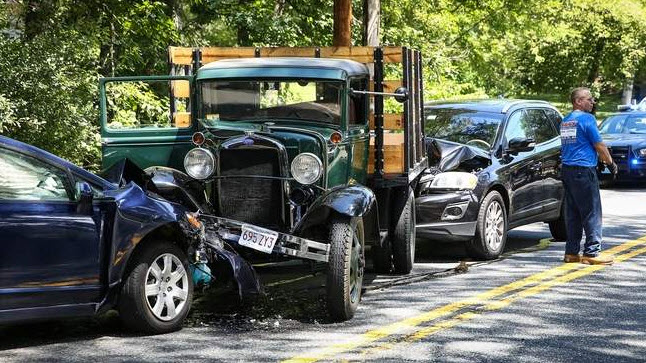 It’s been a bad summer for the drivers of some classic vehicles in Massachusetts. First, there was the 1958 Ford fire on 128 we reported a few months back. But the last two months have been tragic, including one death and several serious injuries. It’s worth noting that as fun as vintage cars are, there’s a very real danger to operating them in day-to-day traffic.

The first incident happened in Holbrook, Massachusetts, on June 29th, where 55 year old Robert Ball was involved in a head-on crash driving his 1970 Oldsmobile 442.

According to reports from the accident, a witness saw the collision and notified the police. She stated that she saw an Oldsmobile and a Honda Civic collide head-on. Preliminary reports suggested that the Ball appeared distraught prior to the crash, and that the 442 fishtailed and lost control, hitting the Civic head-on.

Ball was transported to a Boston hospital via a medical helicopter, and died later the same day. 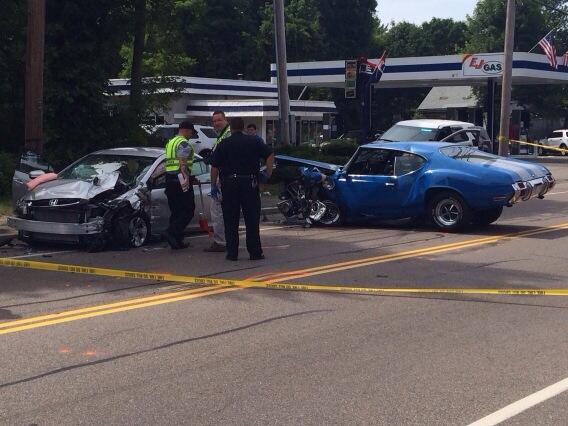 The second incident happened yesterday in Holliston, Massachusetts, where an unidentified 82 year old man driving a 1930 Ford Model AA west on Washington Street when a Honda Civic driven by an unidentified 59-year-old Milford man crossed over from the eastbound lane and drove head-on into the truck, according to Wicked Local Holliston. 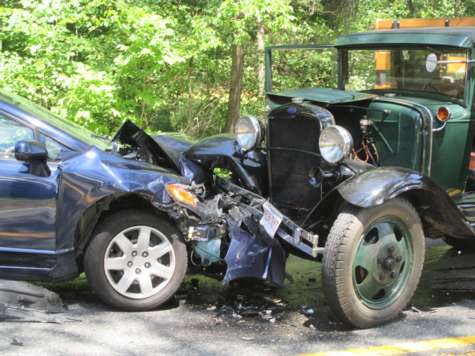 A third vehicle, a Volvo XC60, driven by a 49-year-old Holliston man, crashed into the rear of the truck. The unidentified 82-year-old man was taken to a Boston hospital by a medical rescue helicopter after the 11:33 a.m. crash.

It’s worth noting that regardless of fault, both classic vehicles crashed into modern Honda Civics with an arsenal of safety equipment to keep occupants safe, and that the drivers of both Civics walked away relatively unharmed.

This chilling video from the IIHS shows a modern Chevy Malibu crashing into a 1959 Bel Air sedan. The results are astounding. Be safe out there, and don’t underestimate the risk in driving your vintage car.

Click PLAY below to see the horrific results of a crash between a classic car and a car with modern safety designs and equipment.

See How A Determined Cartoonist Got The CEO Of Tesla Motors To Donate A Million Dollars For The Creation Of A Tesla Museum Top 11: Join BangShift In Celebrating Dodge's 100th Anniversary!

25 thoughts on “In the last two weeks, vintage car crashes in Massachusetts have been a reminder to stay safe in your classic”