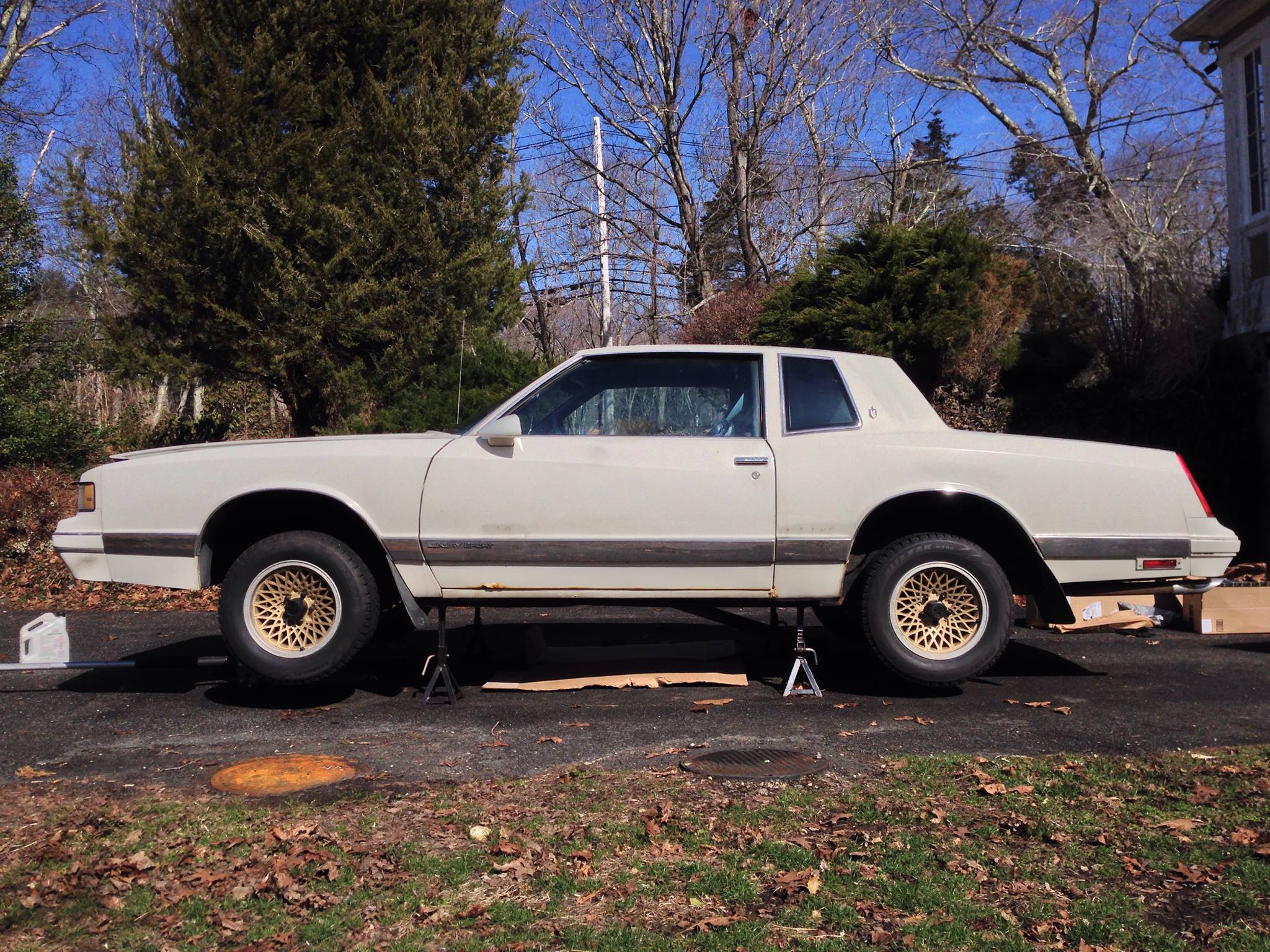 [“Nut Driver” features updates on Dave Nutting’s daily driver 1987 Chevrolet Monte Carlo]
If you want to catch up on the other installments, click HERE

As it’s been FOUR FREAKING MONTHS since I last had an update on this car, let’s recap as to how we got here:

– The car is/was a bone-stock when I bought it late in 2013. I decided to add a few suspension upgrades and autocross it. Repeatedly.
– Driving home from work one cold February afternoon, the transmission finally gave up the ghost.

While my original intention was to get the car back on the road as soon as possible, I have an acute form of “WhileI’mAtIt-itis”, which resulted in project scope creep hitting levels that would make a government contractor cry foul. What should have been a simple transmission rebuild morphed into a monster of a project, including a rear-end swap and even more suspension upgrades. Oh, and as expected with a shade-tree mechanic such as myself, I ran into numerous roadblocks along the way including incompatible parts, bad weather, and just general stupidity.

At this point you may be thinking, “Nutting, I don’t understand where you’re going with this. You blew up a 2004R; that should have been rebuilt and back in the car within a week“. If so, consider yourself in good company with my wife, family, and the majority of my friends. The only parties really making out on this deal are my insurance company (As there’s a 0.0% chance of the car being involved in an accident while stranded in my driveway) and the “other” G-body, my 1987 Monte Carlo SS which I’ve owned since I was 19 that has been all but neglected over the last year and a half while I’ve been out having fun with the LS.

Over the next few weeks, expect updates on where we’re going with this never-ending project to get my great white heap back on the road, as well as my adventures with the SS at the SCCA New England Region autocross events.
SPOILER ALERT: Crappy tires, an extra 100-plus horsepower, and a bad driver makes for spin outs galore.

Who knows, I may even drive the damn thing again this year before the snow flies…

NHRA New England Nationals 2015: A Photo Diary From The Region's Biggest Drag Race Watch This Eagle Talon Go High and Eat The Wall During The Spectator Drags At Seekonk Speedway