Rebeldryver’s Garage: 400 Cubic Inches, A T-56 Magnum, And More To Get This Hot Rod Running Again 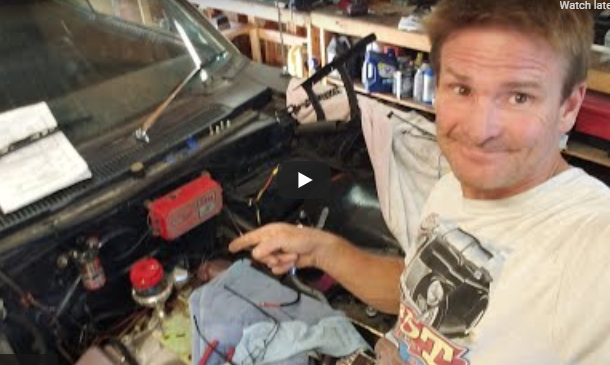 I know the curse of having cars sitting and not running for years all too well. A couple years ago we spent 12 days thrashing on my 1969 Camaro in order to get it back together after 15 years of sitting, and the satisfaction of driving it cross country afterwards was immense. So when Rebeldryver, aka Scott Liggett, had the parts in place to be able to get his well known 1965 Impala back on the road after 4 years of sitting, we were encouraging him to do just that. In typical Scott fashion, he went to work each evening and got a ton done in little time. Of course more parts were needed, but even with a couple delays he was determined to make this Impala make some noise.

With a Blueprint Power Adder 400 engine and an American Powertrain T-56 Magnum sitting in the garage ready to be installed, it was all about getting the little stuff ready. But before he could button it all up, and figure out just what little things he would need, the engine and transmission needed to be installed. So, some room was made in the garage and the thrash began. In these two videos you’ll see Scott get the engine, trans, and Mcleod clutch installed and then ultimately go through all the other stuff needed in order to make it run and drive. If only slamming the engine and trans in it made it run and drive that would be awesome, but we all know it takes more than that.

The 65 Impala, Project Evil Orchid, I have owned since 1996 has been off the road for four years since I blew up the 383 I had in it since I bought it. I started installing the new BluePrint Engines Power Adder 400 small block, American Powertrain T-56 six speed transmission that has a McLeod’s RXT Street Twin Clutch.

We are finishing up installing the BluePrint Engines 400, Power Adder, part # BP4003CT1, with American Powertrain’s T-56 Magnum 6 speed transmission in my 1965 Impala SS, AKA Project Evil Orchid. Then, install everything else to get to the first fire and first test drive.

2 thoughts on “Rebeldryver’s Garage: 400 Cubic Inches, A T-56 Magnum, And More To Get This Hot Rod Running Again”