The Challenger Revival, Part 17: Cutting Through The Layers To The Inner Good 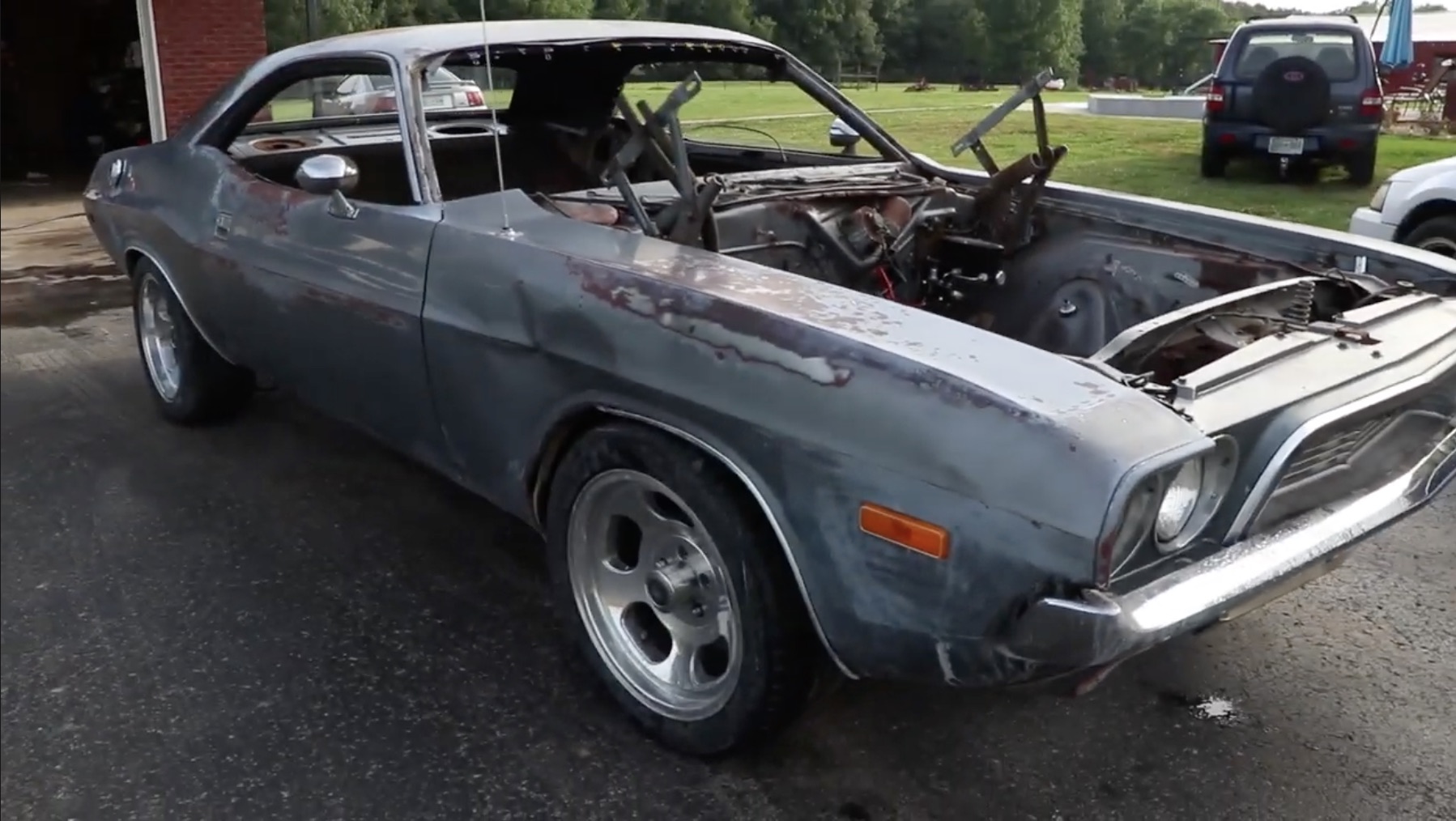 To date, most of McCool’s work on his 1973 Dodge Challenger has involved restoration: rust and rot repair, cleaning up the appearances, interior rebuilding, and so on and so forth. We’re still waiting on the actual heartbeat parts of the car to appear, and we have word from Dylan that parts are on the way and we will be seeing that kind of work coming soon, but for now, here’s his latest project on the Challenger: paint work. McCool has been absolutely hounded regarding the paint situation on this E-body, and for good reason: there’s a lot of people who are sick of the patina look. I’m actually one of them…original paint is one thing. I can live with original paint that wears it’s age. What I can’t take much of anymore is garbage repaints and rust for the sake of rust. The Challenger has a bit of both, and in this update, some of that won’t be on parts of the car much longer.

From the look of it, the Challenger has been painted at least once, maybe twice over the stock paint. The outermost layer looked like garbage primer, and underneath that might have been a light teal color or maybe a super-thin layer of B5 blue. But with a lot of wet-sanding, Dylan is going to bring the car back to it’s original paint, which as best as I’m able to figure out, looks to be JA5, which in Dodge-speak is Dark Silver Poly and in Plymouth-speak, is Silver Frost Metallic. That one-year-only color has been peeking out here and there through the rashed sections of paint and from now until he’s satisfied with the result, a lot of wet-sanding will take place to bring the original color out as much as possible.

This is what patina should look like. My two cents, take them for what you will.

Watch This: You Really Can Fix Big Dents With Hand Tools! Big Daddy Caddy: The Acquisition Of A Droptop Cadillac Trar For Some Off-Road Adventures

One thought on “The Challenger Revival, Part 17: Cutting Through The Layers To The Inner Good”