Slap Fight: Brian Vs Chad – We Insult Each Other Over Turbos and Nitrous 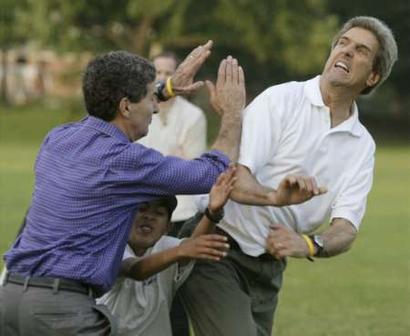 (Editor’s note: Welcome to Slap Fight! We’re going to try and make this a weekly part of the BangShift blog lineup. Long story short, this is a space where Chad and Brian take the gearhead debates they have with each other public. Like good racers, they were friends before Slap Fight and they will be friends after it, but while they’re in their helmets, and Lohnes always wears a helmet, they are going to battle. Your job? Pick a winner from this mess…if you can)

Lohnes’s side – Turbos all the friggin’ way.

When thinking about how I was going to mount my defense for turbos, lots of ideas crossed my mind. I initially thought about going easy on Chad and using some subtle examples, maybe even some actual facts to support my argument, but I’m going to land some haymakers instead. Question one: How many guys have you ever seen at a car show with a fake turbo on their car for looks? Answer: NONE. Remember that time a guy got caught cheating for having a hidden turbo? Oh wait, you don’t, because that never happened. Ever seen a motor melted into a puddle of aluminum due to a faulty turbo solenoid? No? Me neither. Turbochargers dominate every form of racing they are allowed to compete in. Yeah, that’s right too, turbos have been banned in more places and by more racing rules committees than nitrous ever could think about. Also, I am pretty sure that turbos are legal on road going cars in the 39 states where nitrous isn’t. Let me check on that…yup, I am right. (Neither of us are allowed to cheat and see the other guy’s rant, so I am going on what I think Chad will say below.)

I bet Chad is going to spring the, “Turbo kits are expensive and nitrous kits are cheap!” junk on us. Yes, the initial cost of entry certainly makes nitrous seem like the best option, but guess what kids? People make you pay to have that bottle refilled. Depending on where you are and when you are buying you could be into a bottle from $35-50 a fill. If you actually drive your junk hard you’ll be snarfing through those bottles like Tony Montana did with Peruvian marching powder. Next up, “Turbos are complicated to install!” Sure, a turbo kit is harder to install than a plate system or a single nozzle dry shot setup. Once you start to step on your junk  and move up to a multi-stage nitrous system that is plumbed into the intake manifold, I’d bet dollars to donuts you’ll have more time in the plumbing work than I did installing my turbo…and I’d still kick your ass, then drive home.

Lastly…What does Larry Larson have on his car? That’s what I thought.

Chad’s side – Bring on the snails baby, it’s the Big Blue Bottle all the Way.

Sure, the easy way out of this argument is to say that turbos cost too much and that they are hard to put on a car. I’m not going there. It’s more about the instant gratification. Give me two hours and I can install a stand alone nitrous system on most any car. Really… I’ve seen me do it. And that’s not even my stand alone “rental car” unit. And unlike adding turbos, the nitrous setup doesn’t make your junk run hot when just trying to drive down the road, because it only ads power when you need it. And when you do need it, there is nothing cooler than pressing the button and feeling the hit. If you follow the instructions from NOS and guys like Monte Smith, it’s safe, effective, and fun. Sorta like Viagra. Hell, they share the same side effects, and that wouldn’t stop you from using the little blue pill. The most common side effects of VIAGRA are headache, facial flushing, and upset stomach. Less commonly, bluish vision, blurred vision, or sensitivity to light may briefly occur. Source: Viagra.com

And so what if there are some side effects, we all know it’s worth the risk. Melted pistons? Come on. Get real. More turbo guys are clueless on tuneups and melt pistons at a typical PSCA or NMCA/NMRA race than nitrous guys. Nitrous is a completely safe, fun power adder. Get over it boys and girls, you too can learn to love the blue bottle.

And while turbos are all the rage and arguably one of the coolest looking things you can add to your engine, nobody ever pulled up to to a street race and started looking for the hidden turbos. That’s because they aren’t afraid of them because you can tell how big they are just by looking! Plus, turbos are allowed in all kinds of “professional” racing. Nitrous isn’t allowed in any of them. That’s because it’s only for the cool outlaw kids. Guys like Chad Henderson who spray 3 or 4 kits on a 295 drag radial. So do you want to be one of the cool kids? Or just another guy with a turbo 5.0 or LS? Does that hurt your feelings? Sorry, grow a pair and spray your turbo motor. Now we are talking! Think it’s a bad idea? Think again. The cool kids are doing it for sure…where they will allow it. Again, too crazy for some of the weak minded.

And finally…with Hot Rod and Car Craft and everyone else showing how to make big power on stock parts with a turbo, anyone can do it. Or so they think. And yet they still don’t have the hair on the sacks to push a simple little button. Hmmmm, maybe you should trade in your hot rodder pants for a pair of manpris and get yourself a ticket to a Formula One race. They are going back to turbos too.

Dude, your hair is messed up. Get out the hair dryer and some mousse and you can fix that.

[box_light]What do you think of today’s Slap Fight? Let us know and watch for our response to each other tomorrow. [/box_light]

18 thoughts on “Slap Fight: Brian Vs Chad – We Insult Each Other Over Turbos and Nitrous”