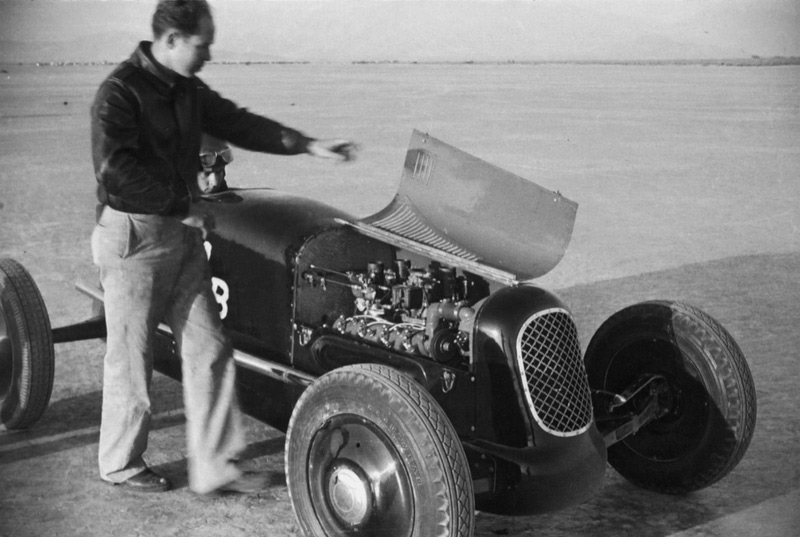 Stu Hilborn’s fascination with fuel injection and adapting it for use by hot rodders had a massive impact on the racing and rodding scene that continues to be felt today. Hilborn died Monday December 16, 2013 at the age of 96 years old. During the 1940s as a dry lakes racer, the Canadian born Hilborn became fascinated with speed and how to make more of it. During his time in the Army Air Corps he began mulling the idea of using mechanical fuel injection on automotive engines to increase horsepower. After the war he put his ideas into practice like so many of his motivated generation and everything he thought about mechanical fuel injection on the engine of a hot rod pretty much proved to be true. He wheeled his injected lakes racer to 150mph, becoming the first guy in the history of racing on the lakes to do such a thing. That was a huge deal and it provided a spring board for his ideas and ultimately a spot in a 1948 issue of Hot Rod Magazine.

From that point on, things just went crazy in a good way for Hilborn. His injection units were soon found all over drag racing, Indy cars, land speed machines, and virtually anyone wanting to make truly big power and have the ability to fine tune it was using Hilborn injection. Even to this day people see any sort of stack style injection setup on top of an engine and immediately default to calling it a “Hilborn” whether it is of that brand or not. Stu’s last name will be forever a part of the hot rodding lexicon and we cannot think of a more apropos tribute to a man who had such a great impact on the scene with forward thinking and the ability to turn an idea into a workable unit. It truly is one of the great stories in the annals of hot rodding.

By most accounts the introduction of turbochargers at Indy can be traced right to Hilborn who (through his company) developed an injection setup that was happy with boost and working with the turbos. Once this unit was sorted out, the turbocharged cars started to become more plentiful and they werre all using Hilborn equipment. Today, again as a testament to their founder is a leader with electronic and mechanical injection setups to fuel engines from mild to wild.

Stu Hilborn is one of the bedrock guys that helped to build the hot rodding hobby and the industry that supports it. The man had an amazing 96-year run and we’re sure his engineer’s mind was engaged long after his body was starting to let him down. The amount that he knew and the amount of progress that he must have seen during his life is mind boggling. We’re eternally thankful for his contributions and saddened by his loss.

BangShift sends our most sincere thoughts to the Hilborn family and the everyone at Hilborn Fuel Injection. A giant has left our mortal coil today.

Stuart is survived by his wife Ginny of 60 years, along with his daughter Edris and his son Duane, 4 grandchildren and 2 great grandchildren. 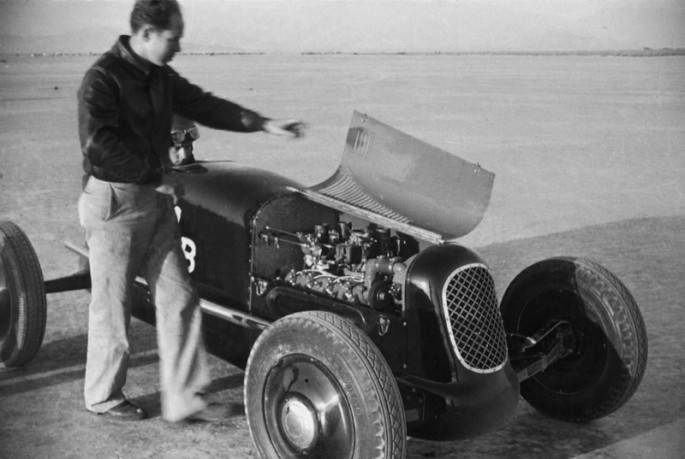 Craigslist Gold: This Ad For A Cool 1955 Olds Will Crack You Up! PRI 2013 - Our Last Blast Of People, Parts, and Cars From An Awesome Return To Indy!