Timing Tech: Here’s How You Recurve An MSD Distributor. It’s Easier Than You Think, And You Can Do It In Minutes With Just A Couple Tools 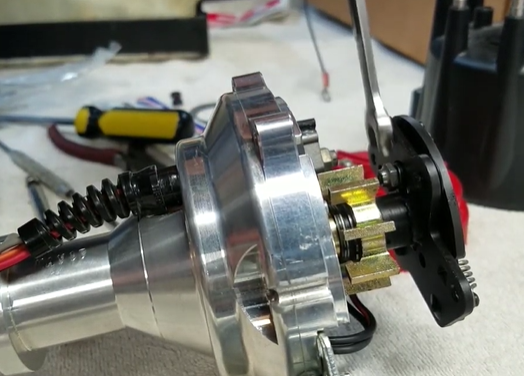 Making changes to a distributor has always been one of those jobs that people seem to be afraid of for some reason. Maybe it is because you typically remove the distributor before doing this to it, but it is possible to do while in the engine still. It would be awkward and hard, especially if you aren’t familiar with the job, but it is possible. If it were me though, I’d rotate the engine over by hand until the timing pointer is at zero and the rotor is pointed at #1 on the distributor cap, and then pull the distributor. There isn’t any reason that you can’t pull it, recurve it, install it, and fire the car again in an hour even if it is your first time. If you watch a video like this, and study the instructions and charts so you have the right springs and bushing in front of you, you can do it much quicker.

Better yet, do it when you purchase a new MSD distributor for your hot rod. Then you can curve it the way you want it before you even install it. And you really do need to look at it before installing it straight out of the box. In any high performance application, with normal performance upgrades, is going to be a candidate for a recurve. Depending on your combo, you are most likely going to want to get the maximum timing into the engine as quickly as possible. There are some exceptions to this, but as long as you can get the timing in it without detonation, then you are doing good.

Watch the video and Rebeldryver will show you how to recurve a distributor quickly and easily.

Plasma Cutter Or Steel Cutting Circular Saw? Which One Is Better, Straighter, Smoother, Faster, Easier? Cool Drag Video: A Look Back At Detroit Dragway On The Last Weekend Of The 1989 Season