Best Of 2015: That’s Not A Tool, That’s A Brick: The Best Video Of Karma Paying Back A Car Prowler You’ll Ever See 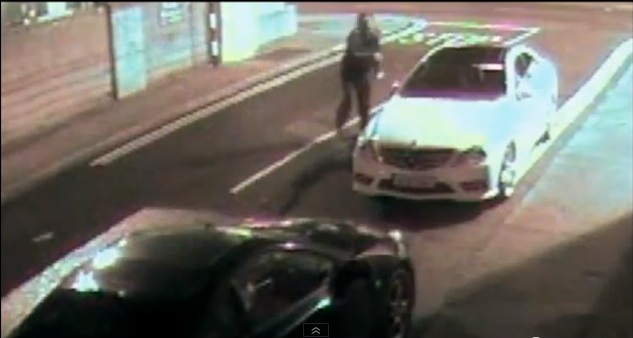 (Editor’s Note: And the “Dumbass Of The Year” award goes to…this guy. -McTaggart)

You have to be pretty low to find yourself using rocks to break into cars to steal whatever’s inside. More often than not, though, the thief gets away with it and the owner of the car is left to find shattered glass and missing items. It’s a sickening position to be in, so for anyone who’s been the victim of a smash-and-grab, here’s a little bit of poetic justice for you. This CCTV footage from Northeastern Ireland captured all of it. Pub owner Gerry Brady and a friend came out to his Mercedes E-class and found a man lying on the ground next to the car, injured and claiming that he had been attacked. But when the man became insistent that the Gardaí (police) or an ambulance not be called, Brady’s friend became suspicious, and soon noticed that the Mercedes had been damaged. The footage tells the tale: the perp had been busy working when he came across the Mercedes. After a couple of unsuccessful attempts with a large rock, he disappears, only to return with a brick and motivation. “Try, try and try again” led up to one of the best scenes of karma caught on camera recently: Our criminal friend throws the brick at the Mercedes’ passenger window with all of the force he can muster, and the brick bounces right off of the window and knocks the dumbass out cold. Brady told the Irish Examiner, “I’ll give him this — he was determined, he had three separate goes at it.”

This Is What A Top End Interview Should Look Like - John Force Raw, Intense, Semi-Threatening, And On The Chip Best Of 2015: It's An Imperial, An El Camino, And A Dually, All In One!

9 thoughts on “Best Of 2015: That’s Not A Tool, That’s A Brick: The Best Video Of Karma Paying Back A Car Prowler You’ll Ever See”