While reading through comments from last week’s post (oh, yes, I do read them!) I saw one particular post about idiotic counter guys. I honestly have been trying to avoid that subject, mainly because it’s overdone, mostly because I work with good people at my store (ok, 80% are good people, but still…) and mostly because a lot of my material is based upon input or actions from the customer.

Just when I decided that I was not going to write about other counter people, I get handed the Holy Grail of Idiocy this week.

It started with a customer needing headlights for a 6v system. Not that common anymore, but I was able to locate them and order them. Customer, who had driven well out of their way to my store, is very appreciative when he picks them up. Next day, customer has an epiphany: “Maybe I should stock up on a couple more lights.” He goes to another store to try to buy more lights. He has the part number from the box, and I told him to just use the part number, and they should be able to get it. I got a phone call two days later from the guy, asking if I, by name, would order more, because the people at the other store “can’t find their ass with both hands.” As I’m to understand it, three counterclerks refused to help, and the one that did had no clue what they were doing.

Funny as that retort is, it’s sad, because it means that the customer has a bitter taste in their mouth about ordering parts from a store. While I shine in his eyes, overall he’s going to avoid parts stores, and we may have lost a lot of business just because of word of mouth. Not good. And it reflects not only on that store, but that company in general.
Now, if you think that one’s bad, try this: Customer orders over $500 in brake parts for delivery the next day. We don’t have some of these parts in my store, so I check inventory. Our sister store nearby has everything we need, so I put in a request for parts transfer for the A.M. This means that first thing in the morning, their delivery driver is going to have a form with a list of parts to pull. Once he’s got everything together, he will hop in the delivery vehicle, haul everything to my store, and everything is okey-dokey. Except, when I showed up at 3pm the next day, the customer was at the counter, furious, looking like he was ready to eat glass, demanding to know why the parts didn’t show. I intercepted the customer (without clocking in or my uniform on) to find out what happened. A very quick investigation determined that not only were the parts not delivered, they were not pulled. I defused the customer by telling him that I would personally go get the parts for him right now, and informed the other store that the parts had better be ready to go once I got there. As I was storming out the door, I heard one of our newer employees mutter, “Oh, f*ck…he’s gonna kill everyone there.”

I’m known at the other parts store as “that one asshole”, and for good reason. Every time I show up there, I’m pissed, usually because one of their screw-ups has interfered with my job. When I walked in, I bypassed the counter and walked back to their delivery shelf…and saw the parts request still in the printer, untouched. No parts on the counter, either. Ok, fine, I’ll do it my-damn-self. I started ripping the parts off their shelves, and was almost done when their assistant manager demanded to know what the hell I was doing.

The result of that was a monumental ass-chewing, one I’m sure I’ll hear about from the district manager shortly.

Now, you’d think that’d be the worst of it, but no, not even close. THE NEXT DAY, in fact, one hour before closing, we get a call at my store. Customer is in desperate need of having a set of Super Duty rotors turned, and the other store had told him that “their rotor technician” had gone home for the day and that there was nothing anyone could do for him.

I can’t speak for all parts stores here, but in mine, you learn to do everything, and that includes turning rotors. The only excuse that is viable for anyone is that haven’t been trained on the lathe yet, at which point it is prudent that you don’t turn rotors, lest you gouge them to nothing. At the other store, they have two new people. That leaves seven individuals who can turn rotors. Out of the workers that night, there were no new people, and one who has about 30-ish years of experience doing this gig. And it was the old-timer who told them no. I cut the rotors. I gave the guy a discount on the labor just because of the bullshit he had to put up with. I stayed until an hour after close finishing up daily tasks, and I sent my coworker home just a little after he was supposed to leave.

There are good, knowledgeable counterguys out there, guys. Trust me. They are just harder than hell to find anymore. 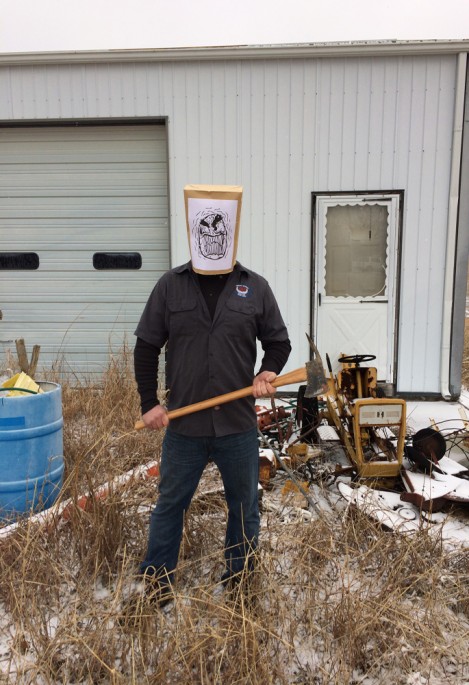 33 thoughts on “Unknown Parts Counter Guy: DB Counter Guys Give All Of Us A Bad Name”