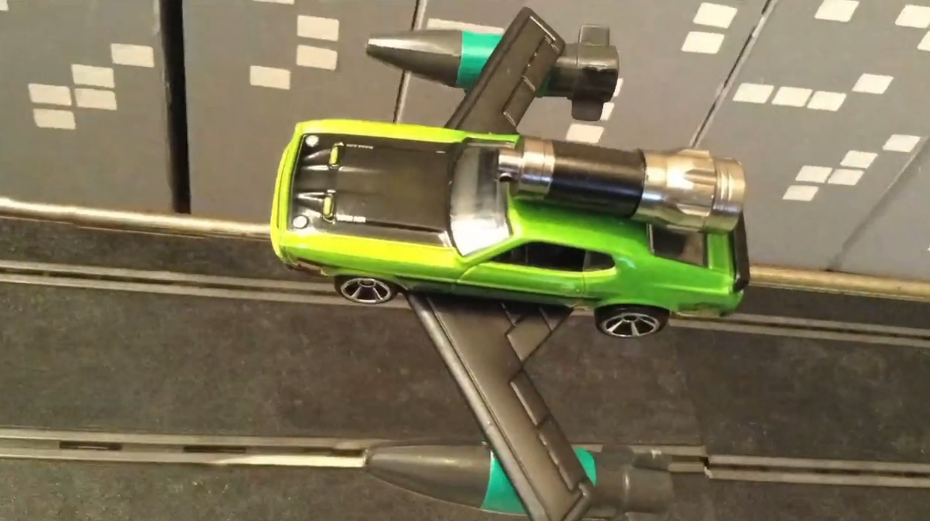 It was only a couple of days ago that we showed you “Nitro Warriors”, a fantastic stop-action short film that featured an epic car chase with Hot Wheels cars. Well, the sequel to that film is out and it may be even better than the first one. There’s epic flight chase scenes, the destruction of a city, space travel, robots, a gang, and photo happy tourists. The new film picks right up where the first one left off and if you missed the first one CLICK HERE TO WATCH IT.  We have no idea how many dozens or hundreds of hours was put into making this film but we’e guessing it was an immense amount of work to pull off.

The coolest thing about this sequel is the fact that the chase has left the ground and taken to the air. How the guys managed to do the stop action stuff with the car in flight is beyond us but we love it. Outside of the “how’d they do that?” factor that these films have, you have to respect the ability of the film makers to tell the story of the chase and the whole scene without using any words. Just in the camera movements alone they manage to convey emotion from freaking Hot Wheels cars and that’s genius.

What else can we say? If you watched and loved the first one, you’ll definitely love this one. Oh…and judging by the end of this installment there will definitely be a third one coming. That damned Corvette just won’t give it up, eh?

eBay Find: This 1966 Hemi Coronet Is One Of The Most BangShifty Hemi Cars Ever - Plain Jane Freight Train! Action Gallery: The Beaver Springs FE Race And Reunion! Full Info On the 2014 Event HERE!