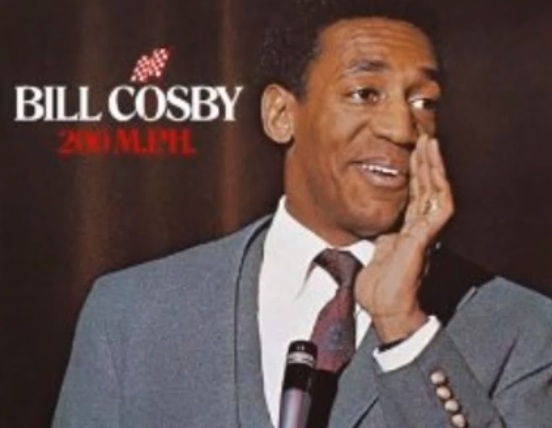 A recent thread in our forum section about an aluminum bodied, twin Paxton blown, SOHC engined, Shelby Cobra  got us thinking about one of the great automotive comedy routines of all time and the incredible, 100% true story behind it. In 1967 Bill Cosby bought a Shelby Cobra at the behest of Carroll Shelby who was not a fan of seeing one of America’s best known funny men at the wheel of a foreign car. Cosby, a car guy and a fan of exotics said that he enjoyed the foreign jobs because they went 180mph and American cars went 160. Shelby promised him that he’d get a car capable of going 200mph. Cosby bit and was delivered one of the two most insane Shelby Cobras ever built.

The two cars (one for Shelby himself and one for Cosby) were equipped with automatic transmissions, 427ci FE Ford engines, and twin Paxton blowers. Shelby claimed that the cars made 900hp. Cosby owned his car for little more than a couple of days after taking a test drive that scared him so badly he wanted nothing more to do with the car. The comedy routine is about the process of coming to own the car, what he planned to do with it, and then the discovery that it was so frightening that he couldn’t own it. This is true gearhead comedy because it is real and honest and just well done. In his typical style, Cosby doesn’t go “blue” but manages to get all of his points, even the ones that are slightly off color, in with an ease and coolness that few others have ever been able to match. We’ve all been in over our heads with a car a time or two. This routine speaks directly to those times when our manhood tries to overcome our good sense. In Cosby’s case, good sense won out.

In an amazing and 100% true twist to this story, the car went back to Shelby, was resold to a dealer and was then sold to a customer who literally drove it off a cliff and onto the rocks by the Pacific ocean in California. The carcass was restored (reportedly) but we don’t know where it is now. It killed that guy…it didn’t get Cosby though!

Press play below to hear the full and hilarious 200 MPH Routine by Bill Cosby!