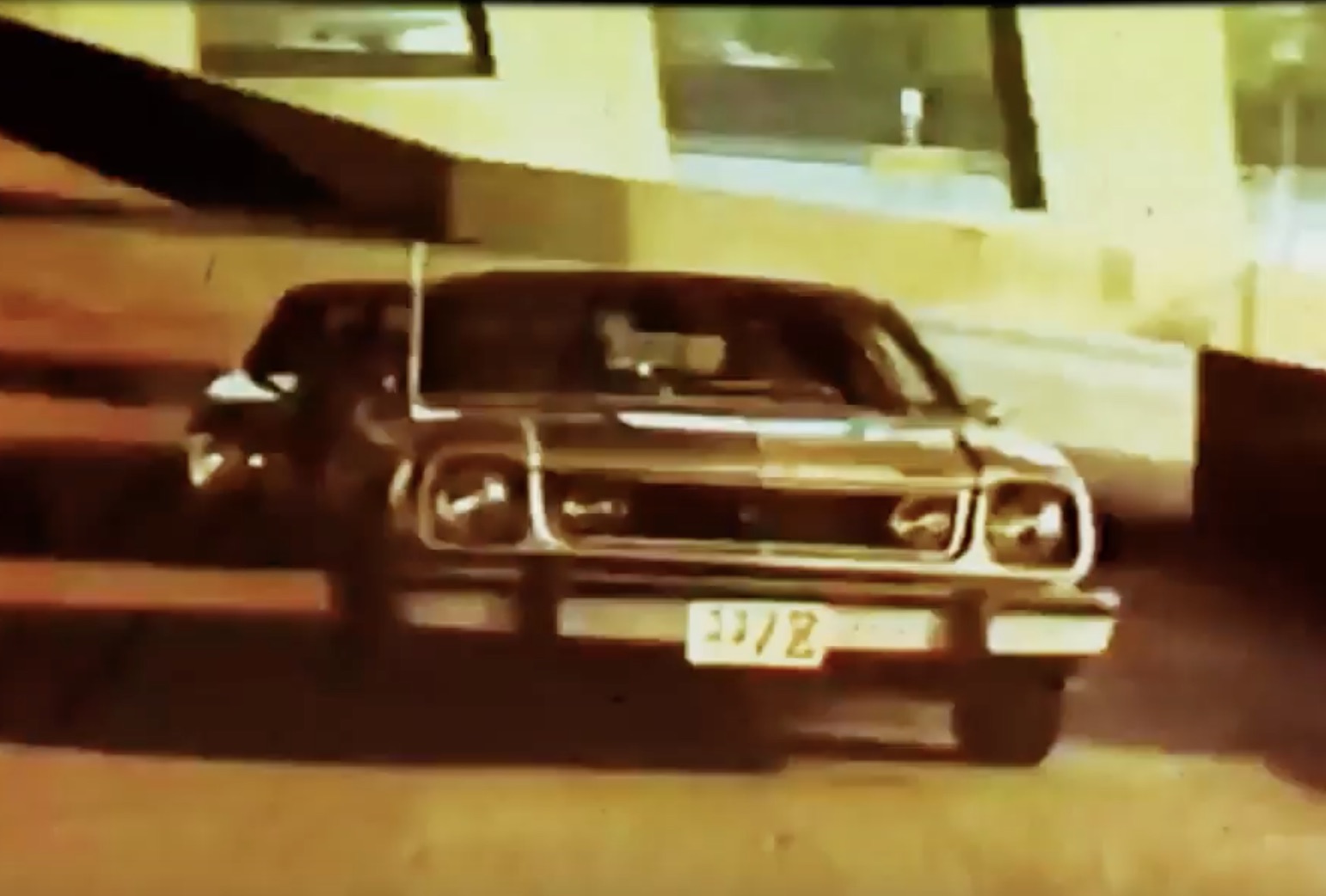 It was kind of bold for AMC to bring the AMX name to the Concord coupe for 1978. It was a “decal GT” car in most senses of the word…a lot of the transition from Concord to AMX was visual in nature, but to AMC’s credit you could get a 304/4-speed example for sure, and there may have been a couple of 401-powered escapees from Kenosha, one of which was shown by Hemmings ten years ago. It was a product of it’s time, you have to admit, and you have to view it in that sense…otherwise you’ll just see the AMX, like almost all others from the mid-to-late 1970s, and pathetic attempts to grasp back to the musclecar era.

In the United States, the advertising was bad…even the dealer promotions had dubbed-over V8 noise, faked tire screeching and an emphasis on the looks of the car over any kind of performance offering. They even managed that while having the cars lap a kind of autocross course with two blondes for the sex appeal. It’s known that AMC didn’t have money, but c’mon…that was bad, even by 1970s standards. We won’t discuss the product placement on Wonder Woman.

The commercial you will see here is for the VAM Rally AMX. Vehiculos Automotores Mexicanos (VAM) manufactured AMC products under license in Mexico. The cars had to have 60% locally-sourced parts, so that meant that interiors, trim and other items differed a bit from the American cars. The item that is most notable would be the 4.6L (282ci) VAM-specific, AMC-based inline six that was good for 200 horsepower. Available with a four-speed or a TorqueCommand automatic, it was at least on-par with the AMC offering. But VAM’s advertising made it look good…a police chase with a large, wallowing Pontiac in pursuit makes the Rally AMX look small, taut and capable, something that AMC was trying to get across to the market.

The Mongrel Gets Some Sexy New Dimple Died And Bead Rolled Panels To Tie The Cage To The Body Even Further Unhinged: There Is Life After The Musclecar Era, So Calm Down

One thought on “Classic YouTube: A VAM Rally AMX Commercial – The Mexicans Sold AMCs Better Than AMC Did!”