The Parting Shift: Chad Molests Another Transmission At The 2013 SEMA Show 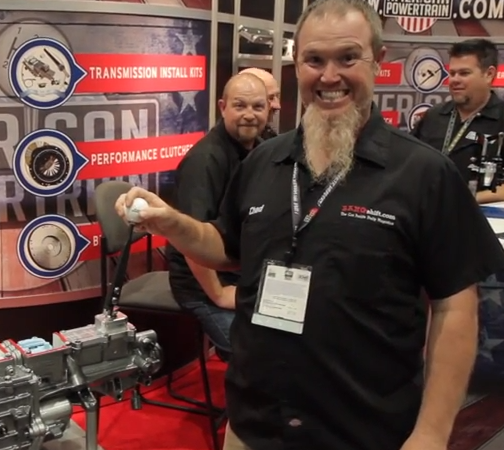 If watching a man play with his stick is offensive to you, then you should probably not watch this video. If it doesn’t bother you however, watch! Instead of the normal gear grabbing action video you expect for our weekly Parting Shift, Chad had other plans.

After shooting a video with the American Powertrain crew, Chad found himself playing with not one but two of their shifters. It was uncomfortable for some, but could have been much worse. Luckily Chad left immediately after satisfying both transmisson’s needs. And no trans or stick was harmed in the making of this video.

Powershift Will Be LIVE TONIGHT! 6pm Pacific/9pm Eastern! -- Watch The Infamous "Dirty Bird" Pontiac Firebird Lay Down More Than 1,200hp At The Tires On The Chassis Dyno

8 thoughts on “The Parting Shift: Chad Molests Another Transmission At The 2013 SEMA Show”