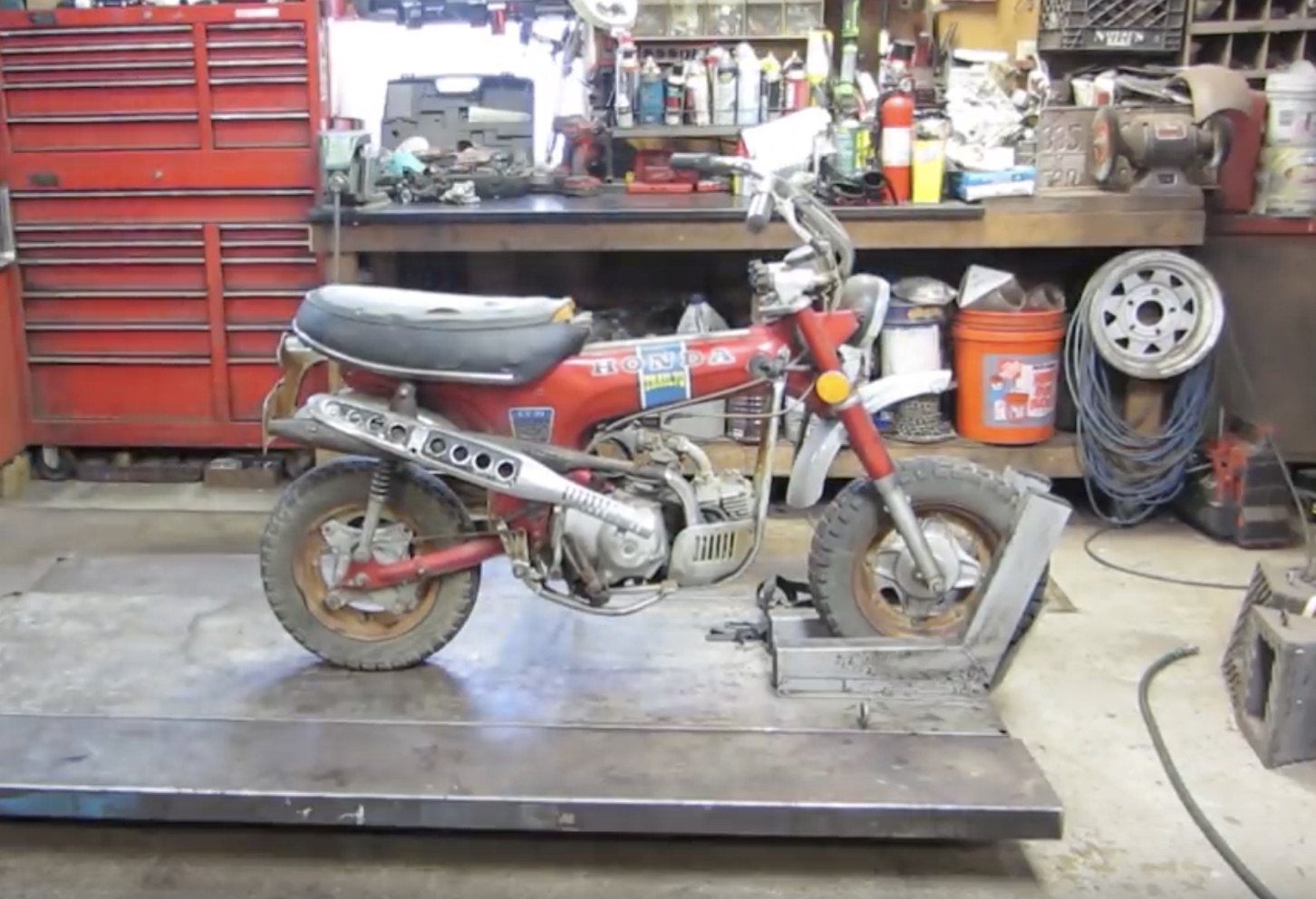 It’s amazing how just a little tinge of nostalgia goes a long way, isn’t it? I see a car that I loved that I haven’t seen in years and suddenly I’m all over it, remembering every little detail and feature. I hear a song from long ago and I can tell you the time period that I was in, when I first heard it and any memories that stand out that are correlated to the song. And seeing this little Honda Trail 70 pop up in my YouTube feed really flared off a bit of memory. For years, I was into bikes. My first was a 50cc Honda “monkey bike” that my younger brother and I both learned to ride when I was about ten years old. I quickly mastered the little Honda and soon had stepped up to a Trail 70. The poor creature wound up several different colors throughout my ownership, and at one point got sunk up to the handlebars in a “puddle” that is commonplace on backwood trails in western Washington. It’s also the first bike to hang it’s throttle on me…luckily I was only in first gear, but when you’re being dragged through four different kinds of thorny blackberry plants, salal bushes that can paper-cut the hell out of you and other assorted thick brush, it doesn’t matter how fast you are going. I learned how to do wheelies on the Trail 70 and learned how to really rip around trails without managing to kill myself in the process. I’m not too sure what happened to it…maybe it was traded off for the Yamaha YZ-80 that came next, I don’t remember anymore.

This is a revival and restoration deal in one. The bike itself is a 1972 CT-70 that has been in storage for at least twenty years, maybe more. It’s been well-used, as evidenced by the bent handlebars, and with it’s long amount of downtime, it’s going to need quite a bit of love in order to putter back into life again. Settle in and check out the teardown of this neat little scooter!

Do You Know How To Properly Load A Trailer? These Videos Show You How NOT To Do It! Wound Too Tight: One Overachieving Chevrolet Mud Romper!

4 thoughts on “Mini Bike Refreshing: The Teardown Of A Honda CT-70 Trail 70 Motorcycle”