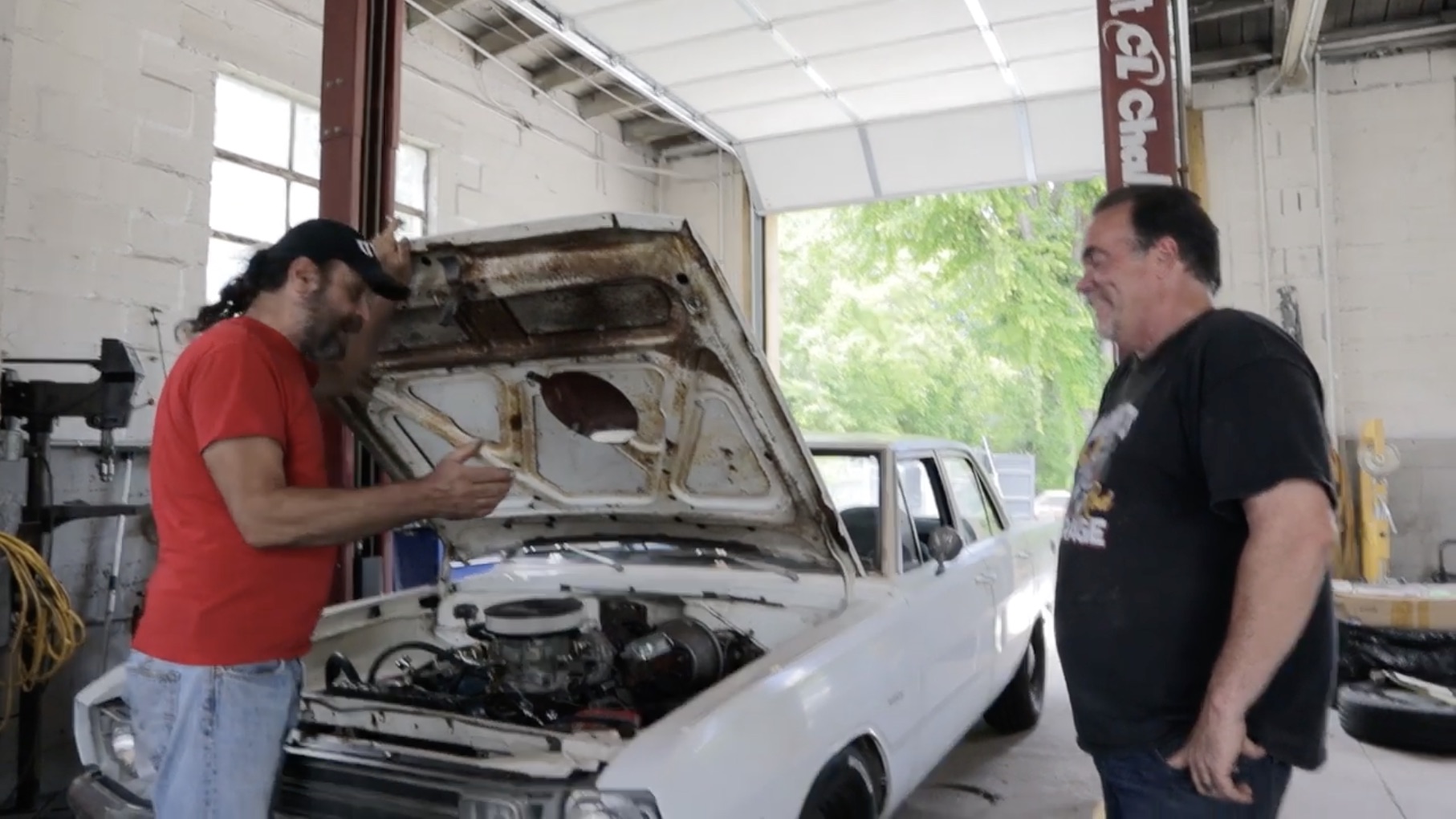 If there were no more V8 engines tomorrow, if they all just magically disappeared, the next obvious choice for horsepower freaks and geeks would be a turbocharged inline six, I’d bet. Think about it: The Jaguar XK6, the Chevrolet Stovebolt, the Ford Truck Six, the Toyota 2JZ, the Nissan RB26DETT, the Chrysler Australia Hemi-6. Every last one of these engines listed have merits beyond simply being the six-cylinder option. Every last one can be built to do some very interesting things…yes, even the Ford mill…and many, like the Jag, the Aussie Mopar and the JDM twins, have extensive records of kicking the teeth in on bigger and badder machines. Then there’s Chrysler’s Slant Six. Powerhouse? Eh…no. Built like an anvil? Oh, absolutely. It takes deliberate, sustained abuse to screw up a Slant Six. They can be wicked up to do good things. And Uncle Tony has recently been given the opportunity to work on one that’s pressurized.

Why a turbocharger on a Slant? Why not? The setup is a Grand National draw-through system that is adapted to the Slant’s intake system and the Dart itself is a basic sedan in white. Tell me that isn’t cool. Tell me that you wouldn’t think about this as a daily driver. Imagine it with an overdrive auto or a six-speed and a gear set that lines up properly for the powertrain. This is badass, and Tony has been given permission to turn the wick up on this little Dart. This is a neat little car and we can’t wait to see what comes from this!