Question Of The Day: Has YouTube Influenced Your Automotive Leanings Any, And If So, How? 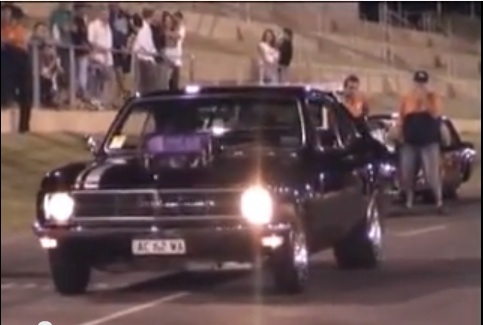 YouTube has been the world’s greatest drain on productivity since it appeared on the Internet in 2005. A majority of my day is spent surfing YouTube for work, never mind what I do on my time off. It’s cheaper than television and in most cases, twice as addictive and entertaining. Music videos on demand, footage of people being idiots, old CarJunkieTV clips…it’s all there and ready for viewing. One of the better elements that YouTube offers for the gear head is a worldwide view of what is going on in the automotive world at any point in time. But has any of it influenced anything you’ve done in your garage or backyard?

For proof, I’ll offer up the no-questions-asked biggest influence clip that I’ve ever seen: this is George Separovich’s Holden HK Monaro hazing the tires off. Prior to seeing this footage, I had known violent driving…I grew up with young and irresponsible parents, and bless them for it. But this was violent driving redefined: instead of running straight to redline Separovich held his methanol-injected and blown HK at the rev limiter as if it was a game of keeping the shift light lit up as much as possible. The noise from the engine is biblical, the tires never had a prayer, and towards the end, as it drives away, the flames from the twin dump exhaust pipes looked like they were spewing leftover hellfire, thus beginning an obsession with Australian automotive culture. How about you?

In The Shop With Emily: The Motor And Transmission Come Out Of The Impala Project SEMA 2015: The Strangest Sights At The Show - From Cars To B.J. Baldwin's Pet, It's Here, And It's Not Just Because Of Vegas

4 thoughts on “Question Of The Day: Has YouTube Influenced Your Automotive Leanings Any, And If So, How?”